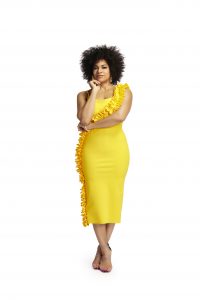 TORONTO, February 14, 2022 – This spring get ready to play the greatest game on earth as hit original series Big Brother Canada premieres its monumental 10th Season Wednesday, March 2 at 8 p.m. ET/PT. Hosted by Arisa Cox, who also serves as one of the show’s executive producers, Canada’s iconic reality show airs on Global three nights a week including Mondays (Head of Household), Wednesdays (Power of Veto), and Thursdays (Eviction). #BBCAN10 streamers can catch the new season live or on demand with STACKTV and the Global TV App and visit BigBrotherCanada.ca for the ultimate fan experience with exclusive content and free live feeds to watch every strategic move and plot twist unfold inside the house.

“Celebrating a milestone 10th season, Big Brother Canada is a reality TV trailblazer beloved by fans for its no-holds-barred approach to the internationally-renowned format,” said Troy Reeb, EVP Broadcast Networks, Corus Entertainment. “After nearly a decade, we’ve welcomed Canadians with all kinds of life experiences into the Big Brother house to join one of the wildest social experiments ever seen on TV, and we can’t wait for a new season of non-stop entertainment.”

“We’re so proud at Insight to have been a part of Big Brother Canada from day one,” said Erin Brock, Big Brother Canada EP and SVP & Showrunner at Insight Productions. “The love we have seen from fans over the past nine seasons has been nothing short of phenomenal and I can’t wait for them to see everything we have in store for the 10th wild season.”

SNAPSHOT OF BIG BROTHER CANADA SEASON 10 BROADCAST SCHEDULE
All times are ET and subject to change.

Stay tuned for additional announcements about Season 10 of Big Brother Canada including this season’s houseguests and the grand prize details.

Big Brother Canada hand-picks a group of strangers from all walks of life, sequesters them from the outside world, and places them inside a house outfitted wall-to-wall with cameras and microphones that capture their every move. Competing for a grand cash prize, each week the houseguests battle in a series of challenges that give them power or punishment, voting each other out until the fate of the final two is decided by a jury of fellow houseguests.

Ahead of this season’s ultimate showdown, fans can stream the biggest moments from Season 9 on STACKTV, GlobalTV.com and the Global TV App, and stay up to date on all things #BBCAN10 on BigBrotherCanada.ca.