Host Larry Gifford is Back and Partnering with Parkinson Canada,
The Michael J. Fox Foundation and Spotlight YOPD

Season 2 of the Curiouscast Podcast Launches on September 4 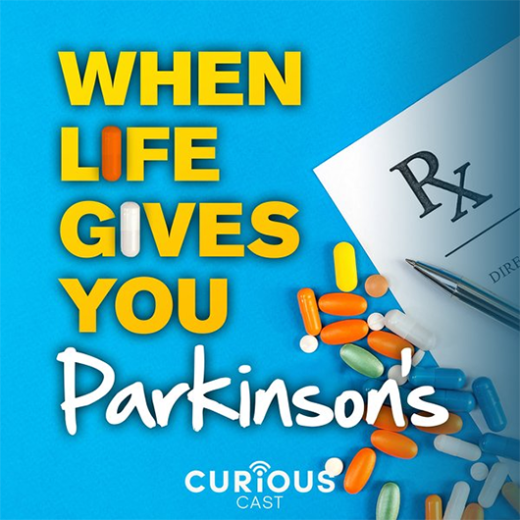 VANCOUVER, September 3, 2019 – When life gave Larry Gifford Parkinson’s disease, he made a podcast. That podcast, When Life Gives You Parkinson’s, was warmly received by the Parkinson’s community, serving as a source of comfort for all those affected by this incurable disease in its first season. Now back for a second season, Gifford and co-host Niki Reitmayer are celebrating the success of When Life Gives You Parkinson’s with an expanded slate of notable guests, including Rasheda Ali – daughter of legendary boxer Muhammad Ali, Tim Hague – Season 1 winner of Amazing Race Canada, Dave Clark – BBC Television Presenter, and more.

This season, Gifford and Reitmayer discuss what Gifford’s life is like now, two years into his diagnosis. Gifford’s wife, Rebecca, is also prominently featured each week offering the caregiver perspective and allowing listeners to eavesdrop on intimate conversations, like how Larry’s personality is changing and the realization that it’s time for separate beds. Their guests will also share their personal journeys and how faith, comedy and preservence play a key role in their ability to process and cope. As always, the team will also explore diet, exercise and alternative treatments.

Gifford, only 45 years old at the time, was diagnosed with Parkinson’s disease in August 2017 after a prolonged period of unexplained symptoms and tests with no answers. In sharing his diagnosis publicly, he discovered that, despite how far-reaching the effects of Parkinson’s disease are, there were few resources that took a human-centered approach.

“Going into the first season, I was unsure of what to expect. Although a deeply personal subject, I recognized that the Parkinson’s journey – as experienced by patients and their caregivers – are stories that needed to be shared to raise awareness and to connect with the global Parkinson’s community. While the podcast is rooted in my family’s story, it has given voice to dozens of others,” said Larry Gifford, Host of When Life Gives You Parkinson’s and National Director of Talk Radio at Corus Entertainment. “We have been amazed and humbled by the response internationally, and look forward to working with our three great partners to further awareness, drive funding for research and ultimately contribute towards finding a way to halt the disease.”

Playing a crucial role in the success of the first season, Parkinson Canada is strengthening its commitment to the podcast and has signed on as the presenting partner of the second season. Representing the U.K., Spotlight YOPD, the only charity in the world dedicated exclusively to the concerns of people diagnosed with Young Onset Parkinson’s Disease will be signing on as a content and promotional partner. The Michael J. Fox Foundation is also teaming up with Gifford to promote a series of events across the United States in 2019-2020 called “Parkinson’s IQ + You.” Gifford will be the live host and moderator for these free, educational, panel discussions and the events will be featured on Extra Dosage episodes throughout season two. These three organizations will play a vital role in connecting the podcast with those in their respective Parkinson’s communities.

“We applaud Larry Gifford for tackling important and often difficult subjects, with laughter along the way. Sharing this content and letting people know they are not alone removes stigma and creates a sense a community,” said Joyce Gordon, CEO, Parkinson Canada. “There are people and places to turn to for support and trusted information. It’s important that we foster conversations that lead to a better understanding of the complexities of Parkinson’s disease.”

“Larry’s Parkie podcasts feature great guests, concise interviews, a professional broadcast delivery and, most importantly, are an authentic portrayal of the condition conveyed for a PD audience by someone who has the disease,” said Gaynor Edwards, Found of Spotlight YOPD.

“We’re excited to play a role in such a great project that spotlight’s Larry’s own Young Onset Parkinson’s story.”  When Life Gives You Parkinson’s was a finalist in two categories in the Canadian Podcast awards and was named one of the best of 2018 by Apple Podcasts, Canada.

In addition to the advocacy and awareness he does through the podcast, Gifford also sits on The Michael J. Fox Foundation Patient Council and is on the board of the Pacific Parkinson’s Research Institute.  When Life Gives You Parkinson’s is hosted and produced by Larry Gifford, Niki Reitmayer, Dila Velazquez and Rob Johnston. Subscribe to get every episode, available on Apple Podcasts, Google Podcasts, Spotify or wherever you find your favorite podcasts. Listen now.