Apply For #BBCAN11 at BigBrotherCanada.ca Now
Until November 11

Stream Season 10 With The Global TV App And STACKTV 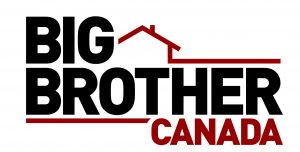 TORONTO, August 8, 2022 – Calling all Canadians! After a milestone 10th Season of Global TV reality sensation Big Brother Canada, it is time to find the next crop of houseguests! Today, Global and Insight Productions announced that casting is open across the country for Season 11 of Big Brother Canada. Coming to Global in 2023, Big Brother Canada is calling on Canadians to apply at BigBrotherCanada.ca for their chance to take home the crown on one of Canada’s most popular reality shows.

“With 10 Seasons of casting under our belt, we know that there is a massive wealth of incredible Canadians ready to bring their fire to Big Brother Canada and our legions of fans,” said Arisa Cox, Host and Executive Producer, Insight Productions/Big Brother Canada. “We cannot wait to dive into casting yet another group of future iconic players that will make their mark on the country, and our hearts.”

Starting today, Canadians can apply online at BigBrotherCanada.ca for their chance to become a #BBCAN11 houseguest, competing in a series of extreme challenges in one of the most high-stakes social experiments ever. Fans can also nominate friends on social media by tagging @bigbrotherca and using #FutureHOH for a chance to get noticed by Big Brother Canada’s casting team.

To qualify, houseguest hopefuls must be 19 years of age by February 1, 2023 and submit their applications by November 11, 2022. For more information, including a full list of rules and eligibility, head to BigBrotherCanada.ca.

Insight Productions is known for its award-winning ratings juggernauts and is Canada’s most established content producer and an industry leader in the development, financing, and production of hit programming.  Insight Senior Vice President Erin Brock serves as Executive Producer along with Insight’s Chairman, CEO and Executive Producer, John Brunton, on BIG BROTHER CANADA. The company has created some of the most dynamic and top-rated programs including Big Brother Canada, The Amazing Race Canada (the most watched Canadian show on record), Stronger Together/Tous Ensemble, Canada’s New Year’s Eve: Countdown, and The Tragically Hip: A National Celebration, a live concert special on CBC watched by one in three Canadians. Insight has also collaborated with the National Centre for Truth and Reconciliation as executive producers on Every Child Matters: Reconciliation Through Education and National Day of Truth and Reconciliation. Recently announced shows include Eurovision Canada, The Legacy Awards, and Canada’s Ultimate Challenge. Insight Productions was founded in 1979 and has since created thousands of hours of ground-breaking content. For more information on Insight Productions, please visit www.insighttv.com or on Twitter @insightprod or Facebook at www.facebook.com/InsightProductions