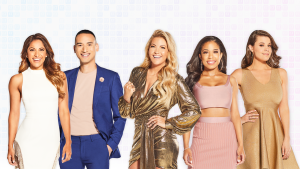 TORONTO, September 12, 2022 – Entertainment powerhouse ET Canada is kicking off fall TV season with an action-packed premiere week beginning tonight on Global. The 18th season sees ET Canada broadcasting from Calgary at the 2022 CCMA Awards presented by TD, touching down at the 74th Primetime Emmy Awards in Los Angeles, and bringing viewers up close and personal with all the biggest stars at the 2022 Toronto International Film Festival. The new season will also feature one-on-one interviews and exclusive specials with the Backstreet Boys, Nicole Richie and broadcasting legend Oprah Winfrey.

As Hollywood descends on Toronto for the 2022 Toronto International Film Festival, ET Canada is festival central, welcoming celebrities and filmmakers to the show’s official interview suite, ET Canada x TikTok Festival Central at the Shangri-La Toronto Presented by smartwater. ET Canada’s official interview suite returns to the Shangri-La Toronto hotel for the second consecutive year, and fans can tune in this week for one-on-one interviews with Tyler Perry, Michelle Monaghan, Glen Powell, Joe Jonas and many more. Offering round the clock coverage both on-air and online that begins tonight, ET Canada brings viewers up close and personal with Hollywood’s biggest and brightest stars.

Bolstering its festival coverage, ET Canada’s partnership with TikTok and smartwater features a roll-out of custom content pieces for ET Canada’s broadcast and digital platforms, in addition to the brands’ title sponsorship of the ET Canada x TikTok Festival Central at the Shangri-La Toronto Presented by smartwater. The campaign’s in-show and digital strategy includes celebrity interview segments with some of the biggest names in Hollywood, direct from the interview suite with exclusive content shared socially on ET Canada’s TikTok platform.

The celebrity star power doesn’t stop there as premiere week rolls on with all the latest awards show news from the 74th Primetime Emmy Awards in Los Angeles, and the 2022 CCMA Awards presented by TD, with Cheryl Hickey broadcasting straight from the red carpet in Calgary. This year, ET Canada is partnering with Travel Texas to bring fans all the latest CCMA news with their favourite Canadian country artists, producing custom pre and post-show coverage, as well as a unique contest experience in which one lucky viewer will win a once-in-a-lifetime getaway to the Lone Star State. Plus, Keshia Chanté is in Anaheim California for the D23 Expo, getting a sneak peek at some of the biggest titles to be released this year and conducting Canadian exclusive interviews with Sebastian Stan, Gal Gadot, Barry Jenkins, Ariana DeBose and more.

Then, in a Canadian broadcast exclusive, ET Canada welcomes the iconic Oprah Winfrey for a half-hour primetime event, Icons: Oprah Celebrates Sidney airing Thursday, September 22, at 8:30pm ET on Global. The special will give viewers an inside look at the upcoming documentary Sidney, ahead of the film’s release on Friday, September 23 on Apple TV+. Watch as Hickey sits down with Winfrey and director Reginald Hudlin as they discuss producing the touching tribute to the late actor, and how the film honors Sidney Poitier and his legacy as an iconic actor, filmmaker and activist at the center of Hollywood and the Civil Rights Movement. 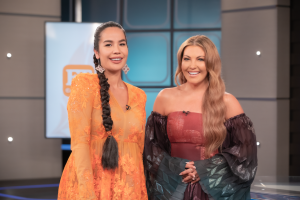 Finally, Hickey jets off to Montreal to interview the Backstreet Boys for an in-depth special, One on One with Backstreet Boys airing Friday, October 14 on ET Canada. Sitting down with the fan-favourite musicians while on their DNA World Tour, the band opens up about their 30th anniversary, life on the road, performing with Drake in Toronto, and the inspiration behind their upcoming holiday album A Very Backstreet Christmas. 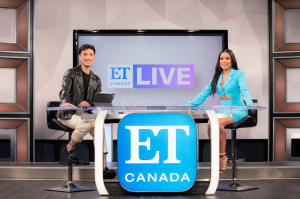 Keeping viewers engaged with its slate of original digital series, ET Canada delivers new daily episodes of ET Canada Live, its half-hour talk series streaming on the brand’s Facebook and Youtube platforms, that offers fans to engage in real time, bringing viewers the day’s top headlines, live. Plus, there will be new episodes of Royal Rewind with Morgan Hoffman, the series that supplies “royal watchers” with all the latest news on the British Royal Family, and ET Canada Pride, a digital hub fronted by Dallas Dixon where the LGBTQ2+ community and its allies come to share their stories. Entertainment news never sleeps with ET Canada’s digital dominance, providing fans 24/7 updates on etcanada.com. The brand’s social footprint boasts over 2.3 million combined followers across its Youtube, Instagram, Twitter and TikTok platforms.