Pete Holmes Leads in New Comedy How We Roll March 31

Stream Global Anytime with STACKTV and the Global TV App 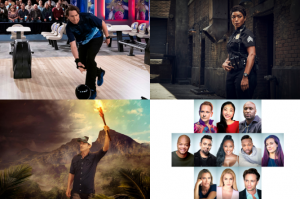 “Whether it’s the most-watched reality shows or the most-anticipated new scripted series based on real events, Global’s content will have audiences talking this March,” said Troy Reeb, Executive Vice President, Broadcast Networks, Corus Entertainment. “From the return of ratings juggernauts Survivor and Big Brother Canada to star-studded series premieres The Thing About Pam and How We Roll, Global is home to the shows that will be making headlines this spring.”

Beginning this Wednesday, Celebrity Big Brother returns for a third season February 2 at 8 p.m. ET/PT with a group of celebrities including two-time NBA champion Lamar Odom, former Real Housewives Cynthia Bailey and Teddi Mellencamp, and Saturday Night Live alum Chris Kattan among others living together in the Big Brother house. Julie Chen Moonves returns as host. Following the premiere, Celebrity Big Brother will air on multiple nights each week throughout February, with the finale on Wednesday, February 23.

Global’s new midseason shows and award-winning lineup of returning hit series are also all available to stream anytime on STACKTV, GlobalTV.com and the Global TV App.

This March, Global is the Canadian home to limited series The Thing About Pam, based on the hard-to-believe, real-life story that became a worldwide true-crime phenomenon. Starring two-time Oscar-winning actress Renée Zellweger who will make her broadcast TV debut as both executive producer and star alongside Josh Duhamel and Judy Greer, the six-episode straight-to-series order is produced by Blumhouse Television, NBC News Studios and Big Picture Co. Jenny Klein is showrunner and executive producer of the series based on the 2011 murder of Betsy Faria that resulted in her husband Russ’s conviction, although he insisted he didn’t kill her. He was later exonerated. The brutal crime set off a chain of events that would expose a diabolical scheme deeply involving Pam Hupp, played by Zellweger.

Then, based on the life story of professional bowler Tom Smallwood, How We Roll is a new scripted comedy series which stars comedian Pete Holmes as Tom, a stoic Midwest husband and dad who gets laid off from a car assembly line and makes the extraordinary decision to provide for his family by following his dream of becoming a professional bowler.

As a skilled player, Tom knows that in bowling you get two chances: no matter what you do with the first ball, you get another one to make it right – the ultimate second chance. Keeping that in mind, he begins his new career with the loving “OK” from his wife, Jen (Katie Lowes); the unfaltering support of Archie (Chi McBride), his mentor and the proud owner of “Archie’s Lanes: Home of the Curly Fry”; the cautious backing of his protective mom, Helen (Julie White); and the encouragement of his son, Sam (Mason Wells). It remains to be seen if Tom will strike it big on the pro bowler circuit, but right now, the pins are set, he’s taking his second shot, and it’s 300 or bust.