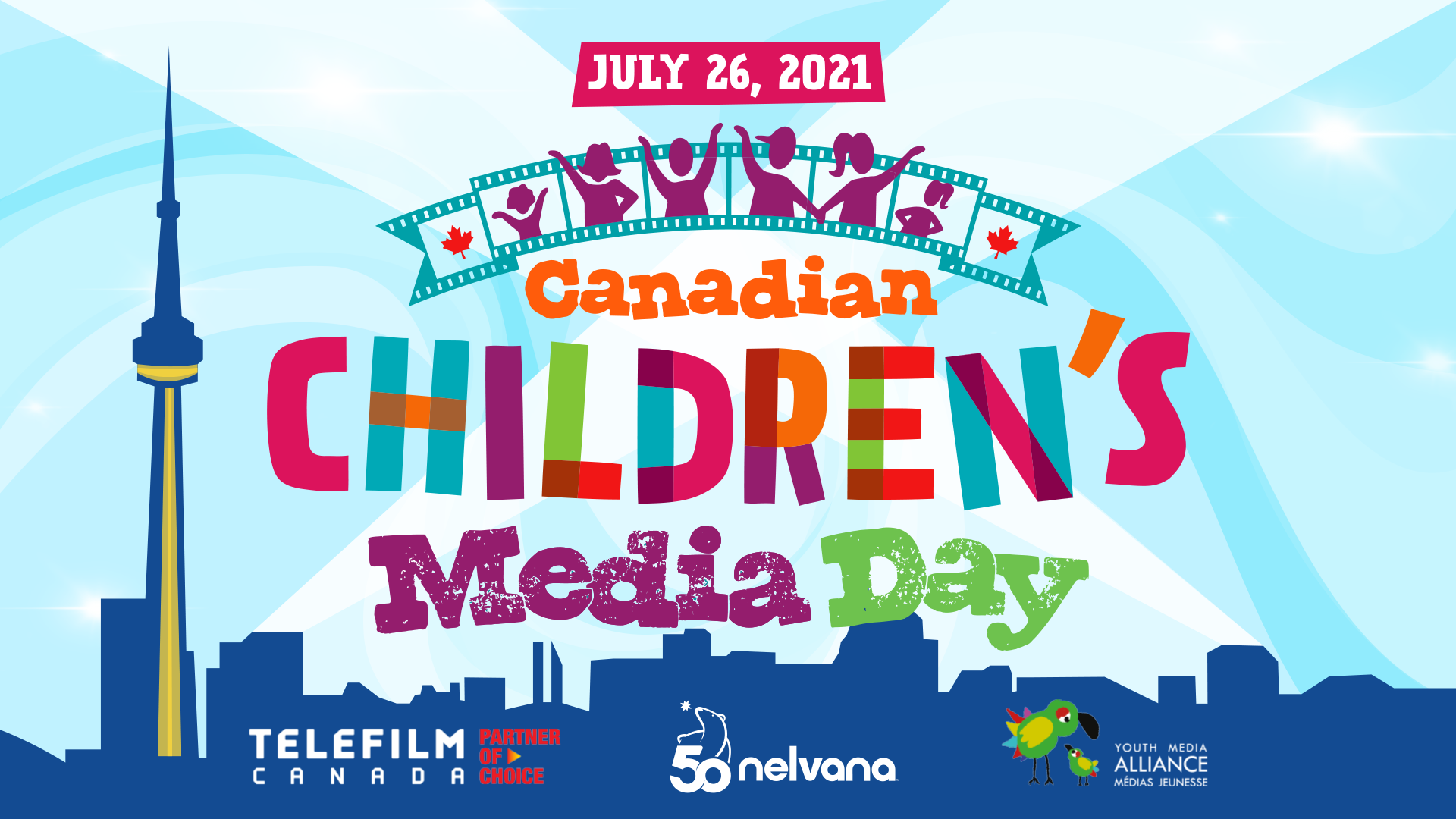 TORONTO, July 14, 2021 —Corus Entertainment’s Nelvana, a world-leading international producer, distributor, and licensor of children’s animated and live action content, together with Telefilm Canada and the Youth Media Alliance today announced the proclamation of July 26, 2021 as the first Canadian Children’s Media Day. In honour of Nelvana’s 50th anniversary this year and the studio’s lasting impact on Canada’s media industry, Canadian Children’s Media Day was established as a way to celebrate Canada’s successes and growing position as a trailblazer in the global animation and children’s media industry.

To inspire the next generation of animators and kids’ content creators, Canada’s most recognizable and celebrated icon, the CN Tower, will light up the sky on July 26 in blue and gold, colours inspired by Nelvana’s golden jubilee. Nelvana will also host a panel event that evening on how Canada has become a shining star in the animation and children’s media industry. The free-to-attend virtual event will feature a panel discussion, moderated by The Globe and Mail’s Executive Editor Angela Pacienza, with Nelvana’s Head of Development, Athena Georgaklis, Telefilm’s Vice President, Promotion, Communication and International Relations, Francesca Accinelli, Sheridan College’s Dean of Animation, Arts and Design Ted Gervan, and The City of Toronto’s Program Manager, Film Sector Development, Magali Simard.

“As Nelvana celebrates its 50th anniversary this summer and throughout the coming year, we are extremely excited to partner with our dear friends at Telefilm Canada and the Youth Media Alliance to proclaim the first-ever Canadian Children’s Media Day,” said Pam Westman, President of Nelvana. “Nelvana’s legacy has helped cement Canada’s position as an innovator in animation and we hope that by establishing Canadian Children’s Media Day as an annual day of recognition and celebration, we can help inspire the next generation of ground-breaking storytellers.”

Founded in 1971 by Michael Hirsh, Patrick Loubert, and Clive A. Smith, Nelvana is one of Canada’s oldest animation studios, producing well over 4,800 episodes of programming airing in over 180 countries around the world and has earned over 70 major international awards including Emmys® and Canadian Screen Awards.

“As we look back on Nelvana’s 50 year history, and how the Toronto-based studio has contributed to the success of the Canadian screen-based sector, we are a proud partner of this exciting initiative in celebration of Canada’s thriving children’s media industry,” said Christa Dickenson, Executive Director & CEO of Telefilm Canada.

“Canadian children’s media is, without a doubt, a source of great pride for the industry and the city as a whole. I am pleased to proclaim Canadian Children’s Media Day on July 26 to celebrate the achievements of our homegrown studios and look forward to the future filled with more Canadian content,” said Mayor John Tory, City of Toronto.

10 a.m. – 3:30 p.m.: Corus Entertainment’s top kids’ networks, YTV, Treehouse and TELETOON, will be featuring the best of Canadian content with back-to-back episodes of fan-favourite series, including:

More events to be announced!

About Nelvana
Entertaining kids for over 50 years, Nelvana is a world-leading international producer and distributor of children’s animated and live-action content. Nelvana produces a stable of award-winning and globally renowned brands that focus on comedies, preschool and action series, and ancillary consumer products programs. Nelvana’s content airs on Corus Entertainment’s kids channels in Canada and in over 180 countries around the world. The Nelvana library has well over 4,800 episodes of programming and has received over 70 major international program awards including Emmys® and Canadian Screen Awards. Visit the Nelvana website at nelvana.com.

About Telefilm Canada
Telefilm is dedicated to the cultural, commercial and industrial success of Canada’s audiovisual industry. Through funding and promotion programs, Telefilm supports dynamic companies and creative talent at home and around the world. Telefilm also makes recommendations regarding the certification of audiovisual treaty coproductions to the Minister of Canadian Heritage and administers the programs of the Canada Media Fund. Launched in 2012, the Talent Fund raises private donations to principally support emerging talent. Visit telefilm.ca.