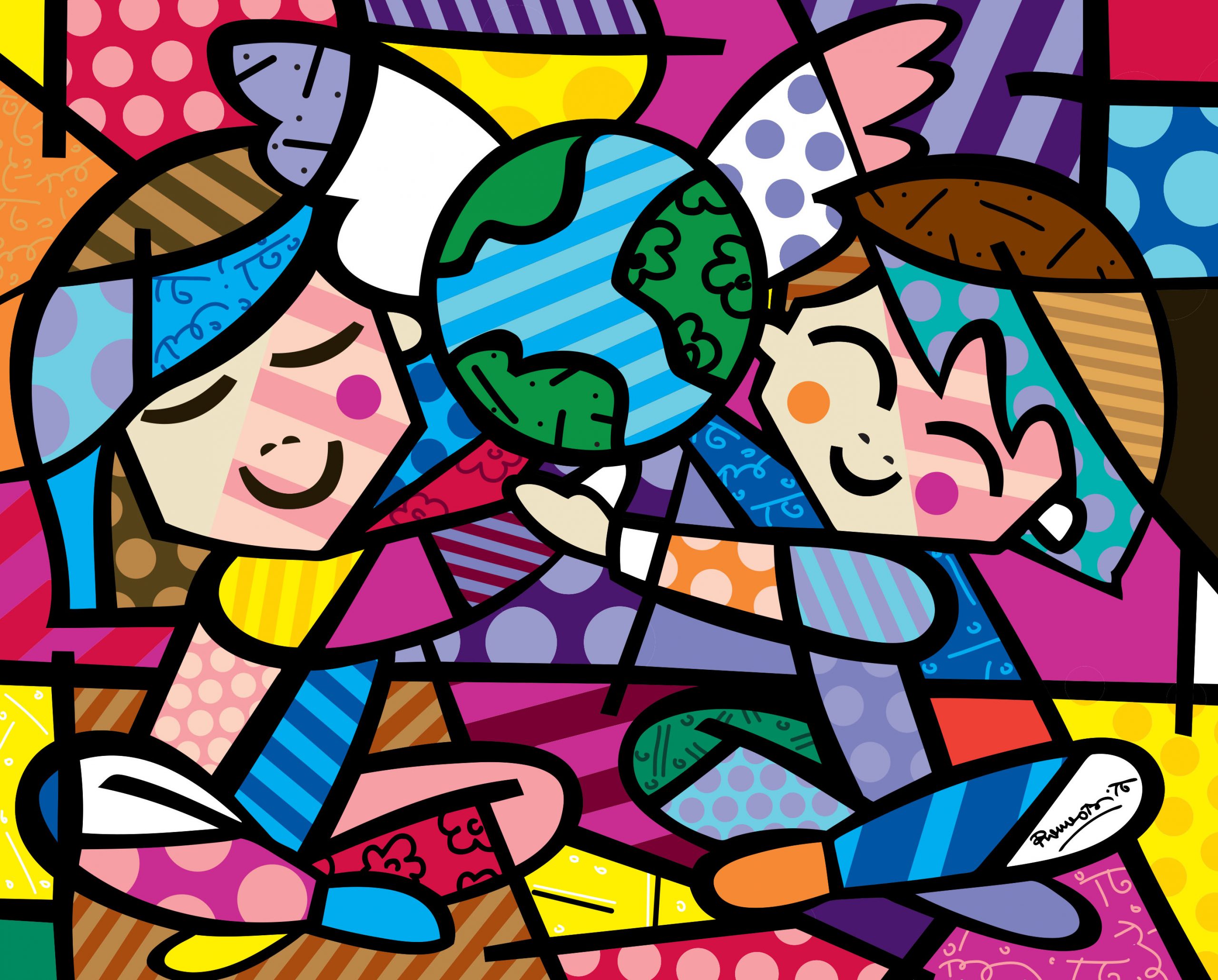 Children of the World, Romero Britto

“We are thrilled to work with Grey Matter and UTA to share Romero Britto’s signature and dazzling visions with young audiences,” said Athena Georgaklis, Head of Development, Nelvana Studios. “His inspirational art serves as a profound reminder of the limitless world of creativity, and we’re proud to show children that art lives and breathes everywhere – especially from within.”

“I hope my story and my colors can inspire kids and families to make the world a better place,” said Romero Britto. “I’m excited to bring my art to life on screen and share it with children around the world.”

Happy Art Happy Life follows Romero, a cool and sharp-dressed bulldog (Britto’s alter ego) who lives, paints and sculpts in an exotic art studio. Alongside Romero is an animated ensemble of friends, all of whom are all budding artists in various disciplines, such as finger painter, paper maché sculptor, found object designer, and street muralist. Each 11-minute episode presents an array of inspiring and visually stunning standalone segments created to empower kids through art.

About Romero Britto
With an iconic style that The New York Times described, “exudes warmth, optimism and love”, Romero Britto is an international artist that uses vibrant, bold and colorful patterns to reflect his optimistic view of the world around him. His playful themes and hard‐edged compositions, combined with his unique talent, unshakable resolve and belief in his art, have granted him worldwide recognition, with exhibition in galleries and museums in over 100 countries and counting. The artist’s pop sensibility has leant itself to collaborations with global brands such as Audi, Bentley, Coca‐Cola, Walt Disney, Evian, Hublot, and Mattel, to name a few. Britto’s work evokes happiness and hope using a visual language all its own and is, simply, relatable to all.

About Grey Matter
Grey Matter produced the summer sensation LIGHTS OUT, starring Teresa Palmer and Maria Bello, which grossed nearly $150M worldwide on a $5M budget as the feature debut of director David Sandberg. A sequel is in active development. Grey Matter also has the prestigious UNTITLED BRUCE LEE biopic with the daughter of Bruce Lee, Shannon Lee, as well as the UNTITLED PANAMA PAPERS project, based on the forthcoming book by Pulitzer prize winning journalist Jake Bernstein, with Stephen Soderbergh attached to direct. Other upcoming projects on the Grey Matter film slate are the MI6 formation story “Section 6” (Universal), which Joe Cornish will direct; the Santa Claus origin story “Winter’s Knight” (Sony), which will be directed by “Pirates of the Caribbean: Dead Men Tell No Tales” directors Joachim Ronning and Espen Sandberg.