Host/Comedian Eats His Way Across North America, Checking the Most
Mouth-Watering Dishes and Unforgettable Food Adventures Off His List

Get a first look at Big Food Bucket List here For photography and press kit material visit the Corus Media Centre To share this release socially use: bit.ly/2L8SPGO 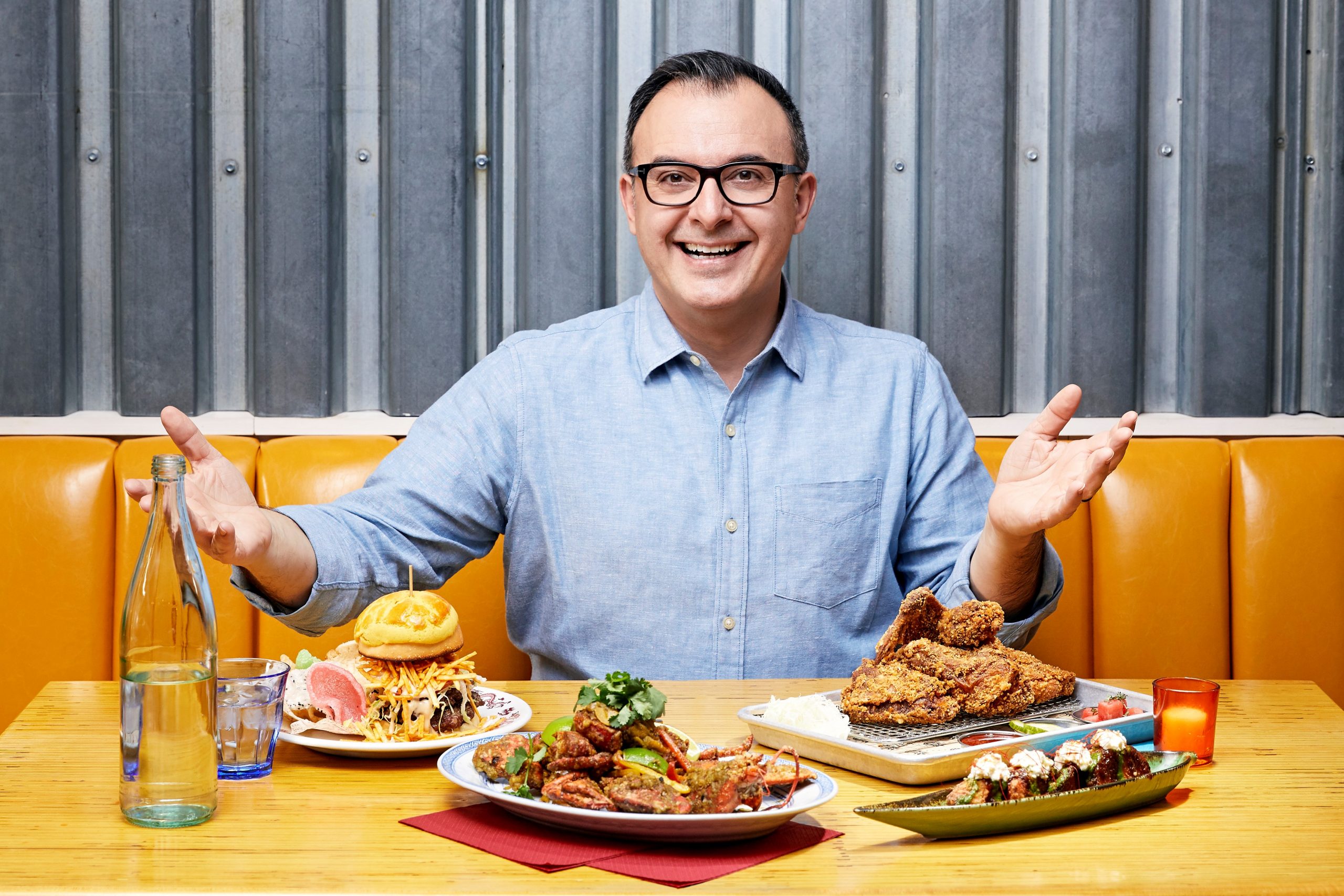 Viewers know John Catucci from his five seasons as host of the Food Network Canada hit series, You Gotta Eat Here!. Now he’s back for another helping of over-the-top, delicious food, but this time around, he’s on mission to find highly-recommended favourites to check off his Big Food Bucket List. Each episode, John visits three restaurants across North America and tries their must-eat meals. Then he hits the kitchen to lend a hand and learn how the chefs make their mind-blowing creations.

In the premiere back-to-back episodes, “Rolling in the Deep Dish” and “More Than Meats the Eye”, airing May 24 at 9 p.m. and 9:30 p.m. ET/PT, John dives into the original deep dish pizza in Chicago, Ill. and learns how to make a mile-high pizza pie. In Toronto, Ont., he’s off to feast on a burger with a sweet pineapple bun and jerk lobster fit for a king at a spectacular Jamaican-Chinese joint. Then John visits Louisville, Ky. to try out some truly authentic Kentucky fried chicken at a world-famous historic location before heading to Boston, Mass. to dig into the ultimate surf and turf burger topped with a juicy lobster tail, as well as mind-blowing fried lobster and waffles.

This season, John will try drool-worthy dishes that include an Instagram-famous, ooey-gooey spaghetti grilled cheese from Irvine, Calif., seared scallops straight from the sea in Halifax, N.S., hand-rolled pasta perfection in Vancouver, B.C., and authentic New Orleans, La. fried chicken said to be Beyoncé’s favourite. John also satisfies his sweet tooth with treats like authentic New Orleans Bananas Foster, sinfully delicious hazelnut chocolate French toast from Calgary, Atla., and fluffy blueberry pancakes from a Nova Scotian sugar shack. Along the way, John also takes part in some unforgettable food adventures including a decadent medieval feast where no forks are allowed, learning the tricks of the trade at an apple orchard, getting smoked meat lessons from a pit master, and venturing to an authentic Canadian sugar shack. Tourism Nova Scotia joins as a sponsor for three episodes, providing John with restaurant recommendations for bucket list-worthy dishes that highlight the province’s rich culture and fresh and local way of life.

Viewers can visit foodnetwork.ca to learn more about the series, find featured restaurants through an interactive locator map, check out exclusive recipes, behind the scenes content, and watch full episodes after broadcast.

Ahead of the premiere of Big Food Bucket List, John Catucci will be available on May 23 for in-person interviews in Toronto and phone interviews nationally. Additional interview opportunities available upon request.