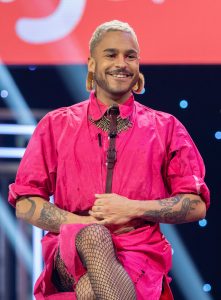 TORONTO, March 11, 2022 – It was an eventful week in the Big Brother Canada house as the BBCAN10 players fought hard and formed new alliances, eventually closing the curtain on Toronto theatre director Jay Northcott’s game. During Big Brother Canada’s milestone 250th episode, Petit Rocher’s Martin “Marty” Frenette nominated social player Jay as his target alongside Thunder Bay’s Jacey-Lynne Graham. However, Jacey-Lynne took herself off the block after winning the POV, resulting in Marty blindsiding Edmonton’s Betty Yirsaw, who went up on the block as the replacement nominee. In the end, “Petty Betty” managed to avoid eviction, sending Jay to the wings in a vote of 10 to 2.

“Equity, diversity and inclusion is really important to me and I try to use that in every space and system that I’m in,” said Jay. “Being able to connect with a lot of the houseguests in the way of things that are common and things that are very different, understanding our own biases, and continuing to work together as a house is great.”

Determined to make a big move in the game with his newly minted power, Head of Household, Maritime Marty, put up Jacey-Lynne and his prime target: social player Jay. It was a tight race between the two nominees in the “Master Baker” competition, but in the end, slow and steady won the bake and Jacey-Lynne determined her own fate by removing herself from the block with her POV win. While the houseguests offered Marty their replacement nom suggestions, the Acadian had other fish to fry!  He decided one less vote that would keep Jay in the house was best for his game, choosing to blindside Betty, putting her up as the replacement nominee.

It was also an emotional week in the Big Brother Canada house as Jay held a thoughtful smudging ceremony for the houseguests. Then, the houseguests witnessed a pinnacle moment of one of the greatest showmances in BBCAN history when former houseguest Demetres Giannitsos’ proposed to BBCAN legend Ika Wong, back where it all began. But after a hard-fought battle and an enlightening speech, the theatre director became the second houseguest evicted on Big Brother Canada Season 10.

Thursday’s episode concluded with the HOH competition, “Tough Sledding,” where Halifax’s Kyle Moore slid his way to victory, becoming the next HOH in the BBCAN10 house. However, Kyle’s reign could be impacted with the latest BBCAN twist! As announced in-show, Canada now has the opportunity to guarantee one more houseguest’s safety this week with the belairdirect Eviction Protection Insurance vote where one lucky houseguest is granted safety from next week’s eviction. Voting is now open until Friday, March 11 at 2 p.m. ET at bigbrothercanada.ca/belairdirect.

New this season, Wendy’s® is also the proud sponsor of “After the Eviction Interview” – an extension to host Arisa Cox’s in-show interviews. Delivering exclusive access to the houseguests directly following their eviction every Thursday, fans can catch the interviews live on the #BBCAN TikTok account @BigBrotherCA, also available on Facebook and BigBrotherCanada.ca the next day. Then watch Global’s The Morning Show Friday morning at 9:50 a.m. ET to catch Jay’s first broadcast interview, in addition to ET Canada at 7:30 p.m. ET on Global.

Watch the drama heat up on Global, Monday at 8 p.m. ET/PT to see who Kyle nominates for eviction, Wednesday at 7 p.m. ET/PT to find out who wins the Power of Veto and Thursday at 8 p.m. ET/PT for Eviction night. In addition, fans can become flies on the BBCAN wall as the live feed are now streaming at bigbrothercanada.ca. 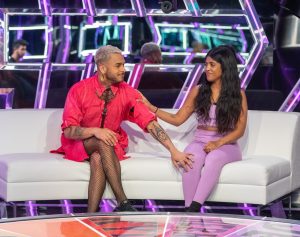