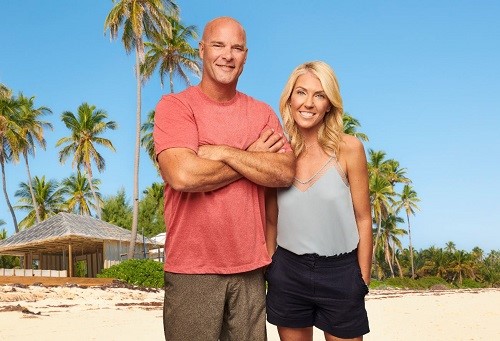 TORONTO, May 16, 2019 – HGTV Canada’s Bryan and Sarah Baeumler are in the midst of their biggest project yet: rebuilding and restoring a beachfront resort in the Bahamas. Their island adventure has viewers hooked, as Island of Bryan breaks HGTV Canada ratings records with the first four episodes becoming the most-watched individual episodes of any program on the network in over 10 years.* The series continues to sustain and grow its audience week-to-week, with the fourth episode generating a 6% increase from the premiere’s audience among A25-54.** With seven episodes remaining, the series is currently the #3 program across all of Canadian Specialty in Spring ’19.** Island of Bryan follows the success of Season 2 of Bryan Inc. which ranked as the #1 program on HGTV Canada last spring.***

Island of Bryan is also overperforming on HGTV Canada’s digital and social media platforms. The success extends online where the series launch gallery received more than 1.8 million page views to date, while the first five episodes are currently the Top 5 most-viewed episodes on HGTV.ca.**** Creative and engaging social media content for the series has reached over six million users and delivered an average engagement rate of 37.72%, with top performing content including the series promo and series tease.

Since his first television series on HGTV Canada in 2007, Bryan Baeumler has led seven of channel’s Canadian Original series, including Canada’s Handyman Challenge, Disaster DIY, Disaster DIY: Cottage Edition, Leave It to Bryan, House of Bryan, and Bryan Inc., where his wife Sarah officially joined him as co-host. Bryan and Sarah also appear together in HGTV Canada’s Home to Win.