IN THE FIRST UNANIMOUS VOTE OF THE SEASON, HALIFAX’S KYLE MOORE IS EVICTED FROM THE BIG BROTHER CANADA HOUSE

IN THE FIRST UNANIMOUS VOTE OF THE SEASON, HALIFAX’S KYLE MOORE IS EVICTED FROM THE BIG BROTHER CANADA HOUSE

Watch Big Brother Canada Monday at 7 p.m. ET/PT on Global to See Who Becomes the Next HOH 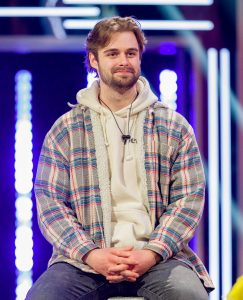 TORONTO, March 25, 2022 – After the most tumultuous first few weeks in Big Brother Canada history, Head of Household, Gino Giannopoulous, cranked up the heat by backdooring his closest ally, Halifax’s Kyle Moore. After nominating Marty Frenette and Jess Gowlings for eviction, Marty won the POV and took himself off the block, giving Gino a stellar opportunity to gain back the house’s trust. In the end, the only way to defuse last week’s chaotic reign was to give the houseguests what they wanted – backdoor Kyle.

“This was one of the coolest experiences of my entire life,” said Kyle. “I came in as a superfan and so I think I kind of overestimated how well I was viewing the house. I thought I knew where things were playing out and I just didn’t communicate. It’s one of my strongest suits outside of this house and then inside this house I just kind of let it fall by the wayside.”

After claiming the HOH win last week, coming out victorious from a four-way tiebreaker, Laval firefighter Gino attempted to restore order in the house. He re-established his position as a top player by nominating Marty and Jessica for eviction after the shocking reveal that Marty was the mastermind behind last week’s surprise Josh nomination. Gino couldn’t believe his French connection would flip sides and he marked a major target on Maritime Marty’s back. But Marty became the fourth straight nominee to take themselves off the block after winning the POV. Then in true Big Brother fashion to “expect the unexpected,” HOH Gino made a resumé move by putting up his ride or die Kyle as the replacement nominee. In the first unanimous vote of the season, Kyle felt the BBCAN10 burn and became the fourth houseguest evicted from the game.

New this season, Wendy’s® is also the proud sponsor of “After the Eviction Interview” – an extension to host Arisa Cox’s in-show interviews. Delivering exclusive access to the houseguests directly following their eviction every Thursday, fans can catch the interviews live on the #BBCAN TikTok account @BigBrotherCA, also available on Facebook and BigBrotherCanada.ca the next day. Then watch Global’s The Morning Show Friday morning at 9:40 a.m. ET to catch Kyle’s first broadcast interview, in addition to ET Canada at 7:30 p.m. ET on Global. 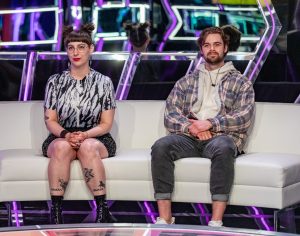