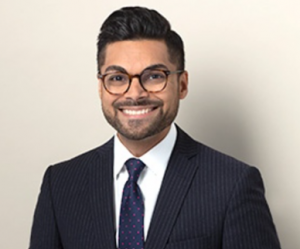 TORONTO, April 5, 2022 – Global News is pleased to announce that notable political affairs journalist Colin D’Mello will join the newsroom as new Queen’s Park Bureau Chief. He will be joining Global News in April.

“We are thrilled to welcome Colin to Global News and just in time to lead us through Ontario’s next and important provincial election,” said Mackay Taggart, Regional Director of News, Ontario. “His tenacious reporting has led the pack during the pandemic, breaking stories about government policy and provincial restrictions, and we couldn’t be happier to have Colin part of the team.”

Colin D’Mello is one of Ontario’s most prominent political journalists. He began his career as a radio reporter in Moncton, New Brunswick before returning to Ontario. He helped launch 1310 News in Ottawa and later reported for 680 News in Toronto. In 2011, Colin moved to television broadcasting, beginning a long run at CTV News where he most recently served as their Queen’s Park Bureau Chief. For the last few years he has also held the role of President of the Queen’s Park Press Gallery, advocating for journalists and helping to manage the relationship between newsrooms in Ontario and the provincial legislature.

He was born in Kuwait and lived there until 1998, crediting the events of the first Gulf War for shaping his interests in political reporting. Colin is a graduate of the broadcast journalism program at Seneca College and also currently works as a guest lecturer at Ryerson University.