The West Block, The New Reality and Crime Beat Return for New Seasons 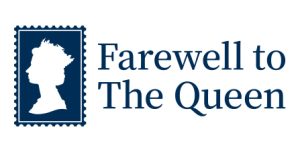 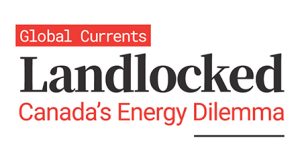 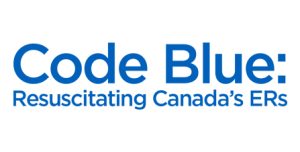 As a trusted source of information on television, radio and online, Global News continues to break through the noise. This fall, Dawna Friesen resumes her position as anchor for Canada’s most-watched evening national newscast Global National from Monday to Thursday, while veteran journalist Farah Nasser leads the flagship newscast Friday through Sunday. On weekends, Global News goes deeper into big issues and enterprise reporting with the current affairs program The New Reality on Saturdays and the political affairs talk show The West Block on Sundays.

ERs are hurting across Canada with issues that are leading to temporary closures, but the problems plaguing ERs and the impact on communities varies across rural areas and larger cities. Code Blue is a weekly series that carefully examines the current health-care crisis and what these complications have meant for patients, health workers and communities. With reports by Global News health reporters Teresa Wright and Jamie Mauracher, this series runs weekly on Tuesdays.

FAREWELL TO THE QUEEN – Monday, September 19

Global News will provide a historical special coverage of the funeral of Queen Elizabeth II with Dawna Friesen live from London, UK and Mercedes Stephenson from Ottawa, ON.

Landlocked: Canada’s Energy Dilemma is a documentary special that takes a deep dive into the current global energy crisis. The war in Ukraine has triggered a European energy crisis that has threatened the global economy and environment. Can Canada be a solution to Europe’s energy woes and how will this impact our commitment to fighting climate change? A team of Global News journalists will speak with some of Canada’s leading voices including a former premier, energy giant CEO, Indigenous elders, and others to discuss topics such as the business of oil and gas, political accountability and energy reconciliation.

Led by a team of award-winning journalists, The New Reality is a made-in Canada current affairs program that introduces audiences to extraordinary people, new concepts, unseen places and untold stories. The program showcases documentary-style features, enterprise and investigative reports, dynamic stories about the fabric of our communities and interviews with the people shaping our future.

Crime Beat is a true-crime series that takes viewers deep into some of Canada’s most infamous criminal cases. Hosted by Antony Robart and based on the highly successful podcast by Nancy Hixt, Crime Beat, showcases some of the best investigative crime reporting from the Global News reporters who covered the stories in real time. Using extensive archives and intimate family interviews, each week Crime Beat reveals new details that go beyond the news headlines, giving a voice to victims and their families, unraveling how each case was solved, and exploring the lasting impacts on the community and justice system. Season 5 of the Crime Beat podcast launches this November. All past episodes are available for free now on Apple Podcasts, Spotify or wherever podcasts are available.

The network’s flagship newscast Global National continues to air seven days a week, led by acclaimed anchors Dawna Friesen (Monday to Thursday) and Farah Nasser (Friday to Sunday). Global National is Canada’s early-evening national newscast that provides a distinctive voice and approach to the day’s top stories. The program has received multiple awards for its exceptional journalism including Best Newscast by the Radio Television Digital News Association (RTDNA) Canada and by the Canadian Screen Awards (CSA).