Stream Anytime with STACKTV and the Global TV App 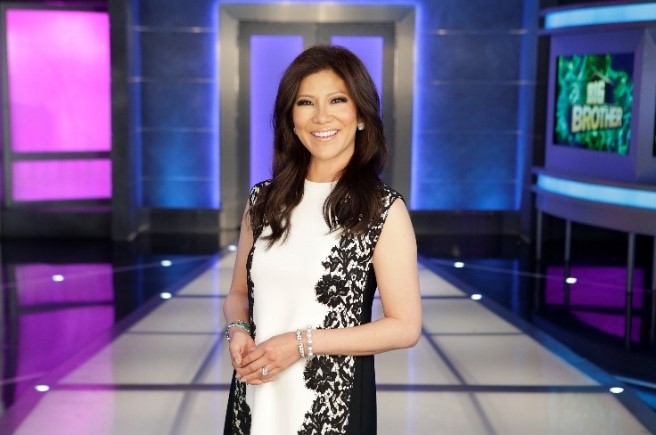 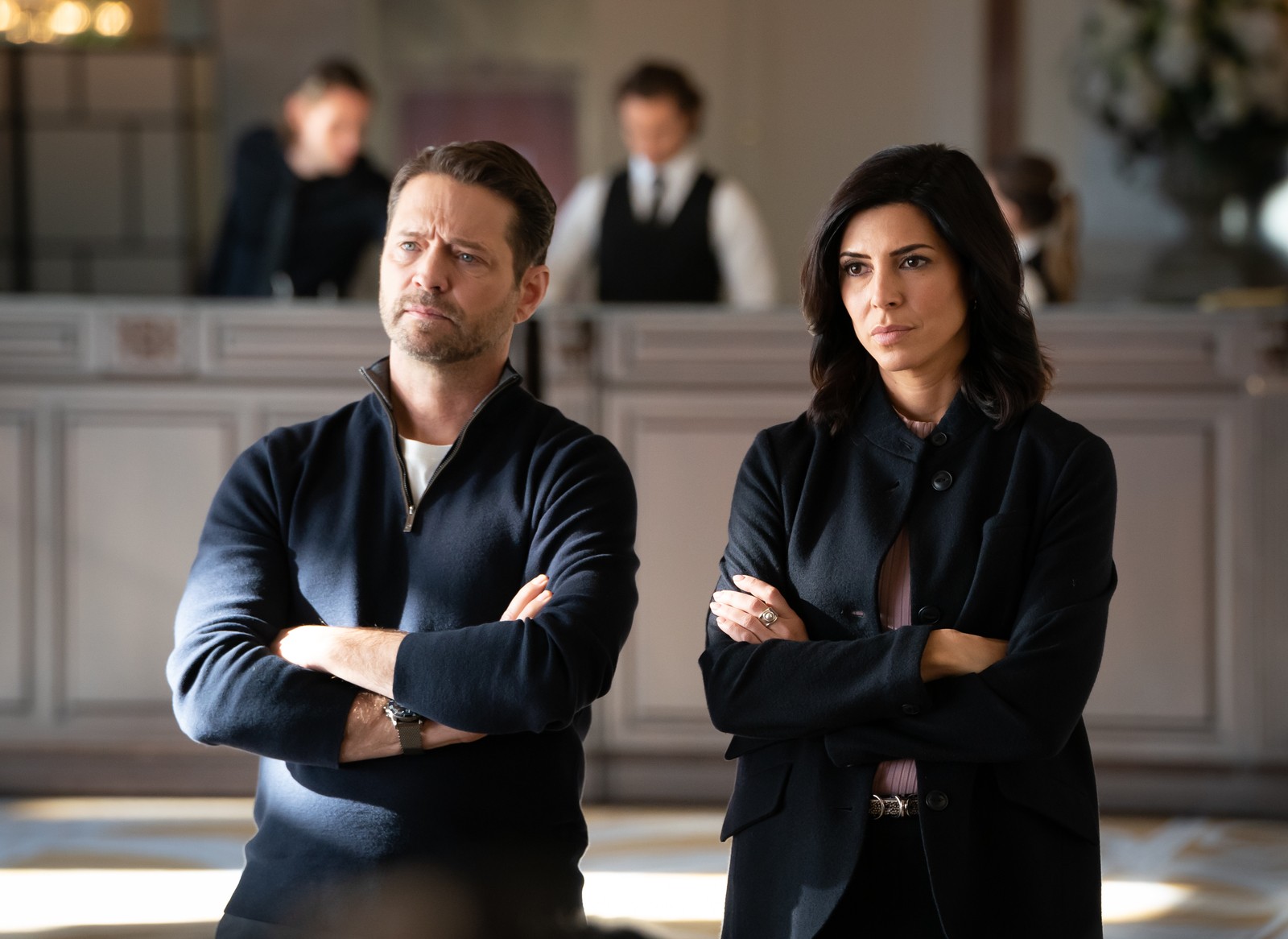 From L to R: The cast of Nurses, Big Brother Host Julie Chen Moonves, and

“We are thrilled to announce our summer lineup, featuring the perfect combination of new fun-loving summer content combined with Global’s fan-favourite series,” said Troy Reeb, Executive VP, Broadcast Networks, Corus Entertainment. “A special salute to our beloved powerhouse series Private Eyes – a highly celebrated Canadian treasure. With five seasons and 60 episodes of exceptional storytelling and an undeniably talented cast, we are extremely proud to have broadcast this series that captivated not only Canadian audiences, but fans from around the world.”

This summer kicks off with the Season 2 premiere of original medical drama Nurses, ready to scrub in for 10 new episodes beginning Monday, June 21 at 9 p.m. ET/PT. This season, the five nurses, Grace Knight (Tiera Skovbye), Ashley Collins (Natasha Calis), Keon Colby (Jordan Johnson-Hinds), Nazneen Khan (Sandy Sidhu), and Wolf Burke (Donald Maclean Jr.), return to St. Mary’s for another round of highly dramatic, emotionally charged episodes where they continue to put their patients first. New additions to the team include tough-as-nails nursing manager Kate Faulkner (Rachel Ancheril), who has been shipped in by a new regime to turn the hospital around in the wake of last season’s scandal. Broody and mysterious nurse Matteo Rey (Jordan Connor) struggles to find his place and questions whether he made the right decision to join St. Mary’s. Eternally sunny imaging tech Candy Kemper (Katie Uhlman) also joins, as does Dr. Ivy Turcotte (Humberly Gonzalez) who forms a romantic relationship with one of the nurses and harbours many secrets of her own. With all-new, high-stakes medical cases and romantic entanglements, the ﬁve nurses will heroically endeavour to help their patients, while still struggling mightily as they learn how to help themselves. Ahead of the Season 2 premiere, viewers can catch up on the first season of Nurses, now available on Global TV App.

Also in June, Global adds hilarious wildlife comedy series When Nature Calls with Helen Mirren on Thursday, June 24 at 8 p.m. ET/PT. When Nature Calls with Helen Mirren is a laugh-out-loud, one-hour unscripted comedy series that looks at the lighter side of the natural world. Much like the overall tone of the show, this role is designed for Helen to lean into her comedic talents while taking the audience on a visually enchanting and ridiculously hilarious tour of the animal kingdom. Based on a BBC Studios comedy format, the series features comedians putting words into the mouths of beautiful beasts, teeny-tiny frogs, beatboxing badgers and more in captivating footage from all over the world.

Then in July, the summer reality series Big Brother is back with a special 90-minute premiere Wednesday, July 7 at 8 p.m. ET/PT. Hosted by Julie Chen Moonves, Season 23 kicks off with a live premiere as the all-new group of Houseguests moves into the newly redesigned house. Houseguests are in for a high-stakes summer full of “Big Risks and Big Rewards”, where one wrong gamble could cost them everything. Beginning Sunday, July 11, the series airs Sundays, Wednesdays and Thursdays at 8 p.m. ET/PT.

Following the Big Brother premiere on July 7, Season 5 of Global original hit series Private Eyes premieres at a special time 9:30 p.m. ET/PT. Since debuting in 2016, Canada’s favourite detective duo are back on the case for one final season as Global bids a heartfelt farewell to the original hit series. Moving to its regular time slot at 9 p.m. ET/PT beginning Thursday, July 15 on Global, the final season will see Matt Shade (Jason Priestley) and Angie Everett (Cindy Sampson) doing some much needed soul searching after last season’s harrowing cliff-hanger forcing them to examine what – and who – is most important to them. While working on a series of cases helping others discover their truths, Shade and Everett are left to wonder if their truths are ultimately intertwined. New romances and a busy workload will keep them occupied for a while, but will they be able to admit to their growing chemistry?

Moving on to August, Global adds newly acquired scripted drama Fantasy Island to its lineup beginning Tuesday, August 10 at 9 p.m. ET/PT. As a reimagining of the legendary series with a powerful, contemporary twist, Fantasy Island delves into the “what if” questions that keep us awake at night, staying true to the semi-anthological format of the original with a handful of characters living on the island and new guests arriving in every episode. Each episode will tell emotional, provocative stories about people who arrive with dreams and desires and depart enlightened and transformed through the magical realism of Fantasy Island.

This rebirth of the series stars Roselyn Sanchez (Devious Maids, Grand Hotel) as Elena Roarke, a descendant of the original series’ Mr. Roarke, Kiara Barnes (The Bold and the Beautiful) and John Gabriel Rodriquez (Miranda’s Rights, Rosewood) round out the lead cast.

Global also adds two new gameshows to shake up the summer! First up, it’s about to get wild as Ultimate Slip ‘N Slide debuts with a special two-night premiere Sunday, August 8 at 10:30 p.m. ET/9:00pm PT and Monday, August 9 at 8 p.m. ET/PT. Following the premiere, the series will air Mondays at 8 p.m. ET/PT. Hosted by “Saturday Night Live” alumni, comedian and actor Bobby Moynihan, and comedian, actor and writer Ron Funches, Ultimate Slip ‘N Slide is a fresh take on Wham-O’s iconic 1960s outdoor game. This wet-and-wild new series takes the spirit of the classic backyard slide and transforms it into a real-life water park full of gigantic slippery rides with the chance to take home a big cash prize.

In the second gameshow; brains, brawn and family bonds collide as new reality competition series Family Game Fight! premieres Wednesday, August 11 at 9 p.m. ET/PT. Hosted by Kristen Bell and Dax Shepard, the fun-filled competition show pits America’s funniest husband and wife against one another as they are “adopted” into a family of four competing for $100,000 in a series of larger than life games. Marking the first time Bell and Shepard have paired up for a television project, Family Game Fight! is inspired by the couple’s competitive antics on The Ellen DeGeneres Show.

Private Eyes is produced by eOne and Piller/Segan in association with Corus Entertainment, with the financial participation of the Canada Media Fund, the Canadian Film or Video Production Tax Credit, the Ontario Film and Television Tax Credit and the Bell Fund. The series is executive produced by Jocelyn Hamilton and Tecca Crosby for eOne, Shawn Piller and Lloyd Segan for Piller/Segan, Jason Priestley, Alexandra Zarowny and James Thorpe. Piller, Zarowny and Thorpe are also showrunners.

Nurses is produced by ICF Films and eOne in association with Corus Entertainment, with the participation of the Canada Media Fund and the Canadian Film or Video Production Tax Credit, and the Ontario Film and Television Tax Credit. International distribution for the series is handled by eOne. Executive producers are Ilana Frank, Linda Pope, Jocelyn Hamilton, Patrick Tarr and Tassie Cameron with Julie Puckrin and Ley Lukins as co-executive producers. Adam Pettle is the series creator and executive producer.

Big Brother is produced by Emmy Award-winning producer Allison Grodner and Rich Meehan for Fly On The Wall Entertainment in association with Endemol Shine North America.

Ultimate Slip ‘N Slide is produced by produced by Universal Television Alternative Studio in association with Propagate and Critical Content.