Food Network Canada Indulges In All The Flavours Of Fall

FOOD NETWORK CANADA INDULGES IN ALL THE FLAVOURS OF FALL

FOOD NETWORK CANADA INDULGES IN ALL THE FLAVOURS OF FALL 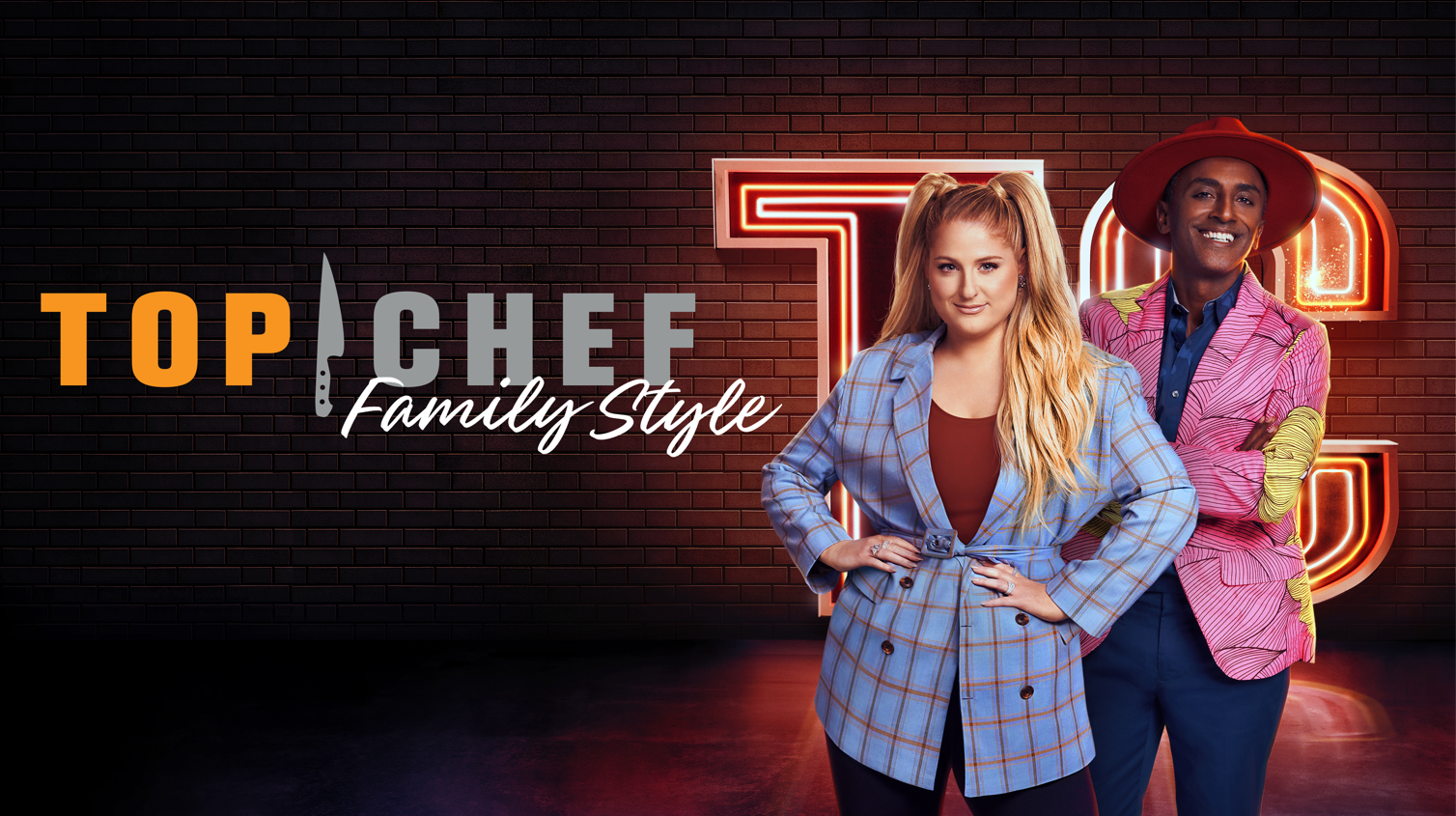 Get a Sneak Peek at Top Chef Family Style Here

Watch the Fall Promo and the First Look at The Big Bake: Halloween Here

TORONTO, August 25, 2021 – This fall Food Network Canada whips up eye-popping edible designs, thrilling competitions, and tantalizing Halloween-themed series that will have viewers diving in for seconds. The exclusive Canadian premiere of the highly-anticipated Peacock Original series Top Chef Family Style joins the slate September 16 at 9 p.m. ET/PT. The new series keeps it all in the family as 13 culinary prodigies sharpen their knives to compete with an adult family member in a high stakes and heart-warming competition. Grammy®-Award winning global superstar Meghan Trainor hosts with acclaimed chef, James Beard Award winner and best-selling cookbook author Marcus Samuelsson serving as head judge, along with special guests throughout the season. Starting September 13, Food Network Canada brings the fun and spirit of Halloween to homes with deliciously frightening new episodes every Sunday and Monday for six consecutive weeks.

Ben & Jerry’s Competition (1×90, 3×60)
New series premieres August 30 at 9 and 10:30 p.m. ET/PT
Over four episodes, host Molly Yeh challenges the ice cream makers to capture the essence of a celebrity or pop culture icon in a new and innovative ice cream flavour, inspired by the direction given from the celebrity themselves. In each episode, the competitors use a specially constructed ice cream lab on the Ben & Jerry’s factory grounds in Waterbury, Vermont. After concocting their creations, the competitors hit the streets to have the public vote their favorite flavour, with the winner earning immunity from elimination. Judges Jet and Ali Tila and Ben & Jerry’s Flavor Guru Chris Rivard determine which competitor was the least successful, sending that ice cream maker home and that flavour to the infamous Ben & Jerry’s Flavor Graveyard.

Money Hungry (5×60)
New series premieres August 31 at 10 p.m. ET/PT
Host Kal Penn tests the taste buds of everyday Americans, recipe developers and chefs in a high-stakes culinary competition. The competitors must prove they have super tasting abilities combined with extensive food knowledge to complete a series of increasingly difficult global taste tests. If they can trust their tasting skills and answer 15 culinary questions correctly, they get to walk away with $50,000.

Halloween Baking Championship, Season 7 (3×120 and 4×60)
New season premieres September 13 at 9 p.m. ET/PT
This season of Halloween Baking Championship pays tribute to 1980s classic slasher movies, kicking off with host John Henson welcoming 10 brand-new competitors to Camp Devil’s Food Lake where only their baking skills will help them survive. Each week the bakers must create killer cakes, creepy cupcakes and more, all to showcase their skills in challenges that pay homage to quintessential horror films. Judges Stephanie Boswell, Carla Hall and Zac Young will determine whose devilishly delicious desserts earn $25,000 and the title of Halloween Baking Champion.

Top Chef Family Style (14×60)
New series premieres September 16 at 9 p.m. ET/PT
A new groundbreaking family culinary competition series, the network welcomes Top Chef Family Style where 13 of the most talented young chefs from across the country will sharpen their knives and battle it out to prove that their culinary skills are aged to perfection. The culinary prodigies will each pair up with an adult family member who will serve as their partner. Together, the chef duos will compete in a series of exciting Quickfire and Elimination Challenges, bringing the perfect blend of high stakes, jaw-dropping talent and heart-warming humor. Each week, they will showcase their culinary prowess and teamwork, and one chef duo will take home the coveted title and be crowned the winners of Top Chef Family Style. The standout series is hosted by Grammy®-Award winning global superstar Meghan Trainor and acclaimed chef, James Beard Award winner and best-selling cookbook author Marcus Samuelsson serves as head judge. Throughout the competition, they’ll also have to impress special guests such as Jesse Tyler Ferguson and Jojo Siwa, as well as Top Chef host Padma Lakshmi, head judge Tom Colicchio and alums Richard Blais, Melissa King, Brooke Williamson and more.

The Great Food Truck Race: All Stars, Season 13 (6×60)
New season premieres September 16 at 10 p.m. ET/PT
The Great Food Truck Race is headed to the Wild West, where host Tyler Florence welcomes seven teams of brand new food truck operators as they embark on the adventure of a lifetime. Just like the pioneers, they’ll be using some of the West’s most distinct ingredients in challenges that test their culinary skills. Each week, they’ll race across the desert landscape to a new town where they’ll face new challenges, cook incredible dishes and, as always, try to outsell the competition. The team that earns the least will have to walk away from the wagon trail, but the two teams that have the grit make it to the end will square off for the $50,000 prize.

Halloween Wars, Season 11 (7×60)
Road to Halloween Wars (1×60) special premieres September 19 at 8 p.m. ET/ 10 p.m. PT
New season premieres September 19 at 9 p.m. ET/PT
In Halloween Wars, host and paranormal investigator Zak Bagans takes inspiration from his collection of dangerous and mysterious artifacts from his Haunted Museum in Las Vegas to challenge teams to create frighteningly intricate cakes that are as spooky as they are tasty. One team will be eliminated in each episode by a panel of judges featuring Shinmin Li, Aarti Sequeira and Eddie Jackson. In the end, only one team of elite cake and sugar artists will earn the coveted $25,000 prize.

The Big Bake: Halloween, Season 2 (5×60)
New episodes premiere September 27 at 8 p.m. ET/ 5 p.m. PT
The Big Bake is a larger-than-life baking competition series with themed episodes. In each episode, three professional baking teams have five hours to design, bake and decorate a grand-scale cake creation based on a particular theme. These bakers need to think big and bold, blowing up their designs to gigantic proportions and thinking outside the (bakery) box. In the end, the most Ambitious, eye-popping and delicious cake will go home with a $10,000 prize. In these episodes the bakers are challenged to create out-of-this-world Halloween cakes with frightful themes like “Love at First Fright”, “Monster Babies” “Aliens vs. Robots” and more. The series is hosted by television personality and restaurateur Brad Smith, alongside resident judges: celebrity chef Eddie Jackson, author and television personality Harry Eastwood and renowned pastry chef Ron Ben-Israel.

Chocolate Meltdown: Hershey’s After Dark (4×60)
New series premieres September 27 at 10 p.m. ET/PT
Chocolate Meltdown: Hershey’s After Dark, hosted by Sunny Anderson, is set in a candy wonderland. In the wee hours inside Hersheypark, brave confectioners navigate the eerily deserted amusement park solving clues and molding chocolate like champs and spinning sugar into gold in an all-out fight or fright competition.

Outrageous Pumpkins, Season 2 (4×60)
New season premieres October 3 at 10 p.m. ET/PT
In Outrageous Pumpkins, host Alyson Hannigan returns to lead the competition as seven of the country’s sharpest pumpkin carvers face off to create truly haunting designs you’ll have to see to believe. Judges Terri Hardin and Marc Evan will evaluate their creations and determine which is worthy of the sweetest treat: a whopping $25,000.

Carnival Eats, Season 9 (5×30), Best of Season 5 (12×30)
New season premieres October 9 at 8 p.m. ET/ 5 p.m. PT
Carnival Eats brings you the most popular attraction of any carnival or fair – the food. Host Noah Cappe is on the hunt for the most mouth-watering and outrageous foods famously found at fairs and amusement parks. Carnival Eats gives audiences an inside look at the wacky characters who create them and the culinary thrill-seekers who devour and delight in them.

Food Network Canada is available on a National Free Preview for the month of October.

Interview opportunities with the series cast from The Big Bake: Halloween are available upon request.