OTTAWA – Global News is pleased to announce the appointment of well-known political journalist, David Akin to the role of Chief Political Correspondent for the network as well as an expanded role for Ottawa Bureau Chief Vassy Kapelos, who becomes the permanent host of Canada’s most-watched political affairs program, The West Block.

Both appointments, effective immediately, represent Global News’ continued dedication to providing Canadians with the most original and compelling journalism possible, including the best reporting on political events from the nation’s capital.

Recognized as one of Canada’s foremost digital journalists with a formidable background in social media, Akin brings a wealth of experience to Global, having held similar positions with Postmedia, CTV and Sun News Network. He has covered five federal elections, more than a dozen provincial elections and has reported extensively from abroad throughout his award-winning career.

Kapelos, also a winner of multiple journalism awards, joined Global’s Ottawa bureau in 2013 after a number of years reporting from western Canada. She assumed the role of Ottawa Bureau Chief in 2016, helping enhance the bureau’s reputation for solid, insightful political reporting. She has continued to build The West Block’s audience since taking on interim hosting duties for the program in January.

“David’s digital acumen, credibility and wealth of experience make him a strong multi-platform contributor to Global News,” said Troy Reeb, Senior Vice President for Global News, Corus Radio and Station Operations. “Vassy is also an incredible team player who isn’t afraid to ask the tough questions and she’s absolutely shone on The West Block. We’re thrilled for them both.”

The West Block airs Sundays at 11 a.m. in Ontario, Quebec, Manitoba and Saskatchewan, 12 p.m. in the Maritimes and 10 a.m. in Alberta and B.C., with a late-night repeat Sunday evenings.

The West Block is part of the Corus Entertainment Network. 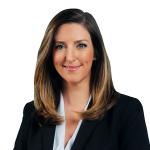 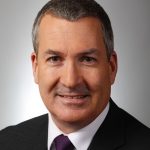