Great Chocolate Showdown to Join The CW Network Schedule in 2021

Stream Anytime with STACKTV or the Global TV App 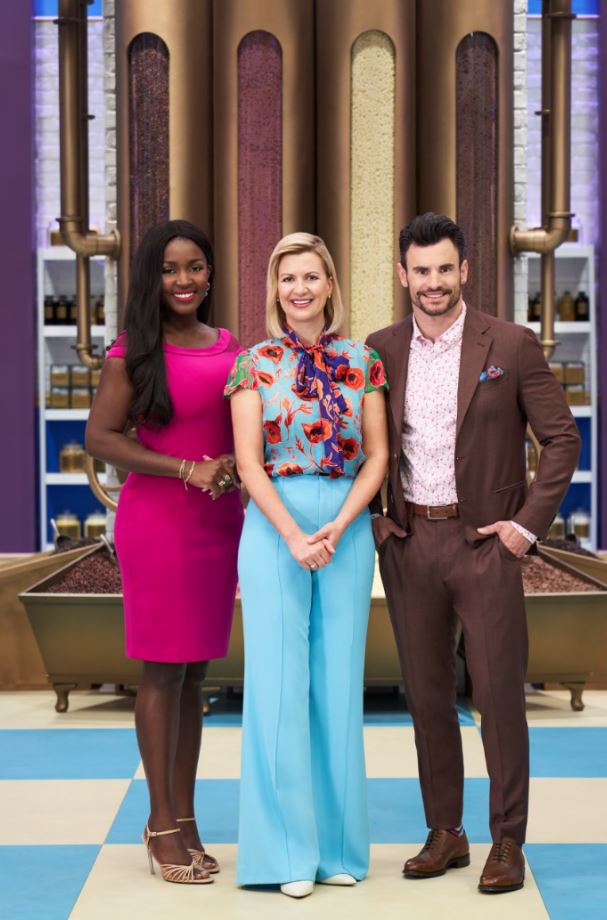 Get a first look at the season here

TORONTO, February 1, 2021 – Great Chocolate Showdown, a Top 10 program on Food Network Canada last Spring,* returns with a fresh batch of 10 home bakers who will be put to the ultimate test in a battle for sweet victory. Each week the competitors will be tasked with creative and indulgent chocolate-based challenges where they must create treats and ooey-gooey delicious desserts that impress the esteemed judging panel. Purdys Chocolatier returns as the official chocolate sponsor for Great Chocolate Showdown, providing the bakers with a pantry stocked with their premium chocolates. The second season of Great Chocolate Showdown premieres February 22 at 10 p.m. ET/PT on Food Network Canada.

The renowned judging panel at the helm of Great Chocolate Showdown is comprised of television personality and best-selling cookbook author Anna Olson (Junior Chef Showdown), award-winning British cake designer Cynthia Stroud and prominent pastry chef and chocolatier Steve Hodge (Project Bakeover). Each week the bakers must pull out all the stops to ensure that their chocolate creations are a feast both for the judges’ eyes and taste buds.

This season’s group of talented bakers range in age and come from a wide variety of backgrounds, all united by one common passion: chocolate! Featured challenges will include designing a dynamic chocolate sculpture, creating a solar system cake using a mirror glaze finish, taking a trip down memory lane by reimagining retro desserts, and more. In the end, only three bakers will head to the finale, taking on the biggest chocolate challenge of their lives.

The competitors entering the kitchen in a bid to earn this season’s title of Great Chocolate Showdown champion and win the $50,000 grand prize are:

Purdys Chocolatier returns as the official chocolate sponsor for Great Chocolate Showdown. The pantry will be well-equipped with a wide range of Purdys chocolates which will be at the bakers’ fingertips all season long. Crafted from sustainable cocoa, featured items include Himalayan Pink Salt Caramels, Ruby Pralines, White Chocolate Mango, Sweet Georgia Browns, Milk Chocolate Hedgehogs, and more. The brand will also have three integrated episode challenges where their chocolates will help to inspire the bakers to create their own delicious confections.

On foodnetwork.ca, viewers can learn more about the series and its cast and competitors, see exclusive behind-the-scenes photos, recipes and delicious how-tos with the judges after the episodes air.

As previously announced, The CW Network has acquired Corus Studios Great Chocolate Showdown, with the series set to air in 2021.