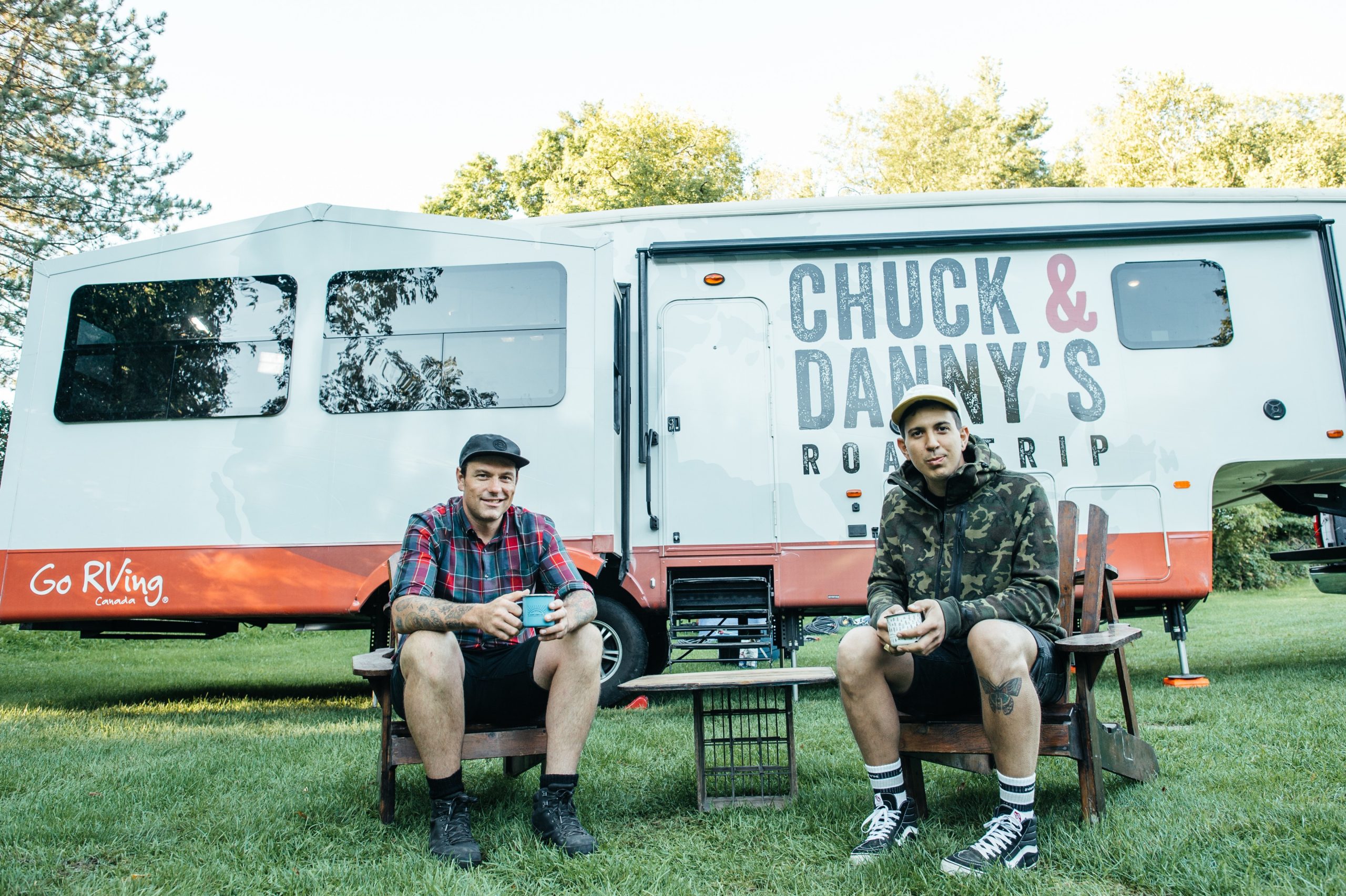 From left to right: Chefs Chuck Hughes and Danny Smiles have a coffee outside their RV at Rouge National Urban Park, Ontario.

Get a glimpse of Chuck & Danny’s Road Trip, here.

For years, the Montreal-based duo have been a team creating exquisite dining experiences for guests at Hughes’ critically acclaimed restaurant Le Bremner. Digging into their locally sourced sensibilities, Chuck and Danny seek out the freshest and wildest array of flavours from dedicated food producers, artisans and local chefs as they crisscross Canada and experience the RV lifestyle. From bagging seaweed in wet suits to digging for quahogs, harvesting wild rice in a canoe or foraging for juniper on ATV’s, they go to any lengths to get the best local ingredients.

Locations and local chefs featured include:

The series extends online with exclusive content including a tour of Chuck and Danny’s Fifth Wheel RV; Chuck & Danny’s Road Trip playlist which showcases a full roster of Canadian music featured in the series courtesy of Dine Alone Records; recipes; fun food facts; galleries and much more. To learn more about the series and watch episodes online after they premiere, visit www.foodnetwork.ca.

About Force Four Entertainment
Vancouver-based Force Four began operations in 1983, and has grown to be one of Canada’s most successful and respected television production companies, producing more than five hundred hours of television and earning accolades on the national and international stage. Force Four was acquired by international entertainment leader Entertainment One (eOne) in 2014. Force Four has been awarded the prestigious Peabody Award, 10 Gemini Awards and over 25 Gemini nominations. The company’s highly successful television programs include lifestyle, reality and scripted programming that have sold and aired around the world.  Force Four’s most popular series include Keeping Canada Safe, Border Security: Canada’s Front Line, The Cupcake Girls, Shannon and Sophie, Village on a Diet, Murder She Solved, and the scripted sitcom Seed.

About Go RVing Canada
The Go RVing Canada coalition consists of RV manufacturers, component suppliers, dealers, and campgrounds. As members of the recreational vehicle industry, Go RVing Canada is committed to the growth of the RV market, while working as a team to ensure that Canadian RVers experience the best of the RV lifestyle and enjoy a world-class travel experience. Visit gorving.ca, your destination for all things RVing.