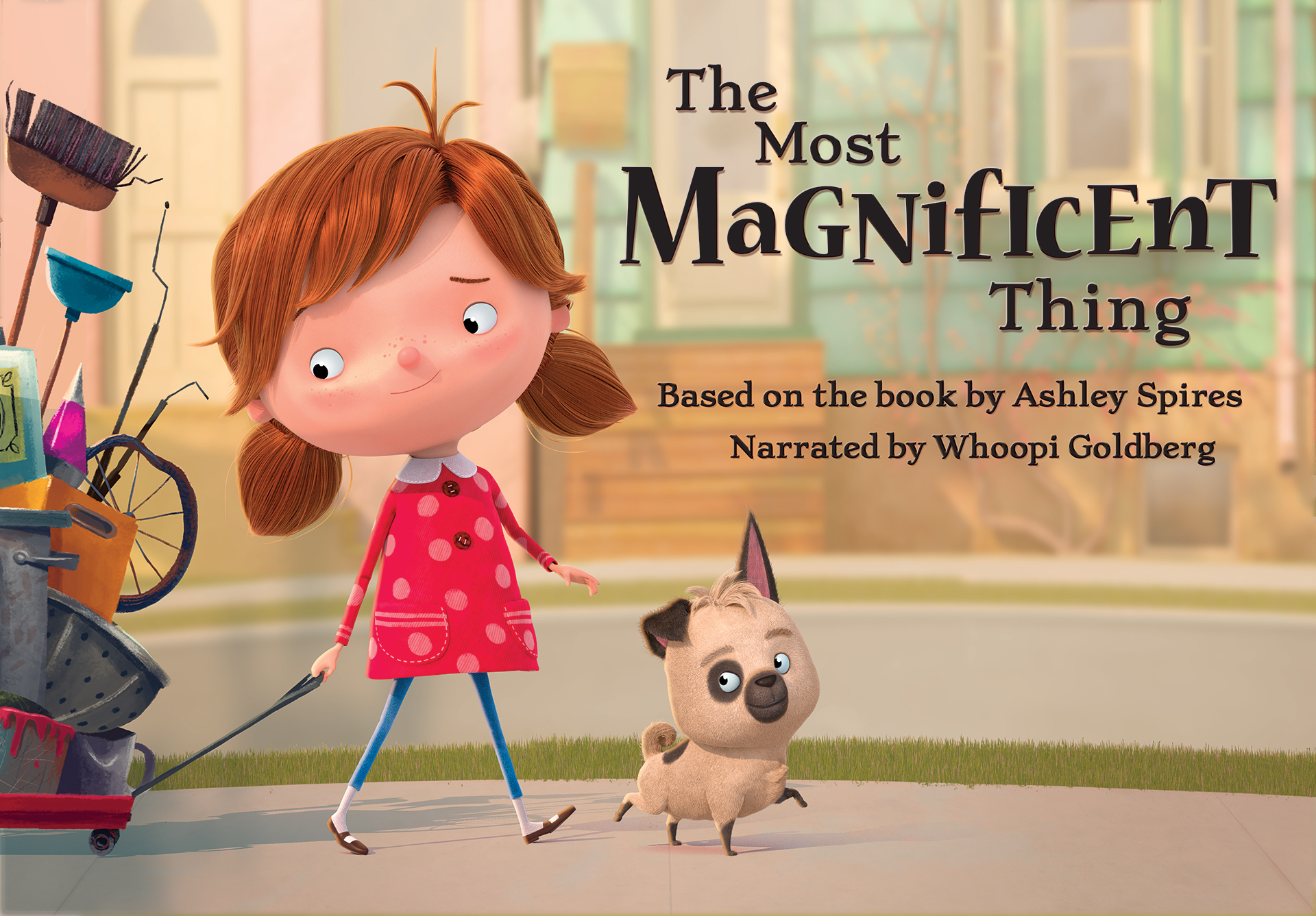 The Most Magnificent Thing

The Most Magnificent Thing is currently wrapping production and is set to debut at various to-be-announced film festivals in early 2019.

Featuring high-quality CGI and produced in 4k resolution, The Most Magnificent Thing animates Spires’ tale about an unnamed girl, her furry best friend and their quest to make the most magnificent thing. The girl knows just how it will look and just how it will work – all she has to do is make it, and she makes things all the time. After several trials and several errors, the girl realizes that making the most magnificent thing might not be as easy as she thought, but with the help of her furry best friend, and a whole lot of dedication and imagination, she manages to get it just right.

“Building on our award-winning catalogue of beloved children’s content, The Most Magnificent Thing is an extension of Nelvana’s iconic storytelling, designed to deliver stories with mindful characters and innovative themes that both entertain and educate families and children,” said Scott Dyer, President, Nelvana. “Bursting with talent on screen and off, from an award-winning cast to our acclaimed animation director Arna Selznick, we produced this film much like the story’s lead character, determined to create a magnificent masterpiece that will delight audiences around the world.”

Directed by Arna Selznick, The Most Magnificent Thing is written by John van Bruggen and produced by Pamela Slavin and Lynne Warner. Executive Producers are Doug Murphy, Ashley Spires, and Scott Dyer.

Nelvana will handle the film’s international and US sales.

Following its film festival appearances, The Most Magnificent Thing will make its linear debut on Corus’ leading kids networks in Canada.

About Nelvana
Nelvana is Canada’s premier animation company and a world-leading producer and distributor of children’s content. Nelvana has delighted audiences around the globe for more than 40 years with a vast library of more than 4,000 episodes from original, award-winning series like Babar and Franklin. Nelvana’s content is distributed in more than 160 countries worldwide and broadcasts across Corus Entertainment’s suite of leading kids networks. Nelvana Enterprises, the global licensing and merchandising arm of Nelvana, manages the organization’s portfolio of in-house and third-party brands with offices in Toronto and Paris. Nelvana Studio, with offices in Toronto and Montreal, employs more than 300 Canadian artists working with local and international producers to create premium children’s content for a global stage.  For more information, visit www.nelvana.com. Follow Nelvana Enterprises on Twitter @NelvanaEnt.

About Kids Can Press
Kids Can Press, part of the Corus Entertainment family, is the largest Canadian-owned children’s publisher. Its catalog includes an award-winning list of over 700 picture books, nonfiction and fiction titles for young readers. For over forty years, Kids Can Press has distinguished itself as a publisher of high-quality children’s books and continues this tradition with its digital publications, custom publishing partnerships and brand marketing initiatives. Browse Kids Can Press books at www.kidscanpress.com.