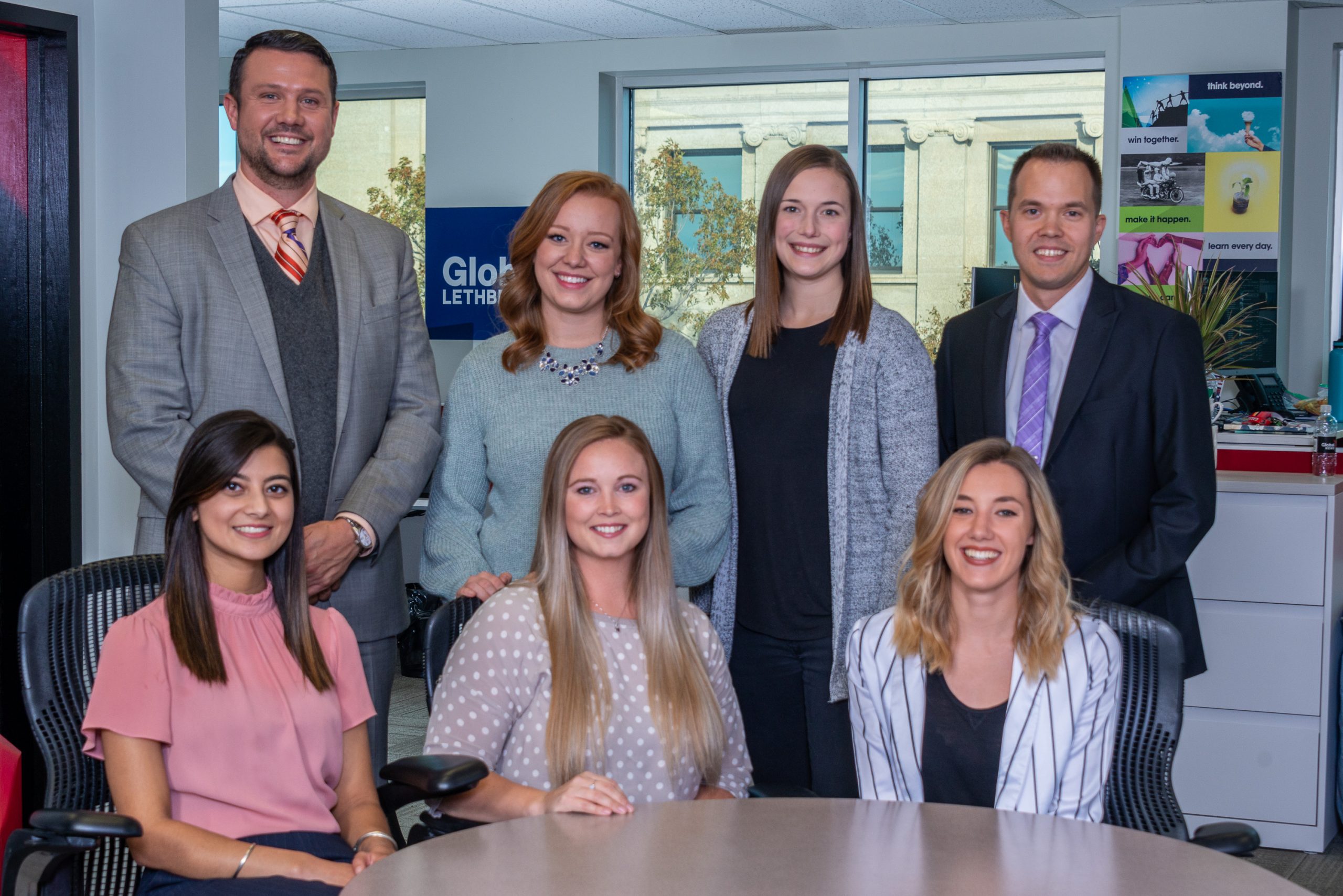 Members of the Global Lethbridge team in their new downtown space.

LETHBRIDGE, October 7, 2019 – Global Lethbridge officially opens the doors to its new downtown space today. Southern Alberta’s oldest television station moves to the heart of the city as part of an ongoing dedication to being a visible member of the Lethbridge community. The new central location will continue to allow Global Lethbridge to respond to breaking news both in the city and across southern Alberta.

“We are committed to being a staple of the community and our presence downtown is a testament to that,” said Liam Nixon, News Manager, Global Lethbridge. “We are excited to continuously strengthen our relationships with our new downtown neighbours, many of whom are locally-owned businesses, in an ongoing effort to always share the stories that matter most to our great city.”

Global Lethbridge originally launched as CJHL TV on November 20, 1955, joining the Global TV network in 2000. It is known as one of Southern Alberta’s first television stations, committed to local content for the past six decades, continuing to be the only TV station delivering local newscasts weeknights at 5 p.m., 6 p.m., and 11 p.m. The team remains steadfast in its drive to deliver the stories of the community, including award-winning coverage taking viewers directly to where the news is happening, when it happens. Global Lethbridge welcomes this opportunity to begin a new chapter in the station’s long-rooted history.

Global Lethbridge is part of the Corus Entertainment Network.