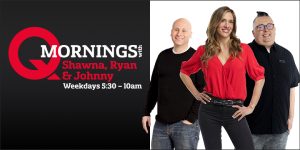 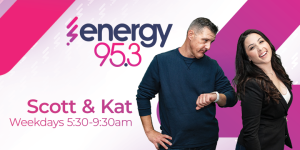 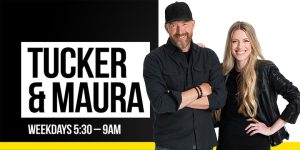 Beginning January 25, Toronto’s quintessential rock station Q107 will kick off the mornings from 5:30 a.m. to 10:00 a.m. with beloved radio hosts Ryan Parker, John Garbutt, along with on-air personality Shawna Whalen. Ryan and Johnny have a long standing relationship with the Q107 audience and are pleased to bring their friend Shawna to join the fun. As one of Canada’s well-known rock radio hosts, Shawna has been heard on legendary stations including Hamilton’s Y108 and most recently co-hosted the B Team at 102.1 the Edge.

“Q107 Toronto has been the soundtrack of my life and having the chance to join Ryan and Johnny is beyond my wildest dreams,” said Shawna Whalen.

Iconic radio duo Scott Tucker and Maura Grierson will join Canada’s best alternative rock station, 102.1 the Edge on January 23, mornings from 5:30 a.m. to 9:00 a.m. The pair previously hosted Tucker and Maura in the Morning on Energy 95.3 since 2019 and had the #1 morning show on Virgin Radio. Tucker has had success on every rock and pop show he’s hosted and won On Air Talent of The Year – Canadian Music Week. Maura has been a key part of numerous top rated shows, was the host of the nationally syndicated Sound Lounge and has interviewed the biggest pop stars including Lady Gaga and Sam Smith.

“We’re excited to start the year with a new morning show lineup,” said Tammy Cole, Toronto/Hamilton Regional Program Director for Corus Radio. “We have some of the most entertaining morning show talent in Canada who know how to connect and engage with audiences. Our listeners deserve the best radio experience and these morning teams deliver.”

Southern Ontario’s popular morning radio hosts, Scott Fox and Kat Callaghan of 91.5 The Beat in Kitchener, will expand their reach into Toronto and Hamilton as they join Energy 95.3 from 5:30 a.m. to 9:30 a.m. starting on January 30. Energy 95.3 plays the biggest songs from the best pop artists in the world. Scott and Kat joined 91.5 The Beat in 2019 after seven years co-hosting mornings on Z103.5, where they won numerous accolades. Kat recently garnered pop culture notoriety as one of TikTok’s popular text-to-speech voices. In addition to mornings on Energy 95.3 and 91.5 The Beat, they can be heard evenings on Barrie’s Fresh 93.1 and on the After 9 Podcast.