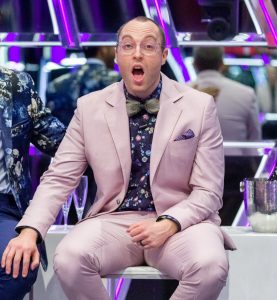 TORONTO, May 6, 2022 – With 10 legendary seasons under its belt, Big Brother Canada nation expected greatness and greatness is what they got. In this milestone 10th season, Canadians from all walks of life came together to play the ultimate game of games for 69 days, culminating in an extraordinary season finale that saw Toronto mastermind, Kevin Jacobs take home the grand prize. Throughout the season’s run, Kevin was a key component in many pivotal moves, rarely getting blood on his hands and strategically calling all the shots behind the scenes. He revealed his secrets at the finale as he convinced the jury he best represented the monumental 10th season of Big Brother Canada, defeating Vancouver’s Josh Nash by a vote of 8 to 1.

As the winner of Big Brother Canada Season 10, Kevin walks away with $100,000 cash, a $10,000 wardrobe courtesy of WINNERS, and an unforgettable travel experience from Expedia. As runner up, Josh takes home a $20,000.

“It’s completely surreal, thank you so much,” said Kevin.

In the final episode of the season, physician Josh Nash, Betty “Business B” Yirsaw and mastermind Kevin Jacobs competed in the most crucial competition of the season – the highly anticipated three-part HOH. In the first challenge, the trio faced off in an out-of-this-world competition that tested their mental and physical strengths. After over an exhausting hour, Kevin was golden and secured the win, sending himself straight to the third round.

In the second part of the HOH competition, Josh and Betty battled it out in a trivia-inspired game show competition. The two were tested on their season knowledge and physical abilities. Josh blew Betty off the wall with his speed of 34 minutes compared to her 2 hours, giving Josh the opportunity to compete in the third and final round against Kevin.

Round three saw Kevin and Josh go head-to-head for the final HOH of the season and a guaranteed spot in the final two. During a suspenseful round of questioning, the houseguests tested their jury member knowledge, resulting in a tie and a sudden death round, where all questions were answered correctly by the pair. It all came down to an adrenaline-pumping tie-breaker question that had viewers on the edge of their seats. Josh calculated his way to victory becoming the season’s final Head of Household. Ultimately believing Betty played a better game than Kevin, Josh decided to take him to the final two, making his ride-or-die Betty this season’s last jury member.

After Kevin was named winner of Season 10, Arisa informed the houseguests that once again, Canada voted for their favourite houseguest of the season: New Brunswick’s Marty Frenette. As Canada’s Favourite Houseguest of Big Brother Canada Season 10, Marty receives a $10,000 cash prize courtesy of WINNERS.

Watch the final three houseguests tomorrow on Global’s The Morning Show beginning at 9:10 a.m. ET for their first broadcast interview, in addition to ET Canada at 7:30 p.m. ET on Global. 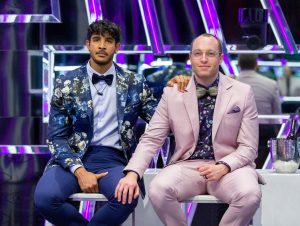