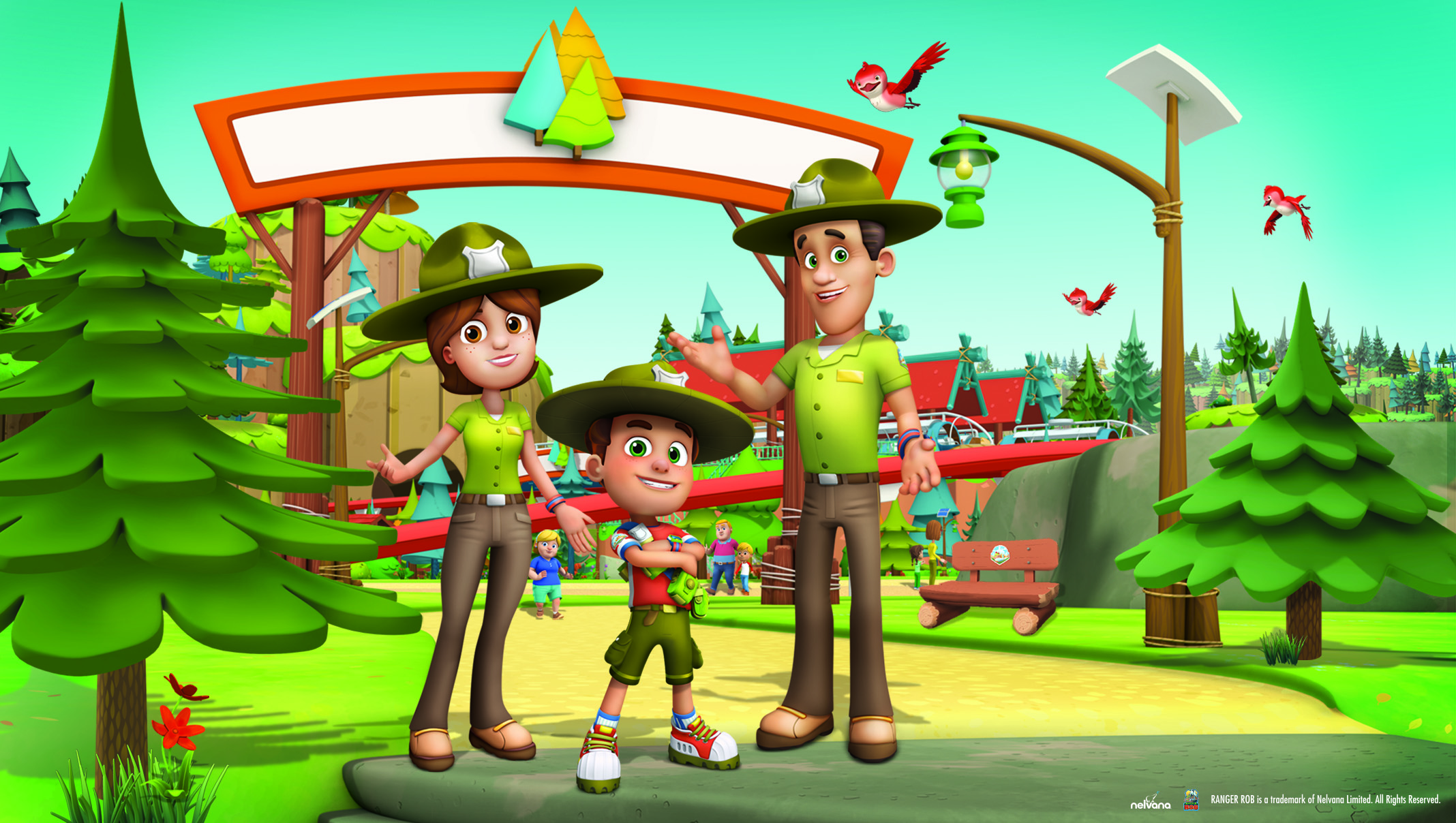 TORONTO, CANADA – Corus Entertainment’s Nelvana has inked a significant multi-year home entertainment deal with Cinedigm for multiple titles from its world-famous children’s content library including classic series like Babar, Babar and the Adventures of Badou and Bakugan Battle Brawlers.

Los Angeles-based Cinedigm (NASDAQ: CIDM) has taken DVD and transactional digital rights for more than 3,000 episodes and will be kicking off the deal with Nelvana’s hit preschool series Ranger Rob, which focuses on the adventures of the Big Sky Park ranger and his gregarious group of friends. Additionally, Cinedigm will be releasing DVDs of The ZhuZhus, the Disney Channel series based on the US$2-billion toy brand.

Nelvana’s laugh-out-loud series 6Teen, and CGI interactive series Little Charmers are also included in the deal. Cinedigm will release Babar and Father Christmas, Babar: King of the Elephants, Babar: The Movie, Franklin and the Turtle Lake Treasure and Pippi Longstocking for digital purchase in November.

“The Nelvana catalog includes both exciting newer properties as well as beloved series which have entertained and engaged multiple generations over the years,” said Yolanda Macias, Executive Vice-President of Acquisitions. “Through our broad digital and physical reach in the U.S., we are thrilled to expand Nelvana’s distribution of these well-known programs and help bring them to both long-time fans and new audiences alike.”

Cinedigm has also renewed streaming rights for six Nelvana series, including Babar and Maggie and the Ferocious Beast, for its Dove and ConTV streaming networks.

About Nelvana
Nelvana is Canada’s premier animation company and a world-leading producer and distributor of children’s content. Nelvana has delighted audiences around the globe for more than 40 years with a vast library of more than 4,000 episodes from original, award-winning series like Babar and Franklin. Nelvana’s content is distributed in more than 160 countries worldwide and broadcasts across Corus Entertainment’s suite of leading kids networks. Nelvana Enterprises, the global licensing and merchandising arm of Nelvana, manages the organization’s portfolio of in-house and third-party brands with offices in Toronto and Paris. Nelvana Studio, with offices in Toronto and Montreal, employs more than 300 Canadian artists working with local and international producers to create premium children’s content for a global stage.  For more information, visit www.nelvana.com

About Cinedigm
Cinedigm powers custom content solutions to the world’s largest retail, media and technology companies. The global company provides premium feature films and series to digital platforms including iTunes, Netflix, and Amazon, cable and satellite providers including Comcast, Dish Network and DirecTV, and major retailers including Wal-Mart and Target. Leveraging Cinedigm’s unique capabilities, content and technology, the company has emerged as a leader in the fast-growing digital-first channel business, with seven networks under management that reach hundreds of millions of devices while also providing premium content and service expertise to the entire digital-first ecosystem. With reciprocal distribution partnerships in both the United States and China, Cinedigm’s growing stable of platforms has unprecedented availability in the two largest markets in the world. Learn more about Cinedigm at cinedigm.com.