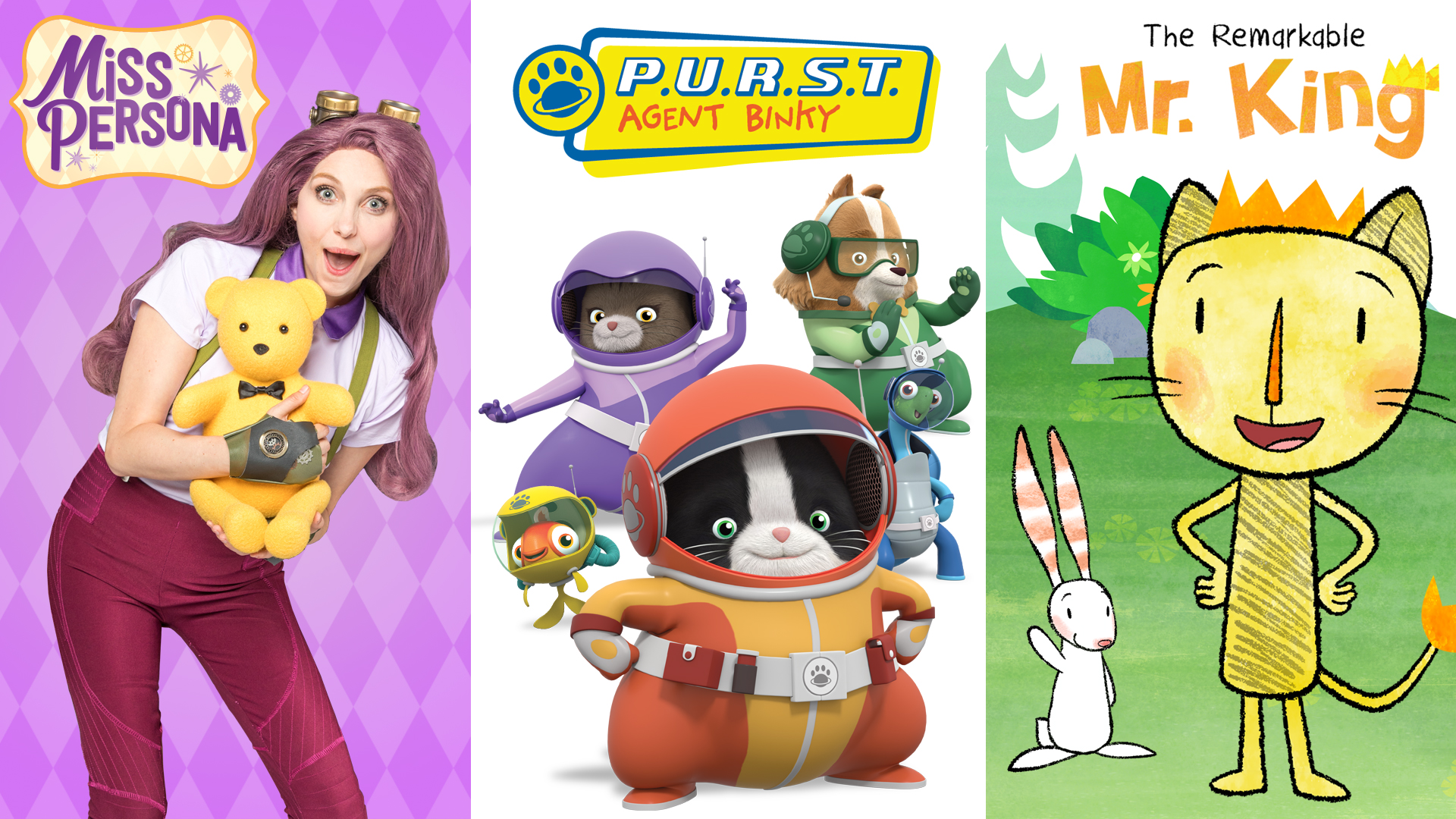 From the creative team behind the award-winning TELETOON series Princess Sparkly Butt & The Hot Dog Kid, Miss Persona (52×3 minutes) – played by series creator, producer and songwriter, Kimberly Persona – centres on the titular little lady who takes care of the creatures that inhabit her forest world. Along the way, she solves problems as they arise with the help of her bowtie-wearing best friend Brandon Bear and some upbeat tunes. A rare foray into live-action for Nelvana, Miss Persona will launch on the Corus-owned Treehouse Direct YouTube channel on Friday, September 21, before debuting on Treehouse’s linear channel in January 2019.

“Miss Persona marks an exciting opportunity for Nelvana to enhance its offering of engaging, multi-platform content for audiences around the world,” said Scott Dyer, President, Nelvana. “With its inventive sets, fantastic music and incredible characters, the series will inspire lateral thinking in preschoolers and we cannot wait to take it to market.”

Based on the acclaimed Kids Can Press graphic novels written and illustrated by the award-winning B.C. author-illustrator Ashley Spires, P.U.R.S.T Agent Binky (52 x 11 minutes) is a new CGI-animated series following the adventures of Binky and his fellow P.U.R.S.T. agents (Pets of the Universe Ready for Space Travel) on a mission to protect their human families from aliens, robots, and interstellar threats. The comedy-action series for kids four to seven will air in Fall 2019 on Treehouse in Canada. This marks the second project for Nelvana and Ashley Spires. As previously announced, Nelvana is currently producing the short film version of Spires’ best-selling picture book, The Most Magnificent Thing.

The Remarkable Mr. King (39 x 7 minutes), based on the Kids Can Press picture book series by Montreal author-illustrator Geneviève Côté, is aimed at kids two to five and will air in Fall 2019 on Treehouse. The preschool series follows a well-meaning, short sighted, little lion whose ‘big thinks’ sometimes cause big snags and tangles – but if Mr. King tries and fails, he tries again to make things right. Mr. King shows little ones how to turn mistakes into wins for everyone to share.

“Nelvana and Kids Can Press have a storied history in joining forces to bring popular children’s books to the screen” said Lisa Lyons Johnston, President, Kids Can Press. “The two new series teach the universal importance of perseverance and self-discovery. We’re excited to share these new adventures with kids and families alike and look forward to bringing more stories from page to screen in the future.”

Both Nelvana and Kids Can Press are owned and operated by Corus Entertainment. Visiting MIPCOM? Find Nelvana at booth N7.R3.

About Nelvana
Nelvana is Canada’s premier animation company and a world-leading producer and distributor of children’s content. Nelvana has delighted audiences around the globe for more than 40 years with a vast library of more than 4,000 episodes from original, award-winning series like Babar and Franklin. Nelvana’s content is distributed in more than 160 countries worldwide and broadcast across Corus Entertainment’s suite of leading kids networks. Nelvana Enterprises, the global licensing and merchandising arm of Nelvana, manages the organization’s portfolio of in-house and third-party brands with offices in Toronto and Paris. Nelvana Studio, with offices in Toronto and Montreal, employs more than 300 Canadian artists working with local and international producers to create premium children’s content for a global stage.  For more information, visit www.nelvana.com.

About Kids Can Press
Kids Can Press, part of the Corus Entertainment family, is the largest Canadian-owned children’s publisher. Its catalog includes an award-winning list of over 700 picture books, nonfiction and fiction titles for young readers. For over forty years, Kids Can Press has distinguished itself as a publisher of high-quality children’s books and continues this tradition with its digital publications, custom publishing partnerships and brand marketing initiatives. Browse Kids Can Press books at www.kidscanpress.com.