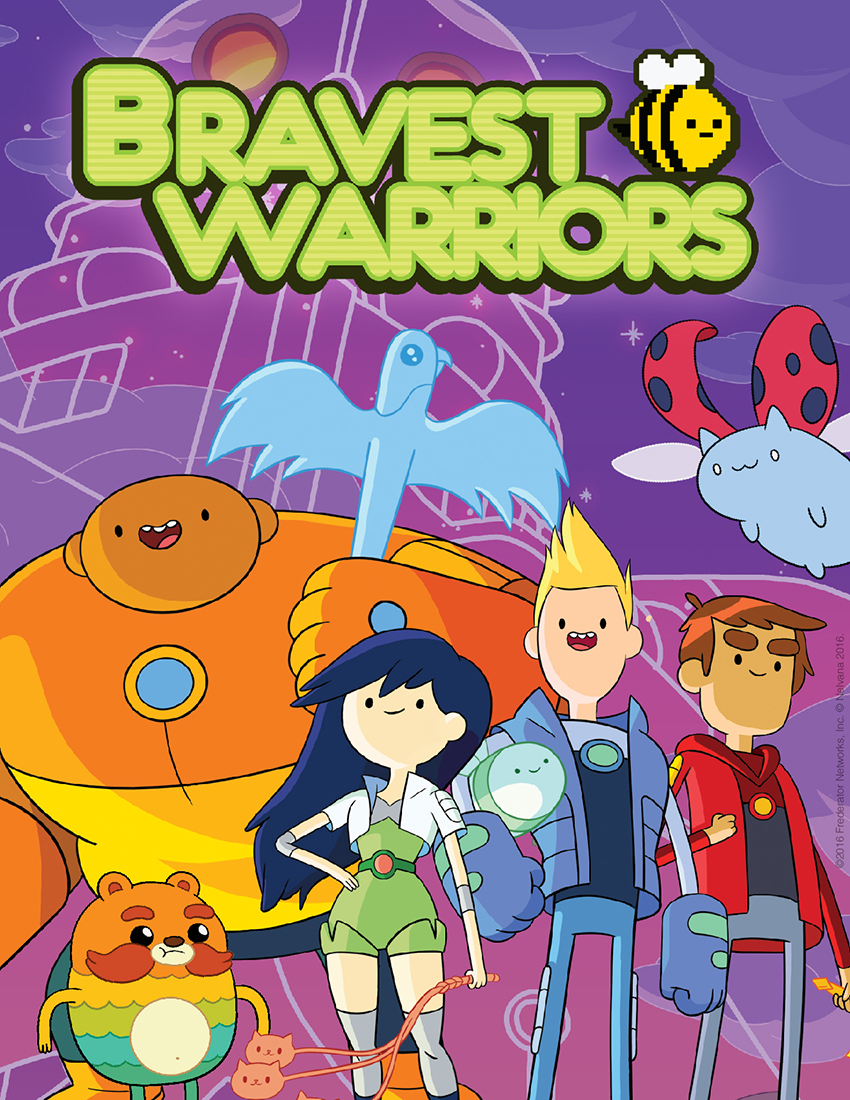 Toronto, Canada – So many dimensions, so little time! Building on the incredible success of its first three hilarious seasons on YouTube and other digital platforms, Nelvana, announced today at MIPTV the next phase of production on Season 4 of Bravest Warriors, the series’ first run on television. The all-new season of the award-winning intergalactic animated series Bravest Warriors is being produced in association with Frederator Studios for multiple platforms, including linear with complementary digital content. Produced by Nelvana Limited in Canada, the colossal-sized fourth season (52x11min) is slated to premiere on Teletoon in Fall 2018. Additionally, the entire online catalogue of existing Bravest Warriors episodes produced by Frederator Studios are available for license outside of the U.S.

Bravest Warriors tells the story of four teenage heroes-for-hire in the year 3085, as they warp through the universe to save adorable aliens and their worlds using the power of their emotions. Launched on YouTube in November 2012, the series rapidly grew an impressive and dedicated online fan base totaling 150 million views, 1.5 million likes, and over a billion minutes watched. Bravest Warriors was the 2013 Shorty Award winner for Best Web Show and the Online Film and Video (Animation) Honoree at The Webby Awards in 2015.

“Bravest Warriors’ modern take on space exploration represents a new wave in animation,” said Scott Dyer, President, Nelvana. “We look forward to sharing the fantastic stories and signature cheeky humour of the series to new audiences and existing fans on a variety of platforms.”

“We’re thrilled to partner with Nelvana to expand the global reach of Bravest Warriors and heighten the potential of the series we’ve loved for five years,” said Fred Seibert, President, Frederator Networks.

About Frederator Studios
Frederator Studios makes cartoons for television and the Internet. Parent company WOW! Unlimited Media Inc., formerly Rainmaker Entertainment Inc., is creating a leading next-generation kids and youth animation business by focusing on digital platforms and content. Frederator was founded in 1998 by serial media entrepreneur, and former Hanna-Barbera president, Fred Seibert, as a unique incubator for big animation ideas by producing original cartoons. The studio’s 25 hit series include The Fairly OddParents on Nickelodeon, Adventure Time on Cartoon Network and Bravest Warriors, now destined for Teletoon in Canada and on VRV in the U.S. WOW! Unlimited Media operates out of offices in Toronto, New York, Vancouver and Los Angeles, and is listed on the TSX Venture Exchange (TSX-V: RNK.A and RNK.B).