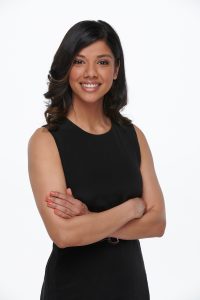 VANCOUVER, May 2, 2022 – Award-winning Global News reporter and anchor, Neetu Garcha, joins Global National as its new correspondent starting on May 9. Neetu currently reports for Global BC where she has covered everything from Indigenous stories, crime and politics to breaking news and international crises.

Born and raised in Penticton, B.C., Neetu is a graduate of the British Columbia Institute of Technology (BCIT). She began working at Global Okanagan in 2014 and joined the team at Global BC in 2017 where she is currently the weekday News Hour reporter and anchors Global News Hour at 6 on weekends.

“We’re so pleased to have Neetu joining the national team,” said Ingrid Bakewell, National Director of Networking Programing. “Neetu is an extremely talented and passionate journalist whose dedication to accountability is well known to our viewers in British Columbia. We’re so happy our audiences across the country will soon have the opportunity to see her in action.”

Neetu received the British Columbia Association of Broadcasters Broadcast Performer of Tomorrow award in 2018 and was a finalist for the 2021 Jack Webster Excellence in Diversity & Inclusion Reporting award for her coverage of the India farmers’ protest and its impact on British Columbians.

Some of her reporting highlights include her recent trip to Rome to cover the 2022 Indigenous delegation meetings with Pope Francis in Vatican City, reporting for three weeks from the devastated areas of the B.C. wildfire season and reporting from the front lines of the refuge crisis in Greece. She was also the reporter, producer and writer of Global News’ acclaimed investigative crime program Crime Beat for the season 3-episode, Forbidden Love: The Murder of Jassi Sidhu, the story of a newlywed from British Columbia who was attacked and killed while visiting India.

“I’m thrilled to be joining the Global National team and taking my journalistic passions for seeking accountability from those in positions of power and my love of amplifying historically marginalized voices through diversity and inclusion reporting to a broader platform, while recognizing our role in reconciliation,” said Neetu Garcha.

Global National is Canada’s early evening national newscast and provides a distinctive voice and approach to the day’s top stories. The multiple award-winning broadcast has been voted Best Newscast by the Radio and Television News Directors Association (RTNDA) of Canada and by the Canadian Screen Awards (CSAs). Global National is seen daily at 5:30 p.m. CT/MT/PC and 6:30 p.m. (ET/AT).