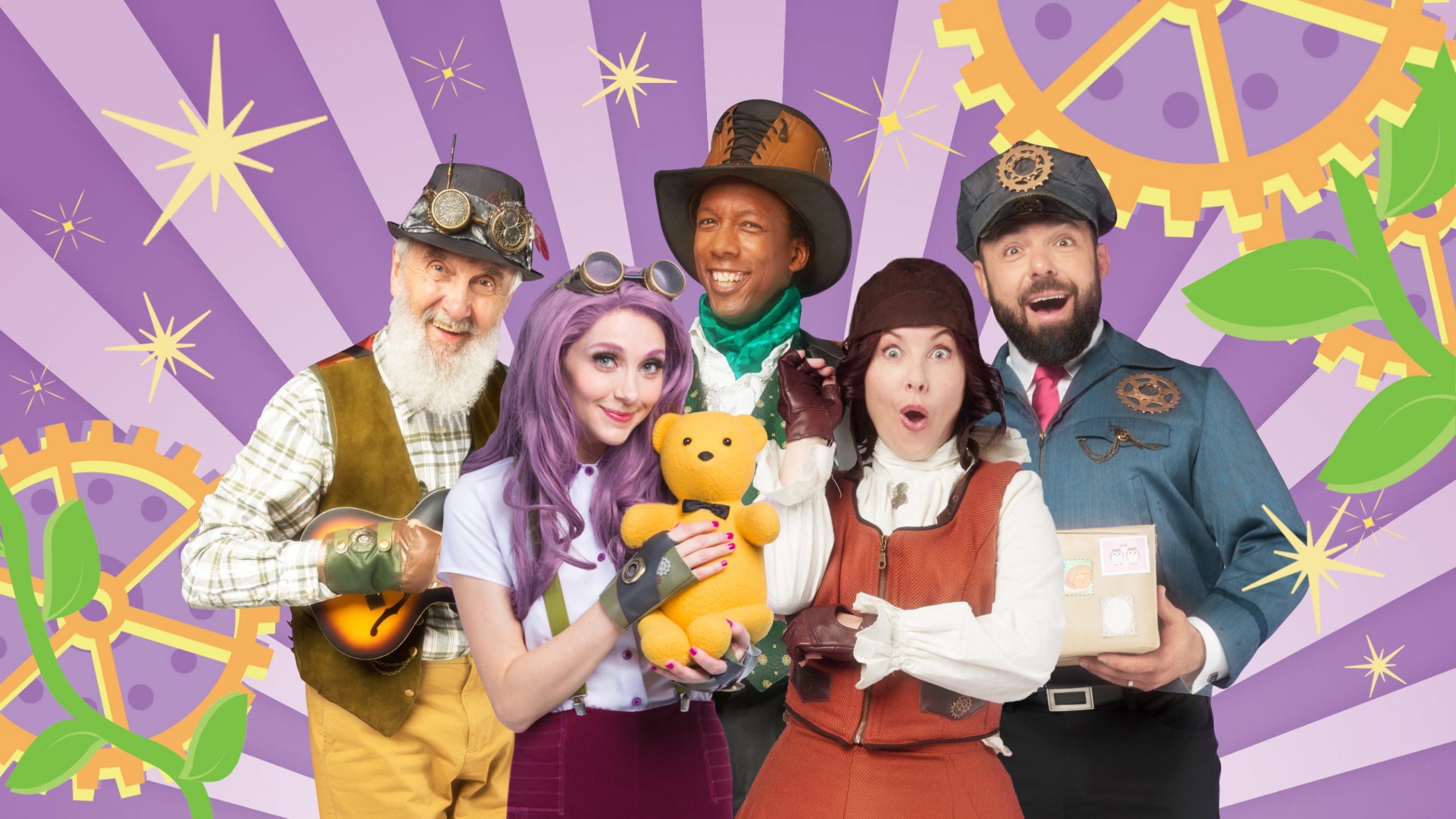 Developed for children ages two to five, Miss Persona uses dress up and imagination to solve problems with her best friend, Brandon Bear, a shy teddy bear. Each episode will include a narrative short, original song and crafting segment. The storylines guide kids through the many ‘firsts’ of being a preschooler through the experiences of Brandon Bear, such as making his first friend, getting jealous for the first time, learning to share, and other early childhood milestones. Miss Persona helps kids grow emotional resilience and reduce any anxiety that comes along with new experiences – all while having musical fun along the way.

“After charming audiences on YouTube and growing into a linear success story on Treehouse in Canada, Miss Persona has quickly become a shining star within Nelvana’s catalogue, inspiring broadcasters and preschoolers alike.” says Pam Westman, President, Nelvana. “Our team is excited to be working closely with Kimberly Persona to produce an innovative third season filled with even more imaginative play, exciting surprises and guest appearances.”

Nominated for two Daytime Emmy® Awards, including Outstanding Preschool Series, and Winner of the 2019 Youth Media Alliance Award of Excellence for Best Digital First Content, Miss Persona was a top 20 series for preschoolers in Canada across all Kids specialty networks on TV last spring* and has earned millions of views on YouTube since its launch in September 2018. Most recently, Miss Persona has also been nominated for a Kidscreen Award for Best Original Web/App Series.

“I’m so honoured to be working with Nelvana on my dream project. They provide unwavering support to produce a truly creator driven series, which means the show has a personal touch from my heart.” says Kimberly Persona, creator and star of Miss Persona. “There are so many diverse topics we explore this upcoming season and I’m proud to be telling stories that are fresh and authentic.”

Building on its ratings success, Miss Persona launched a live tour this past summer with a multi-week run at the Canadian National Exhibition, followed by five additional shows across Canada. The tour will resume in May 2020 with more dates to be confirmed.

About Balloon House Productions
Daytime Emmy-nominated Balloon House Productions is a boutique Canadian production company devoted to creating entertaining, meaningful media for kids. In addition to Miss Persona, they are currently in pre-production on their second season of an absurd science series with Shaftesbury Kids called Space Dragon & Kim. Balloon House also produced Princess Sparkly Butt & The Hot Dog Kid for Teletoon, based on their award-winning Toronto Fringe Festival musical. That project was nominated alongside Miss Persona at the Youth Media Alliance Awards of Excellence. The feature film toured the world at film festivals, winning awards along the way.  They are currently in development on another top secret project. For more information please visit the Balloon House website: www.balloonhouseproductions.com