Mischief, Meatballs, And More – YTV’s Spring Lineup Is No Joke!

MISCHIEF, MEATBALLS, AND MORE – YTV’s SPRING LINEUP IS NO JOKE!

Don’t Miss the Mouth-Watering Premiere of New Comedy Series Cloudy with a Chance of Meatballs on April 10 at 6 p.m. ET/PT and the Series Premiere of Nickelodeon’s New Live-Action Adventure Series Hunter Street April 12 at 6:30 p.m. ET/PT 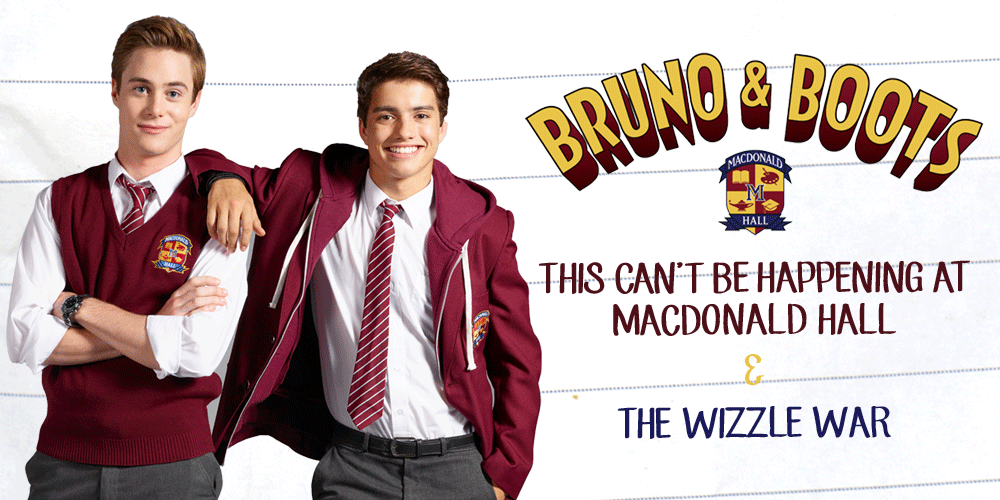 In This Can’t be Happening at Macdonald Hall, Headmaster Sturgeon has had enough. In an attempt to put an end to Bruno and Boots’ high jinks, he declares that they are to be separated; no shared classes and, most certainly, no shared dorm room. This punishment is worse than anything the boys could have imagined. However, if Bruno and Boots can alienate every boy in Dormitory 3, Sturgeon will be forced to re-unite them. The plot almost succeeds, but one misstep forces the girls from the Scrimmage Academy for Education and Awakening to move into Macdonald Hall, leaving Bruno and Boots back where they started. This Can’t be Happening at Macdonald Hall premieres Saturday, April 1 at 6 p.m. ET/PT. Click here for the trailer.

In The Wizzle War, the Board of Directors launch an experimental educational program, introducing authoritarian Assistant Headmaster Mr. Wizzle to the boys of Macdonald Hall and the miserable Assistant Headmistress Ms. Peabody to whip the girls of the Scrimmage Academy into shape. With new dress codes, psychological testing, and early-morning wake-up calls with track laps as punishment, the boys and girls decide Wizzle and Peabody have to go. But how? As they pull out all the stops, they ultimately turn to the theory that “love conquers all” to oust the pair once and for all. The Wizzle War premieres Saturday, April 1 at 8 p.m. ET/PT. Click here for the trailer.

Bruno & Boots fans can experience all the fun of Macdonald Hall with Prank Power Play, a new set of games featuring all the characters from the movies. Users will be able to launch a cannon of suds in Cannon Craze, or be the master prankster by creating a prank machine in Scheming Schematics. Click here to play. 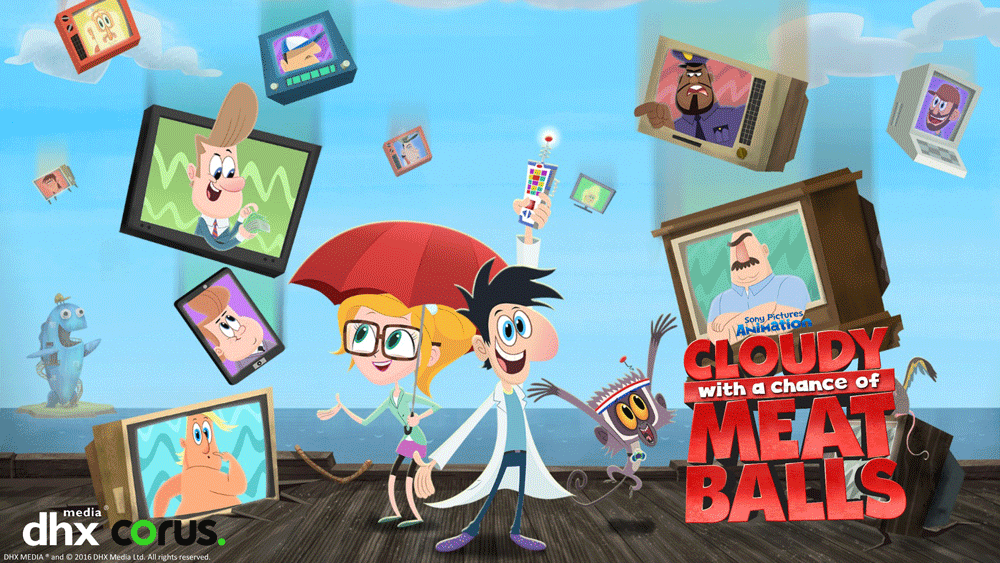 April showers bring May meatballs? YTV has some extreme weather alerts to report this Spring with the highly-anticipated premiere of the new animated series Cloudy with a Chance of Meatballs airing Monday to Thursday at 6 p.m. ET/PT beginning April 10.

Based on Sony Pictures Animation’s critically-acclaimed blockbuster film franchise, the Cloudy with a Chance of Meatballs series takes place before giant food rains down on Swallow Falls. Flint Lockwood is a high school student who strives to be a serious inventor in a world beyond sardines…and maybe one day have his inventions change the world instead of blowing up in his face. Luckily, joining the cause is his best friend and aspiring meteorologist, Sam Sparks. Flint and Sam come together for comedic adventures with all the great characters from the film: Flint’s dad, Tim; Flint’s lab assistant, Steve the monkey; Earl, the school’s busiest teacher; Manny, the head of the school’s audiovisual department; Brent, the local teenage celebrity and captain of the mascot team; and Mayor Shelbourne, who wins every election with a pro-sardine platform, and more.

After spending his first night in his new home, Max, along with new siblings Tess, Anika, Sal and Daniel wake up to find their foster parents, Erik and Kate have vanished. In order to crack the case, the siblings set out on a quest for clues, leading them on an epic and suspenseful family adventure, including boat racing through canals, exploring secret tunnels and uncovering lost treasures. With obstacles at every turn, they must also fight off old family rivals and duplicitous heirs in order to solve the mystery. 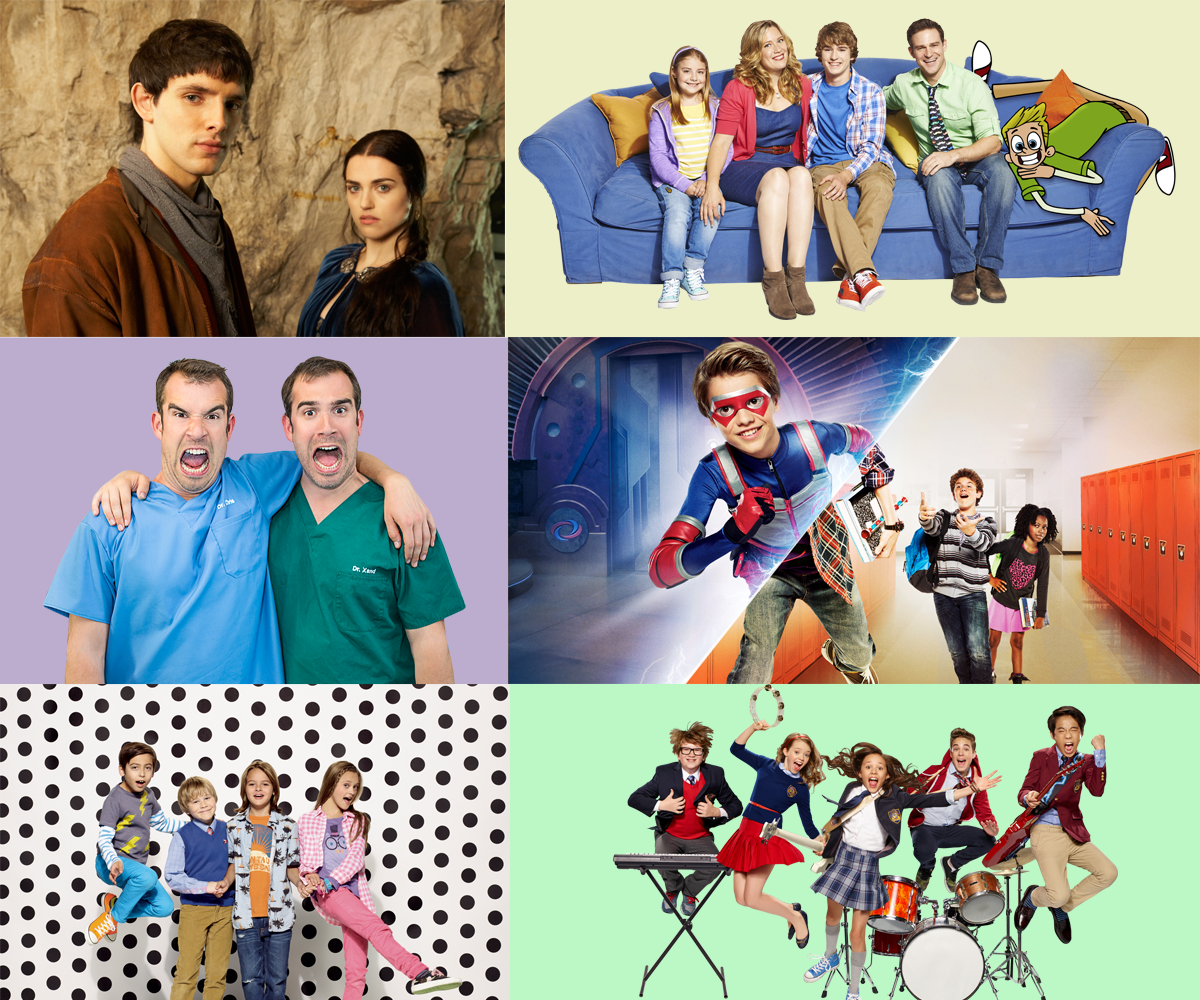 YTV is the place to be! Kick it with The Zone every day after school from 4 p.m. to 6 p.m. for animation domination with the Penguins, the Louds and SpongeBob SquarePants, followed by YTV’s power hours weekdays from 6 p.m. to 8 p.m. ET/PT with new episodes of:

YTV is a Corus Entertainment Network.