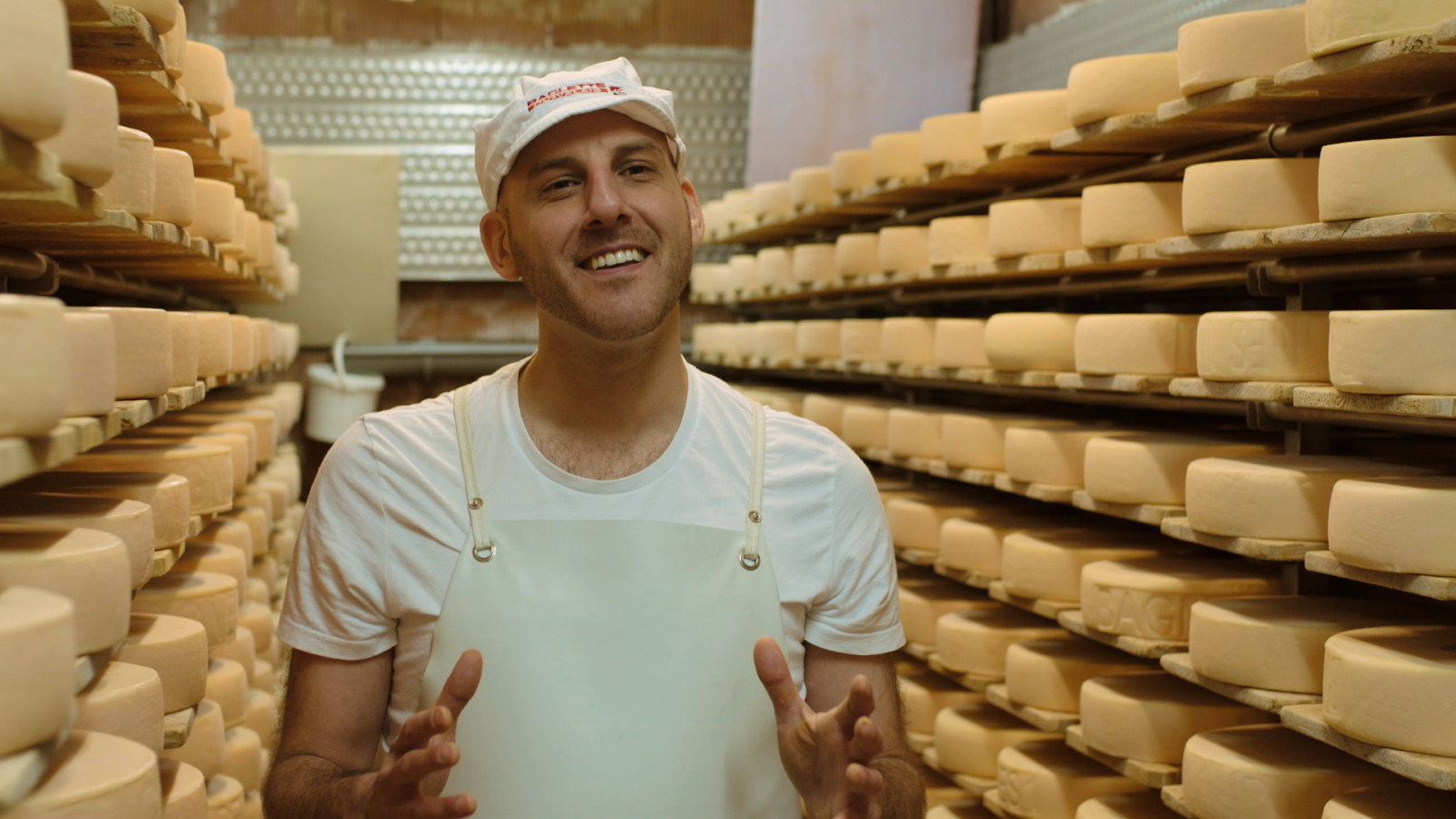 Get a first look here

TORONTO, May 10, 2021 – The creamy richness of Camembert, the smooth texture of fresh mozzarella, the oozy stream of melted raclette: arriving this summer, Food Network Canada and Corus Studios dive into the evolving world of cheese with food travel docu-series Cheese: A Love Story. Hosted by the world’s youngest Maître Fromager (Cheese Master), Afrim Pristine travels the globe exploring the most iconic cheese locations and hidden gems to get a deeper look at one of the world’s greatest, and most beloved foods. Cheese: A Love Story makes its debut on June 9 at 8 p.m. ET on Food Network Canada.

Afrim Pristine is Canada’s leading cheese expert, owner of the Cheese Boutique in Toronto, Ont., and has over 25 years of cheese experience. His passion and commitment to learning more about this magical food stems from his father and family business of 50 years. In this six-part series Cheese: A Love Story, Afrim embarks on a journey to meet up with the farmers, cheesemakers, shop owners, affineurs and chefs in Switzerland, France, Greece, Toronto, Quebec and British Columbia. In each episode, Afrim’s love of cheese only grows fonder as he gets an in-depth look at how each culture has made it their own. Throughout his excursions, he crosses paths with culinary pioneers including: Chuck Hughes (Le Bremner) and Michele Forgione (Chez Tousignant) in Quebec; Elia Herrera (Colibri) and Aiko Uchigoshi (Aburi Hana) in Toronto; and Wall of Chefs’ Rob Feenie and Top Chef Canada Season 7 winner Paul Moran in British Columbia, and many more.

In the premiere episode airing Wednesday, June 9 at 8 p.m. ET, Afrim starts his journey in Switzerland, where he meets with chefs, cheesemakers, vendors and a legendary affineur, Roland Salhi to learn the fine art of aging. In the home known for Gruyère, raclette, fondue, and the famous holey Swiss Emmental, Afrim learns firsthand how these classic cheeses stand the test of time and discovers the modern approaches the Swiss have innovated in the world of cheesemaking.

For recipes and food inspiration all summer long, plus an exclusive in-depth look at the cheeses explored in the upcoming series Cheese: A Love Story visit foodnetwork.ca. Check back week-to-week for full episodes and new editorial content.

Cheese: A Love Story is produced by Proper Television, A Boat Rocker Company, in association with Corus Studios for Food Network Canada. For Corus Studios and Food Network Canada, Andrea Griffith is Executive in Charge of Production, Krista Look is Director of Original Lifestyle Content and Lisa Godfrey is Senior Vice President of Original Content and Corus Studios. For Proper Television, Cathie James and Lesia Capone are Executive Producers and Scott Harper is Series Producer.

Food Network Canada is a Corus Entertainment Network.
Food Network Canada can be streamed on the new Global TV App, available now on iOS, Android, Chromecast and at watch.globaltv.com, and via STACKTV, available on Amazon Prime Video Channels. The network is also available through all major TV distributors, including: Shaw, Shaw Direct, Rogers, Bell, Videotron, Telus, Cogeco, Eastlink and SaskTel.

Interview opportunities are available with Afrim Pristine of Cheese: A Love Story.