Watch Big Brother Canada Monday at 7 p.m. ET/PT on Global to See Who Becomes the Next Head of Household and Who Wins at the BBCAN Awards 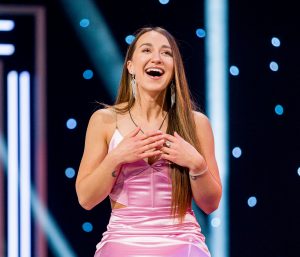 TORONTO, April 29, 2022 – After the fallout of one of the wildest triple eviction episodes in Big Brother Canada history, the remaining houseguests jumped right back into competition mode, where Edmonton’s Betty Yirsaw went from the block to the top, becoming the new HOH. Exacting revenge on former ride-or-die, Vancouver’s Josh Nash, she nominated him alongside Thunder Bay’s Jacey-Lynne Graham for eviction. After two-time POV winner, Haleena Gill, decided not to use the Veto, Jacey-Lynne was evicted in a unanimous vote.

“I think that Haleena and Kevin would have been my best chance at winning the game,” said Jacey-Lynne. “So I actually meant that when I said that to them, which makes this sting a little bit more. I’m so excited to see [Gino], but I think he’s going to be really upset.”

After last week’s adrenaline-pumping Triple Eviction, the remaining five houseguests immediately competed in the “Shred That Letter” HOH competition, hosted by BBCAN icon, Ika Wong. Shredding the past, Betty went from zero to one hundred, winning her first ever HOH. Business B sent Jacey-Lynne and Doctor Josh to the block, as her relationship with the latter was on life support after he made her the replacement nominee in the Triple Eviction. With the fastest time in the Expedia Power of Veto competition, Haleena came out victorious, but decided to not use the Veto so that “The Ghosts” duo would remain intact, keeping Kevin off the block. With all of the power in their hands, The Ghosts’ invisible influence became clear as day, as they were the sole houseguests to vote this week, ultimately sending Jacey-Lynne to the jury house.

New this season, Wendy’s® is also the proud sponsor of “After the Eviction Interview” – an extension to host Arisa Cox’s in-show interviews. Delivering exclusive access to the houseguests directly following their eviction every Thursday, fans can catch the interviews live on the #BBCAN TikTok account @BigBrotherCA, also available on Facebook and BigBrotherCanada.ca the next day. Then watch Global’s The Morning Show Friday morning at 9:40 a.m. ET to Jacey-Lynne Graham’s first broadcast interview, in addition to ET Canada at 7:30 p.m. ET on Global.

Watch the drama heat up Monday at 7 p.m. ET/PT to see who becomes the next Head of Household and who wins at the BBCAN Awards. Then watch Wednesday at 7 p.m. ET/PT for the special eviction, leading into the two-hour finale Thursday at 8 p.m. ET/PT on Global where the winner of Season 10 will be crowned. Plus Canada’s Favourite Houseguest will also be revealed at the live finale. Visit BigBrotherCanada.ca to vote now. 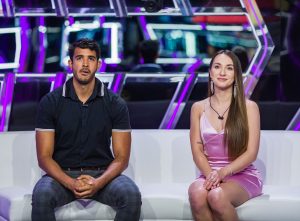