Let The Battles Begin! Iron Chef Canada Returns With A New Ensemble Of Challengers Ready To Compete For Culinary Supremacy

Canada’s Roster of Renowned Iron Chefs Returns to the Kitchen Stadium Along with Gail Simmons as Host, Chris Nuttall-Smith as Floor Reporter and Jai West as Chairman 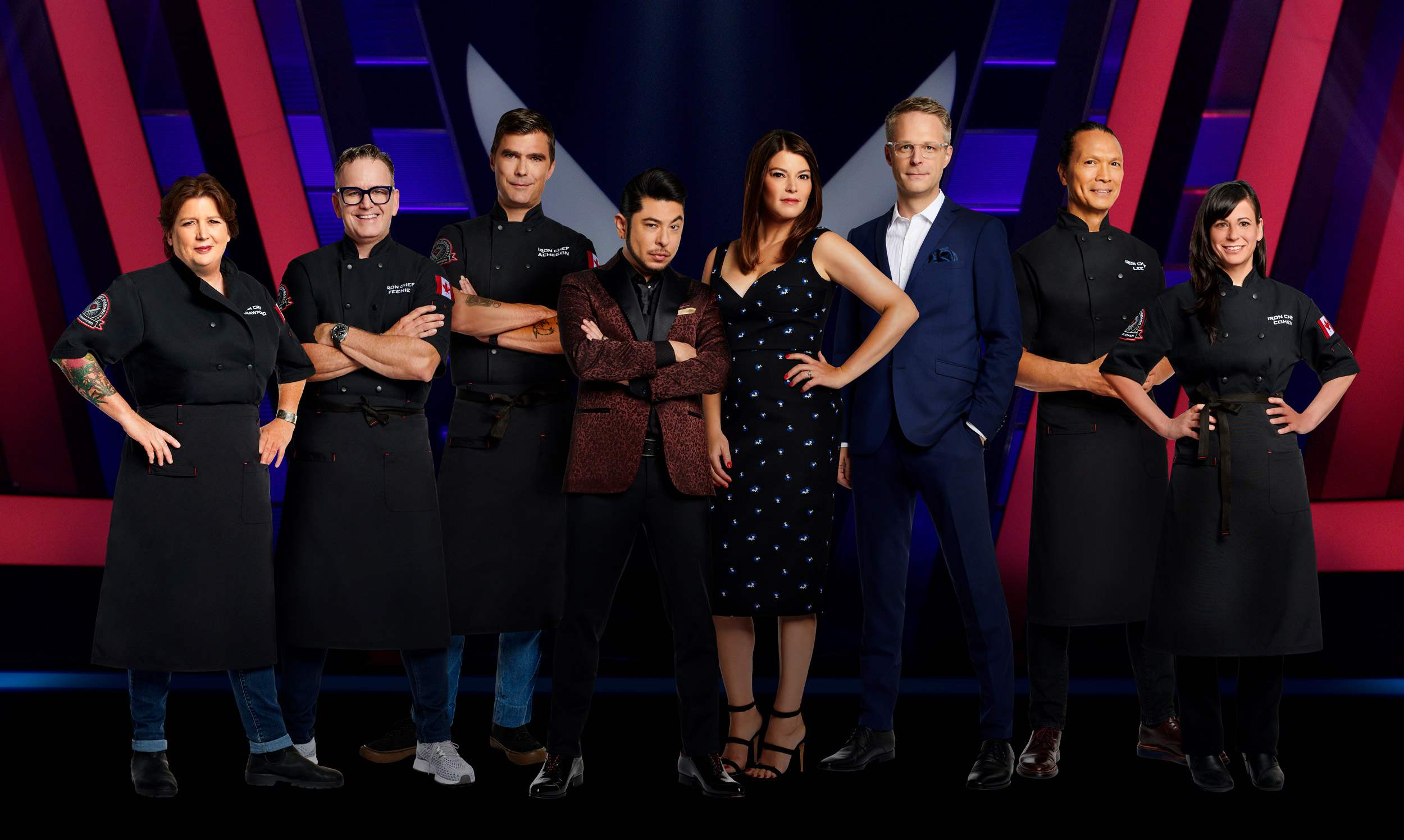 In each hour-long battle, a uniquely talented chef challenger brings their culinary prowess to contend with an Iron Chef in the fully equipped Monogram kitchen stadium, outfitted with top-of-the-line appliances from Monogram. Using a featured “secret ingredient,” the chefs prepare five dishes and at the mid-way point of each battle, the Chairman turns up the heat when he introduces his “culinary curveball,” an unexpected ingredient that must be incorporated into at least one course. The dishes are judged on taste, presentation and originality by a panel of culinary experts and industry professionals to determine whose cuisine reigns supreme.

The new batch of chefs ready for battle are:

On foodnetwork.ca, exclusive Iron Chef Canada content includes a more in-depth look at the upcoming competitors, interviews with the Canadian Iron Chefs, secret ingredient tips and tricks videos, and the Iron Chef Canada quiz determines if fans have what it takes to compete. Full episodes of the show are also available online after broadcast.

Iron Chef Canada is produced by Proper Television in association with Corus Entertainment’s Food Network Canada and based on the original ‘Iron Chef’ Series Produced by Fuji Television Network, Inc.

Since opening its doors in 2004, Proper Television has become one of Canada’s most successful production companies. Proper works across a wide range of genres, creating more than 600 hours of reality, lifestyle, documentary and specialist factual programming. The company’s ratings-grabbing slate includes a mix of originals like VEGAS RAT RODS, LAST STOP GARAGE, UNDER NEW MANAGEMENT with ARLENE DICKINSON, and MARY’S KITCHEN CRUSH, along with big international formats such as MASTERCHEF CANADA, CANADA’S WORST DRIVER, THE GREAT CANADIAN BAKING SHOW, and IRON CHEF CANADA. In 2017 Proper Television became a division of Boat Rocker Media. www.propertelevision.com.