Hotel Transylvania: The Series Checks In For Season Two With Sony Pictures Animation And Nelvana

HOTEL TRANSYLVANIA: THE SERIES CHECKS IN FOR SEASON TWO WITH SONY PICTURES ANIMATION AND NELVANA

Hotel Transylvania: The Series Checks in for Season Two with Sony Pictures Animation and Nelvana

Nelvana Continues to Distribute the Series Internationally Outside of the U.S. 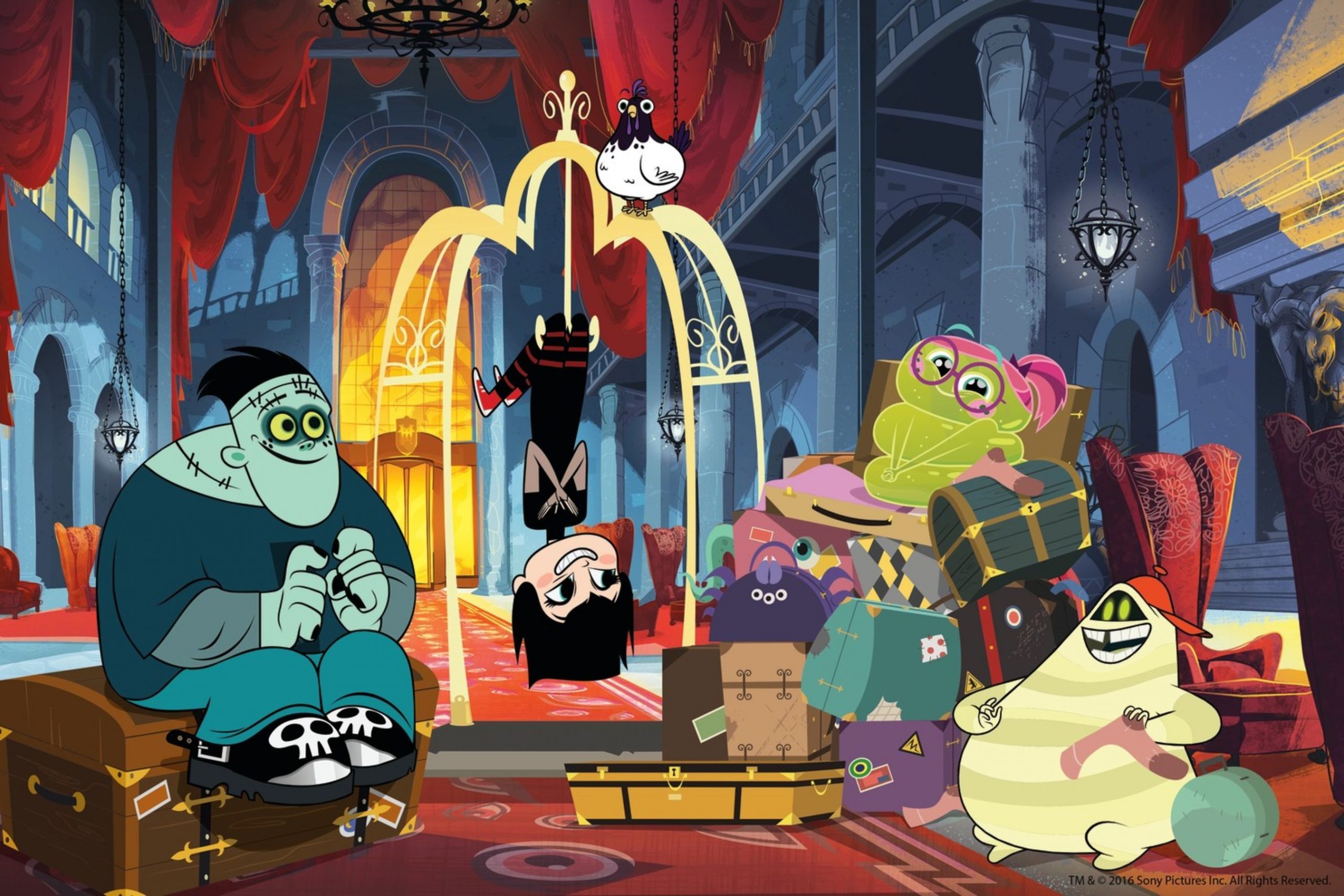 CULVER CITY, Calif., September 12, 2018 – Sony Pictures Animation and Nelvana have announced the second-season renewal of the hit animated comedy Hotel Transylvania: The Series. Disney Channel in the U.S. and their global territories, and TELETOON Canada, a network owned by Nelvana parent company Corus Entertainment, are set to broadcast the new episodes.

Season two follows the wild (mis)adventures of Dracula’s teen daughter Mavis and her pals Hank N Stein, Pedro, and Wendy Blob. Dracula’s older sister, and minder of Mavis, Aunt Lydia remains supremely evil, but this time the audience will see her bonding a bit more with her niece and revealing that she does have a soft spot for family.

The television series renewal comes after the successful opening of Hotel Transylvania 3: Summer Vacation. The film has set a new franchise record of $476M+ at the global box office making it Sony Pictures Entertainment’s biggest animated film of all time. With a timed release during a highly-competitive summer, the film’s strong box office performance around the globe is proof positive that Sony Pictures Entertainment’s broader strategy to make the Hotel Transylvania franchise a 365-day brand is working.

Additionally, the Hotel Transylvania franchise is supported with its biggest consumer products program ever, led by master toy licensee Jazwares. The comprehensive program has broad cross-category representation with top licensees worldwide and is available at major retailers across all channels of distribution.

“We are excited to see the world of Hotel Transylvania growing and expanding across various mediums. Hotel Transylvania has successfully captured both film and television audiences and we are thrilled to support the brands’ growth strategy with the biggest consumer products program ever,” said Jamie Stevens, Executive Vice President of Sony Pictures Worldwide Consumer Products.

“We’re eager to sink our teeth into a second season of this fantastic series and feed its growing fan base,” said Scott Dyer, President, Nelvana. “Hotel Transylvania: The Series and its core quartet of characters have captured the hearts of kids everywhere, and we can’t wait to share many new stories about Mavis, her quirky friends, and the zaniest hotel on Earth.”

The 2013 monster comedy hit, Hotel Transylvania, was nominated for a Golden Globe® and scored the best September opening of all time at the U.S. box office, only to have that record broken by its 2015 sequel Hotel Transylvania 2, now available on Blu-ray, DVD and digital HD. Both films were produced by Sony Pictures Animation, and distributed by Columbia Pictures.

Sony Pictures Animation produces a variety of animated and family entertainment for audiences around the world, including comedy hit franchises such as The Smurfs, Cloudy with a Chance of Meatballs, and Hotel Transylvania. Next for the division are Genndy Tartakovsky’s Hotel Transylvania 3: Summer Vacation, in theaters now; the groundbreaking animated feature Spider-Man: Into the Spider-Verse from the minds of Phil Lord and Christopher Miller in December 2018; the original feature comedy The Mitchells Vs. The Machines in January 2020; and the animated musical Vivo, featuring original songs by Lin-Manuel Miranda, in November 2020. Sony Pictures Animation, which was founded in 2002, is a division of the Sony Pictures Motion Pictures Group.

Nelvana is a world-leading international producer and distributor of children’s animated and live-action content. Nelvana produces a stable of award-winning and globally renowned brands that focus on comedies, preschool and boys action series and ancillary consumer products programs. Nelvana’s content airs on Corus Entertainment’s kids channels in Canada and in over 160 countries around the world. The Nelvana library has well over 4,000 episodes of programming and has received over 70 major international program awards including Emmys® and Geminis. Visit the Nelvana website at nelvana.com.

In Sony Pictures Animation’s Hotel Transylvania 3: Summer Vacation, join our favorite monster family as they embark on a vacation on a luxury monster cruise ship so Drac can take a summer vacation from providing everyone else’s vacation at the hotel. It’s smooth sailing for Drac’s Pack as the monsters indulge in all of the shipboard fun the cruise has to offer, from monster volleyball to exotic excursions, and catching up on their moon tans. But the dream vacation takes a dangerous turn when Mavis realizes Drac has fallen for the human captain of the ship, Ericka, who holds a mysterious secret that threatens them all. Directed by Genndy Tartakovsky and written by Genndy Tartakovsky and Michael McCullers, the film is produced by Michelle Murdocca.