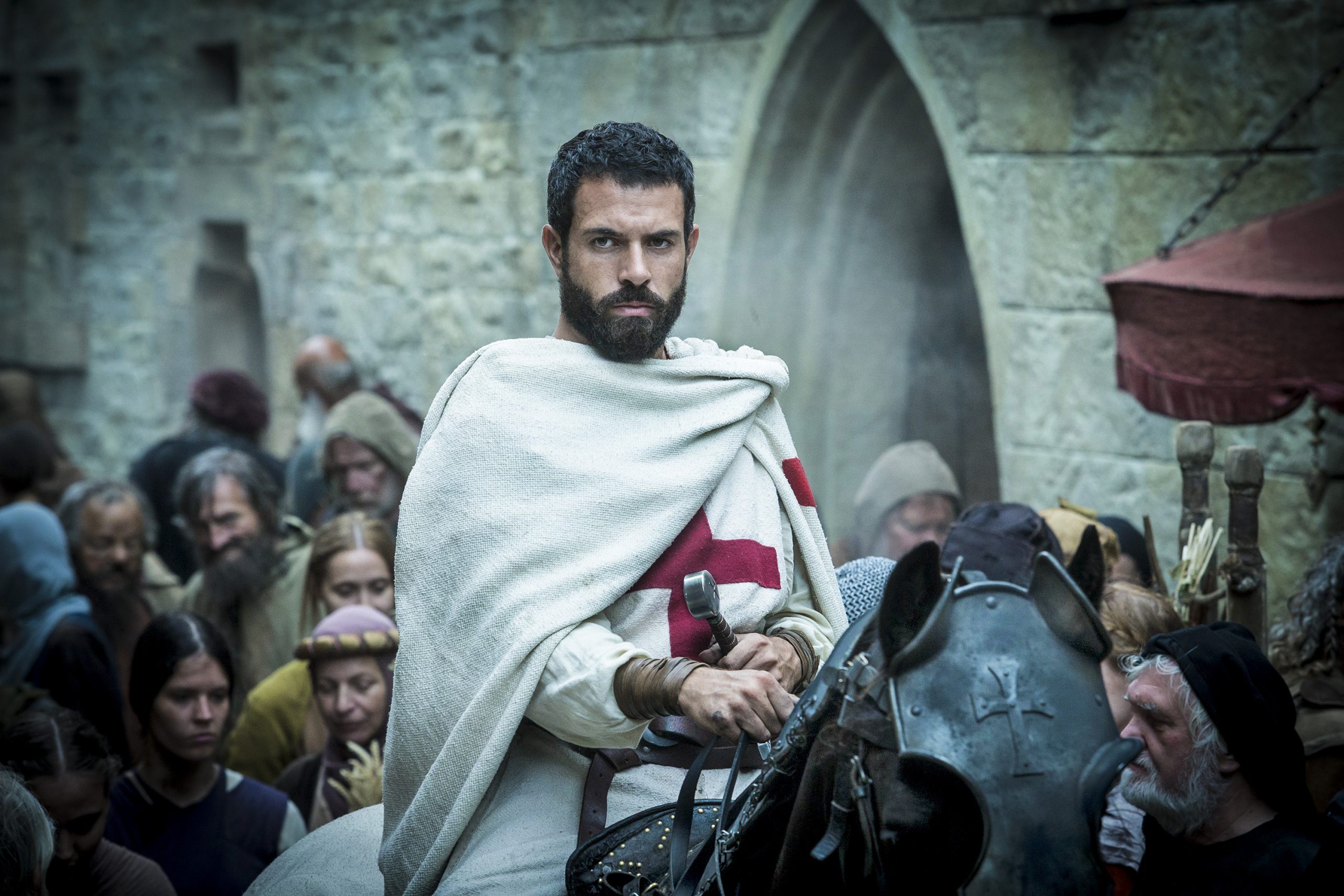 TORONTO, Canada – HISTORY’s new drama series Knightfall, makes its series debut on Wednesday, December 6 at 10 p.m. ET/PT. From A+E Studios in association with Jeremy Renner’s The Combine and Midnight Radio, the 10, one-hour episodes take viewers inside the medieval politics and warfare of the Knights Templar, the most powerful, wealthy and mysterious military order of the Middle Ages who were entrusted with protecting Christianity’s most precious relics. Focusing on themes such as belief, sacrifice, politics, love, power and revenge – Knightfall goes deep into the clandestine world of this legendary brotherhood of warrior monks to find out who these knights were, how they lived, and what they died believing.

The series begins after the fall of the city of Acre, the Templar’s last stronghold in the Holy Land, where the Holy Grail is lost. Years later, a clue emerges suggesting the whereabouts of the Grail and sends the Templars, led by the noble, courageous and headstrong Templar Knight Landry (Tom Cullen, Downton Abbey, Gunpowder), on a life-or-death mission to find the lost Cup of Christ. From their battles in the Holy Land and their clash with the King of France, to the dark events leading to the demise of the Templar Order on Friday the 13th, 1307 – a date which became synonymous with bad luck – the story of the Knights Templar has never been fully told…until now.

In addition to Cullen, the drama series also stars Pádraic Delaney (The Wind That Shakes the Barley, The Tudors) as Gawain, once the greatest swordsman of the Templar Order who was crippled at Acre, and Simon Merrells (Spartacus, Dominion) as Tancrede, a steadfast, brave, and resolute knight who venerates his Templar vows above all else.

Knightfall‘s cast is replete with historical figures, representing the most powerful forces in Medieval Europe. Completing the cast is Jim Carter (Downton Abbey) as Pope Boniface VIII, the Holy Leader of the Templar Knights and a stabilizing, incorruptible force within a chaotic medieval world; Olivia Ross (War and Peace) as Queen Joan of Navarre, wife to King Philip IV of France and a powerful Queen in her own right, a devoted mother, formidable diplomat and keen strategist; Ed Stoppard (The Crown) as King Philip IV of France, the most powerful monarch in Europe who seeks to consolidate his power with the help of his Machiavellian right-hand man and pragmatic lawyer, William De Nogaret, played by Julian Ovenden (Downton Abbey); and Sabrina Bartlett (DaVinci’s Demons) as Princess Isabella, Queen Joan and King Philip’s daughter who would come to dominate the Kingdom of England as the she-wolf of France.

The series also stars Bobby Schofield (Black Sea, Our World War) as Parsifal, a young peasant farmer who seeks to become a part of the Templar Order; and Sarah-Sofie Boussnina (The Bridge, The Absent One) as Adelina, a Jewish refugee from the Holy Land who finds herself the victim of new persecution in Paris.