RUST VALLEY RESTORERS SHIFTS INTO SECOND GEAR FOR A NEW SEASON ON NOVEMBER 21 AT 10 p.m. ET/PT 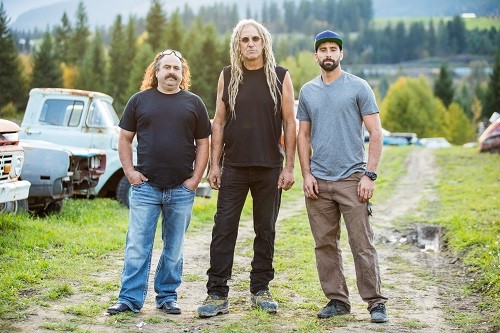 Firing up the second season, the Rust Bros crew make a bold comeback when they tackle a 1968 Camaro and a 1966 Dodge Super Bee restoration that brings back demons from Mike’s past. Then, after Mike loosens his grip on the shop’s steering wheel and appoints Avery as manager, the crew works with one of Rust Valley’s most oddball residents for a major restoration of a 1966 Pontiac Parisienne. However, the job forces Avery to crash in his new role. Later in the season, Avery, determined to prove to Mike that the restoration business can profit, recruits a local legend to help him restore a 1942 Harley Davidson that he discovered buried in Mike’s junkyard.

Fans will also see a personal side of the Rust Bros crew this season, with a visit to Avery’s family farm where Mike’s veterinary skills are tested and a Model T Ford is found; Avery recruiting his son for a restoration project; and Mike’s son Connor races in two demolition derbies – with smashing results. Each episode takes viewers on a thrilling ride of high-stake races, adrenaline pumping rivalries, and chaotic trades, where the crew ultimately need to put their power battles aside and work together in order to cross the finish line.

In advance of the premiere, Mike Hall, Avery Shoaf and Connor Hall are available for in-person interviews from Vancouver and phone interviews nationally.

Rust Valley Restorers is a Canadian production by Mayhem Entertainment in association with Corus Studios for HISTORY.