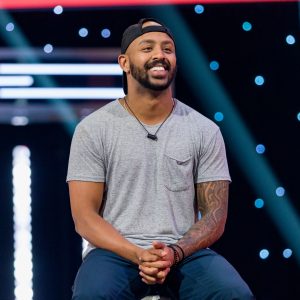 TORONTO, April 8, 2022 – It was another week full of secrets, lies, manipulation and deceit in the Big Brother Canada house under Marty Frenette’s rule. The New Brunswick HOH started his reign by nominating Vancouver’s Josh Nash and Edmonton’s Betty Yirsaw for eviction. But when the POV was used by Toronto’s Kevin Jacobs to take Josh off the block, it was time for Marty to make a resumé move. Marty decided to blindside one of the biggest threats in the house, Nanaimo’s Hermon Nizghi, who was evicted from the Big Brother Canada house in a unanimous vote, becoming the season’s first jury member.

“I think people started to realize how big of a threat I was and this was an opportunity to get me on the backdoor and they took it,” said Hermon. “Because if I would have played in the POV, I’d still be in this house.”

After being put through the hoops in the “Red Light, Green Light” competition, Marty secured his second HOH win of the season, vowing to repair his friendship with Gino Giannopoulos after getting caught in the crossfire of a house flip gone wrong. Under the belief that Betty and Josh purposefully set the Acadian up as one of the rogue voters to eliminate Gino last week, Marty retaliated by nominating the two for eviction. When strategic player, Kevin, partied the hardest and won his first POV competition of the season and used it to take down “Crash Test Dummy” alliance member, Josh, Marty was persuaded to target another big threat in the house: Hermon. Both Betty and Hermon went into campaign overdrive, pleading their cases to stay, but in the end it was Betty who prevailed and Hermon was pushed through the back door, becoming the seventh houseguest evicted on Big Brother Canada Season 10 and the first to join the jury house.

Concluding this week’s live eviction episode was the iconic Head of Household competition “BUZZKILLED”. Beginning at 9 p.m. ET, BBCAN superfans had the opportunity to watch the competition play out in its entirety on the live feeds at Bigbrothercanada.ca. For viewers who prefer suspense, tune in on Monday at 7 p.m. ET/PT to find out who won the coveted HOH competition.

New this season, Wendy’s® is also the proud sponsor of “After the Eviction Interview” – an extension to host Arisa Cox’s in-show interviews. Delivering exclusive access to the houseguests directly following their eviction every Thursday, fans can catch the interviews live on the #BBCAN TikTok account @BigBrotherCA, also available on Facebook and BigBrotherCanada.ca the next day. Then watch Global’s The Morning Show Friday morning at 9:40 a.m. ET to catch Hermon Nizghi’s first broadcast interview, in addition to ET Canada at 7:30 p.m. ET on Global. 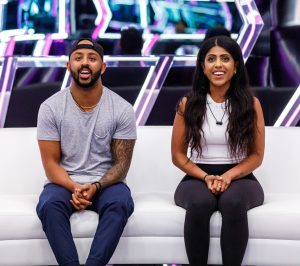