GREEN IS THE NEW GOLD IN HISTORY’S 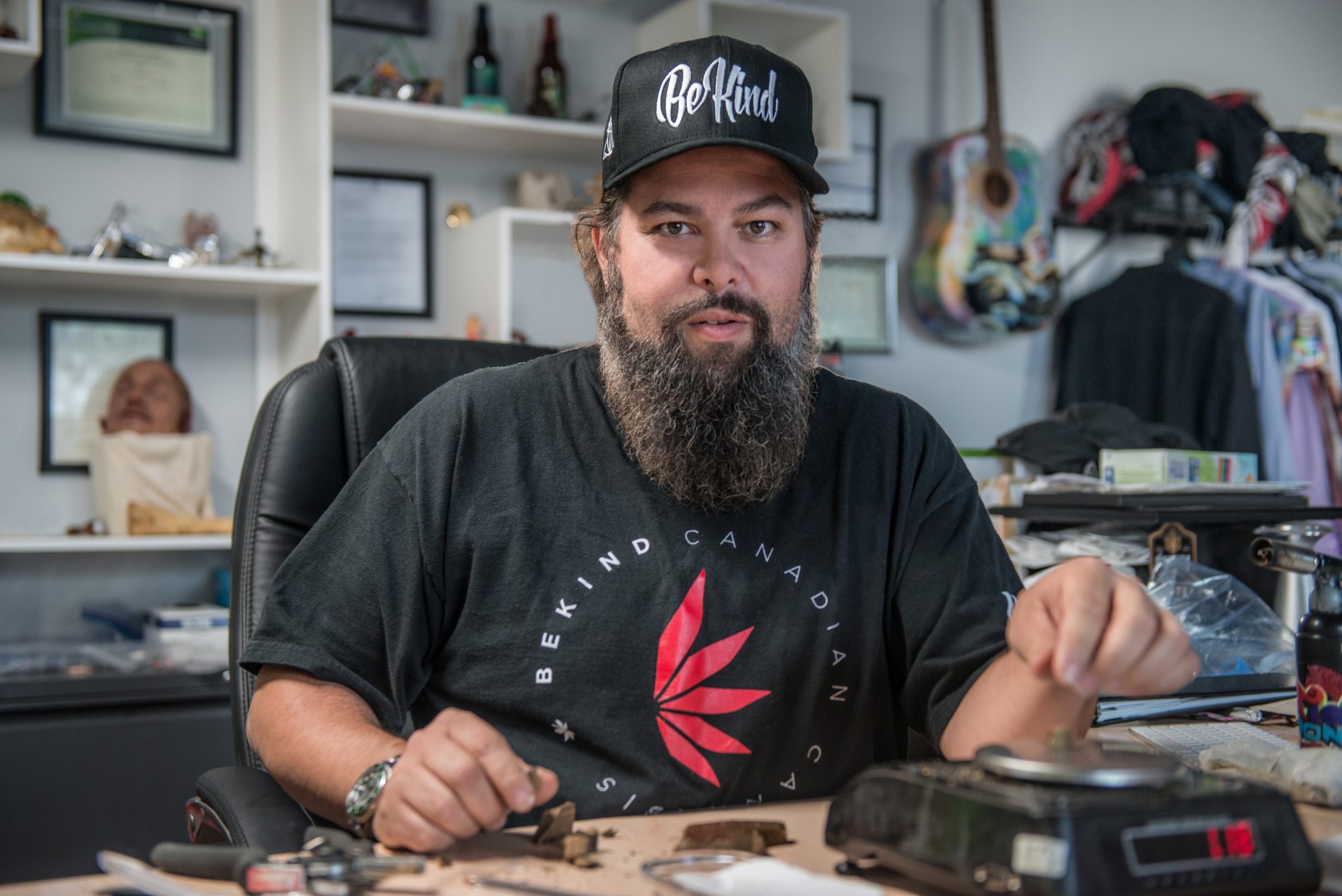 In anticipation of the June 5th premiere, click here for an exclusive sneak peek

TORONTO, Canada –  As Canada rolls towards legalizing marijuana for recreational use, HISTORY® offers an insider’s look into Canada’s estimated multi-billion dollar marijuana industry through the eyes of one grassroots trailblazer in the new original docu-series Bud Empire (7×30). Premiering Tuesday, June 5 at 10 p.m. ET/PT with back-to-back new episodes, the series follows Kelowna pot pioneer Bob Kay as he navigates his medical marijuana dispensary through the burgeoning green rush. As big business and politicians threaten to make independent head shops like Bob’s history, he must find a way to weed out the competition and solidify his place in the new frontier. Produced by Canadian Screen Award winner Trish Dolman (Canada In A Day) and Executive Producer Henry Less (Chef in Your Ear), the series is narrated by actor Will Sasso (MADtv).

Holding one of the largest personal medical marijuana grow licenses in Canada, pot-repreneur Bob has made a name for himself in the Canadian cannabis scene as the owner of Be Kind, the Okanagan’s original Compassion Club. With a head for business and a passion for pot, Bob plans to grow Be Kind from a medical marijuana dispensary into a budding empire with the help of his staff and family. With Ambitious plans to grow his business, Bob looks to partner with Vancouver-based marijuana maverick and renowned grower Jo Le on a joint “LP” – a federal grow license to produce an unlimited amount of weed for retail sale. Can Bob take his small-town pot shop to the next level? Or will he, and countless other marijuana entrepreneurs just like him, soon be history?

Bud Empire premieres just ahead of the Senate’s final vote on Bill C-45, currently scheduled for June 7. If approved, marijuana will become legal for retail purchase and Canada will become the first advanced industrialized nation to legalize and regulate marijuana from production to consumption. Experts currently estimate that the base retail market of recreational marijuana could reach up to $8.7 billion annually*, with $1 billion per year in tax revenue from all marijuana sales.**

About Screen Siren Pictures Inc.
Established in 1997, Screen Siren Pictures is a leading independent film, television and digital media production company based in Vancouver, BC.  Screen Siren creates innovative, award-winning feature films, documentaries and television. With a focus on international co-productions and partnerships, Screen Siren brings creative energy and established local and international industry relationships to all projects. President and founder Trish Dolman has been working in film and television for more than twenty years as an award-winning producer and a documentary director. In April of 2009 she joined forces with feature film veteran Christine Haebler as a producing partner. Known for excellence in production quality and fiscal management, Screen Siren has more than twenty productions to its credit and has produced for leading broadcasters around the world with completed titles premiering and winning awards at the major film festivals. Notable titles include Hector and the Search for Happiness starring Simon Pegg, Rosamund Pike, Toni Collette, Jean Reno and Christopher Plummer, as well as the CSA winning Canada In A Day, a Canada 150 event documentary for Bell Media/CTV, and Audience award favourite, the feature film adaptation Richard Wagamese’s award-winning novel Indian Horse.

About Henry Less HLP+ Partners
Together with partner, Sissy Federer, Henry launched Henry Less Productions, with “Made to Order”, a documentary series set behind the scenes of a posh restaurant. Shot on HD, the series airs in over 120 countries and has been nominated for 5 Geminis, garnering Best Director and Best Photography Geminis for Henry, who co-created the series and was Executive Producer and DOP, as well as Directing most of the 39 episodes. Since then Henry has Produced over 200 hours of smart television including 22 episodes of “11 Cameras”, a Gemini-winning prime time dramatic series for CBC, which Henry Produced and Photographed and was Director on 4 episodes; “Plucked”, a documentary series he created for CMT; “The Wilkinsons”, two seasons of a hybrid comedy which garnered 5 Gemini nominations and won 2, including Best Comedy Performance; “Full Ride” an ESPN series highlighting young football greats heading for the NFL; and “Crystal”, a young singer’s relentless journey through the ruthless music industry. Henry also rebranded “French Food at Home”, a lifestyle food series produced by Ocean Entertainment. As Director/Cameraman and Series Visual Consultant, Henry has branded several television series, creating a unique look and feel for each.  He directed and photographed the pilot episodes of “Exhibit A – The Secrets of Forensic Science” for Discovery, TLC and CTV; “72 Hours – True Crime” for CBC; and Sacred Balance, a 4-part miniseries with David Suzuki, for PBS and CBC. Henry has photographed many opening title sequences including “Regenesis” and “Murdoch Mysteries” for Shaftesbury Films. As Director of Photography, Henry lensed “Ginger Snaps – The Sequel”, a theatrical feature; and the Shaftesbury Films production of “Scar Tissue”, the first CBC movie shot on HD using 3 cameras.