TORONTO, February 23, 2022 – Come on down and spin that wheel Canada, as an all-new crop of houseguests are ready to play the ultimate game of games! Just revealed in the Celebrity Big Brother finale, Global announces 16 Canadians joining Season 10 of Big Brother Canada. Premiering Wednesday, March 2 at 8 p.m. ET/PT, this season’s houseguests will compete in retro and modern-inspired games all combined together to create #BBCAN10, the greatest game show on earth.

This season, the houseguests must keep their eyes on the prize and put their BBCAN knowledge to the test as they compete in complex trivia games, unlock mystery doors, and take on gruelling challenges all season long. There will be undeniable tension, inevitable drama, and possible showmances in the BBCAN house. However, only one lucky houseguest who plays their cards right will triumph as the last contestant standing in the final showdown to become the winner of Big Brother Canada 10!

#BBCAN10 is ready to level up with a new diverse group of houseguests from all kinds of life experiences, eager to take a shot at the biggest social experiment on TV. This season’s houseguests include a charming firefighter from Québec, a passionate theatre director from Ontario, a bubbly master’s student from British Columbia, and more.

Leading up to the big premiere, ET Canada unveils this season’s extravagant game show theme in ET Canada’s 30-minute special, Big Brother Canada All Access. Airing on a new day and time, Wednesday, March 2 at 7:30 p.m. ET/7 p.m. PT, the #BBCAN10 preview special is co-hosted by ET Canada’s Sangita Patel and Season 9 winner Tychon Carter-Newman. The special features an exclusive first look of the new #BBCAN10 house led by Arisa Cox, a sneak peek of what’s to come this season, and a one-on-one interview with Tychon about life after his historic Big Brother Canada win.

But first… let’s meet the 16 houseguests entering the #BBCAN10 house, vying for the grand prize of $100,000 cash, $10,000 for a brand new wardrobe courtesy of WINNERS, and an unforgettable travel experience from Expedia. 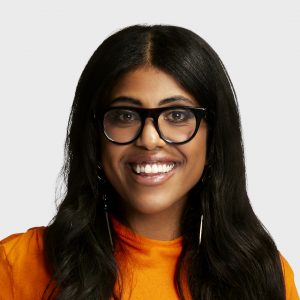 About: Betty may be kind and free-spirited,

but watch out for her feisty side in the BBCAN house! 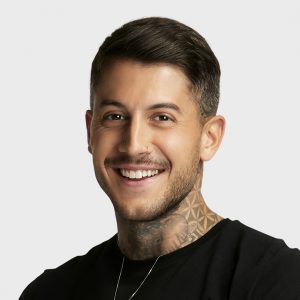 About: Gino is a self-proclaimed “lover”

and sure to charm all the houseguests.

But his strong mental and physical game

inspired by his job as a firefighter will make 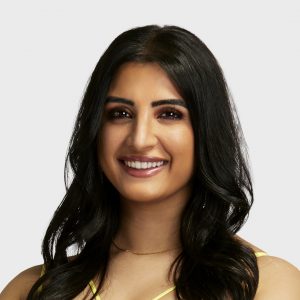 About: Ready to be the friend, therapist,

or whoever you need her to be, Haleena

plans to get the houseguests to fall in love

with her but isn’t afraid of being cutthroat 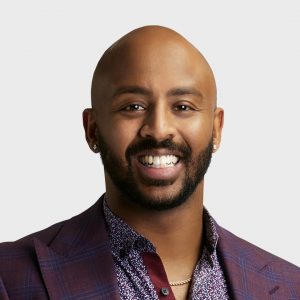 About: Funny, magnetic, and one-of-a-kind,

Hermon knows how to light up a room.

His promise to stand by his morals and

never quit will take him to the top. 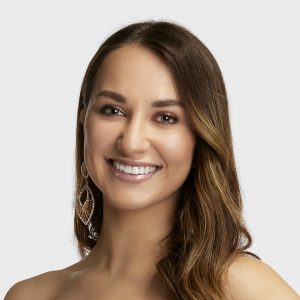 About: An undercover comp beast,

Jacey-Lynne will reveal her athletic

side when the time is right and if it

works for her game, a showmance

could be in the cards. 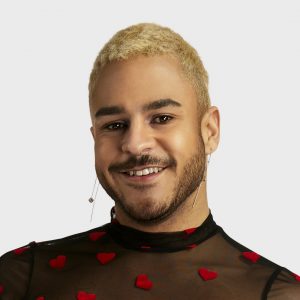 About: Jay has no problem commanding

a room and taking charge. This exuberant

theatre director will use their leadership

skills and acting chops to play the lead role 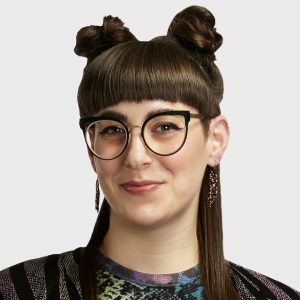 About: This eccentric visual artist

and superfan will slip under the radar

by playing a cool, calm and collected

social game. But underneath it all,

Jessica has a master plan to outwit

the competition and claim the crown. 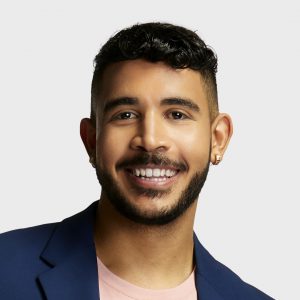 About: With 11 siblings, Josh knows

a thing or two about sharing a house

with many personalities. He will have

no problem being a team player and

creating strong alliances, until he needs

to break off all ties and fly solo to the end. 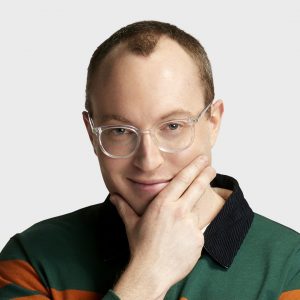 About: Kevin has a diabolical plan

to lie, trick and pit the other houseguests

against each other, all while still 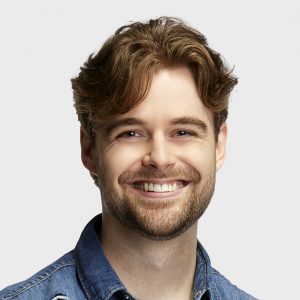 About: Move first, attack in the middle,

and castle early. Kyle’s approach to

the game is like chess and he plans to upend

the board as soon as he enters the BBCAN house. 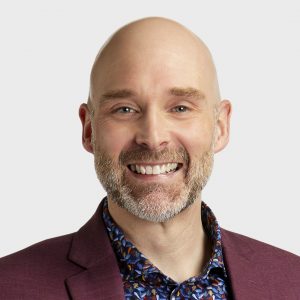 About: Martin is a cool dad and nice guy,

but don’t let him fool you! As a fraud investigator,

he’ll be able to sniff out the liars in the house. 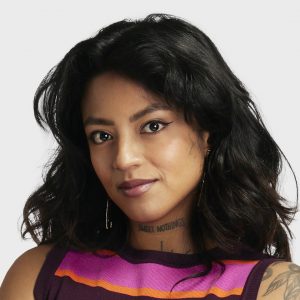 About: Melina lives her life with

spontaneity and no rules, so watch out!

This wildcard will shake up the house with

her dynamic personality and calculated strategy. 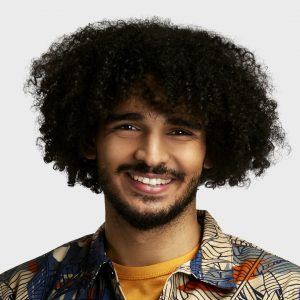 About: Moose plans to be a gutsy player,

trust his instincts, and be loyal to his alliances.

His social game will put everyone under his spell. 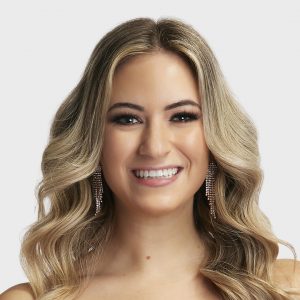 About: With an over-the-top personality and

a winning smile, Stephanie plans to be

everyone’s friend and shoulder to cry on,

but she won’t be afraid to use their secrets against them. 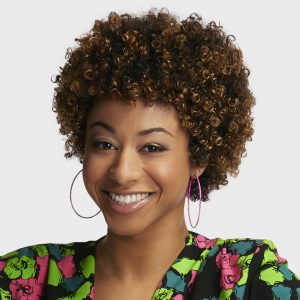 About: Summer is coming to win,

not to make friends. With a short temper

while hangry, she is hoping to stay away from slop

and keep focused on her vision of winning big. 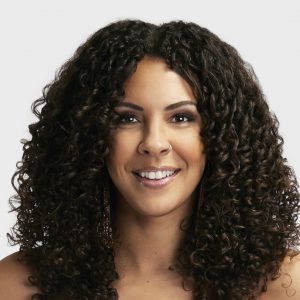 About: Tynesha is representing all

the single mothers of the world! With her

laugh, and joke around to the end.

About Insight Productions (A Boat Rocker Company)
Insight Productions is known for its award-winning ratings juggernauts and is Canada’s most established content producer and an industry leader in the development, financing, and production of hit programming. Insight Senior Vice President Erin Brock serves as Executive Producer – alongside Insight’s Chairman, CEO, and Executive Producer John Brunton, on Big Brother Canada. The company has created some of the most dynamic and top-rated programs including Canada’s New Year’s Eve: Countdown, The Amazing Race Canada (the most watched Canadian show on record), ratings hit Big Brother Canada, Stronger Together/Tous Ensemble (the largest multi-platform broadcast and highest viewed non-sporting broadcast in Canadian television history) and The Tragically Hip: A National Celebration, a live concert special on CBC watched by one in three Canadians.  Insight has also worked in close collaboration with the National Centre for Truth and Reconciliation as executive producers on Every Child Matters: Reconciliation Through Education and National Day of Truth and Reconciliation. Insight Productions was founded in 1979 and has since created thousands of hours of ground-breaking content. For more information on Insight Productions, please visit www.insighttv.com or on Twitter @insightprod or Facebook www.facebook.com/InsightProductions.