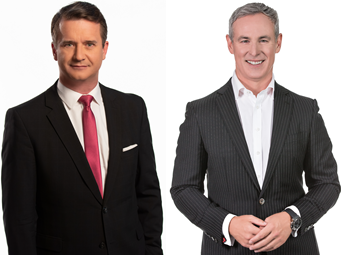 As two of Global’s most recognizable and respected broadcasters, they’ll each bring their own provocative savvy to the airwaves every weekday, starting March 4, with Carter on air from 12-1 p.m. ET and McArthur on air from 1-3 p.m. ET; while for the first time in Toronto, listeners will be able to enjoy Global News at 6 – with anchors Alan Carter and Farah Nasser – on the radio from 6 p.m. – 6:30 p.m. ET.

A veteran in his own right, Jeff McArthur – co-host of Global’s national morning program The Morning Show – returns to his roots, having started his career on talk radio. His career in radio and television spans more than 20 years, during which he’s interviewed the biggest newsmakers from the world of politics, business and sports.

“We’re very pleased to add two talented, experienced broadcasters to Global News Radio 640 Toronto,” said Ward Smith, Senior Vice-President, Global News. “It’s a great opportunity for both Jeff and Alan to showcase their versatility, wit, and wide-range of insights. Great questions, informed guests and razor sharp context is what our growing audience demands from our entire team throughout the day. The addition of Jeff and Alan truly rounds out a great line up.” 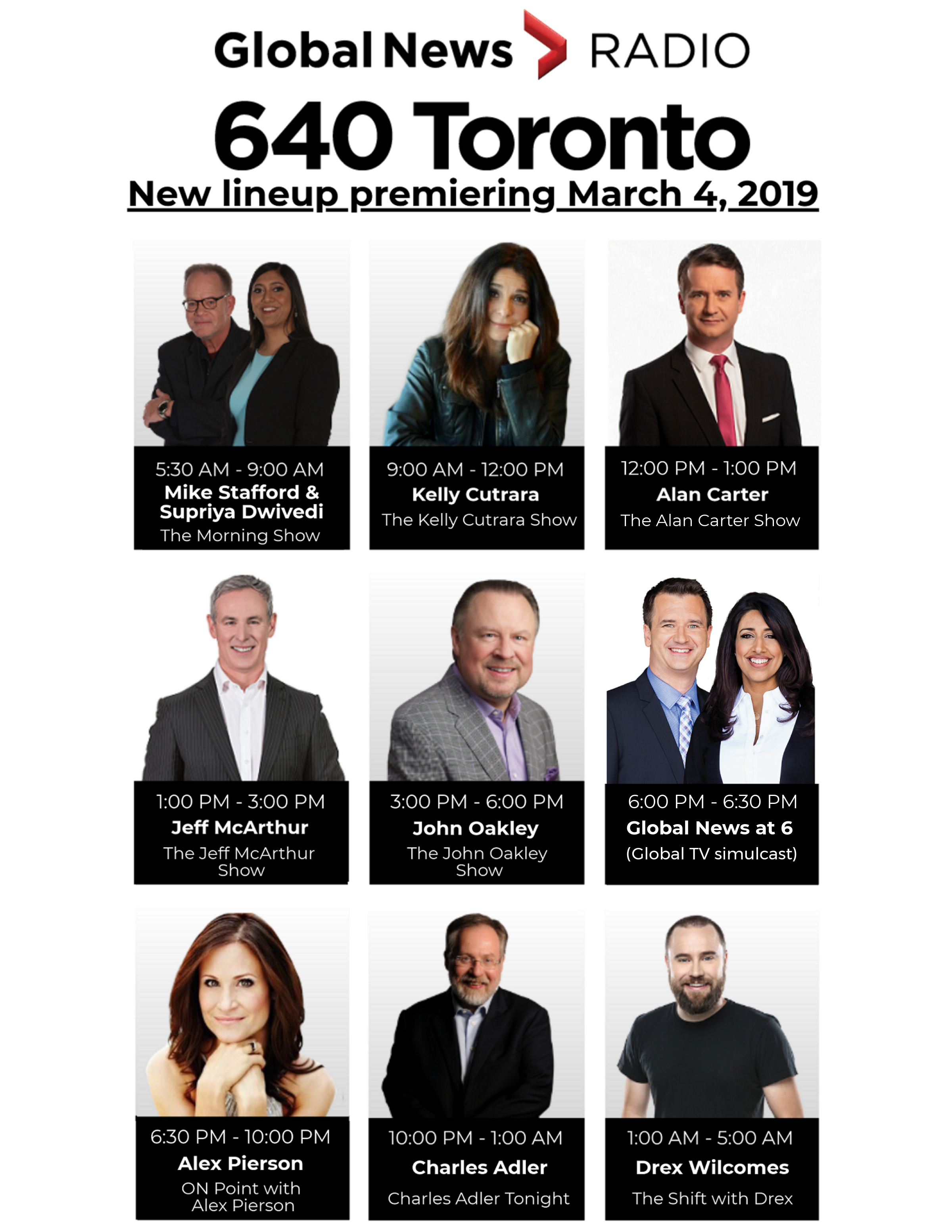