Slice Reveals the Top Aspiring Fashion Designers Ready to
Take the Fashion World by Storm and Compete for a $10,000 Prize

Slice is Available on National Free Preview this September 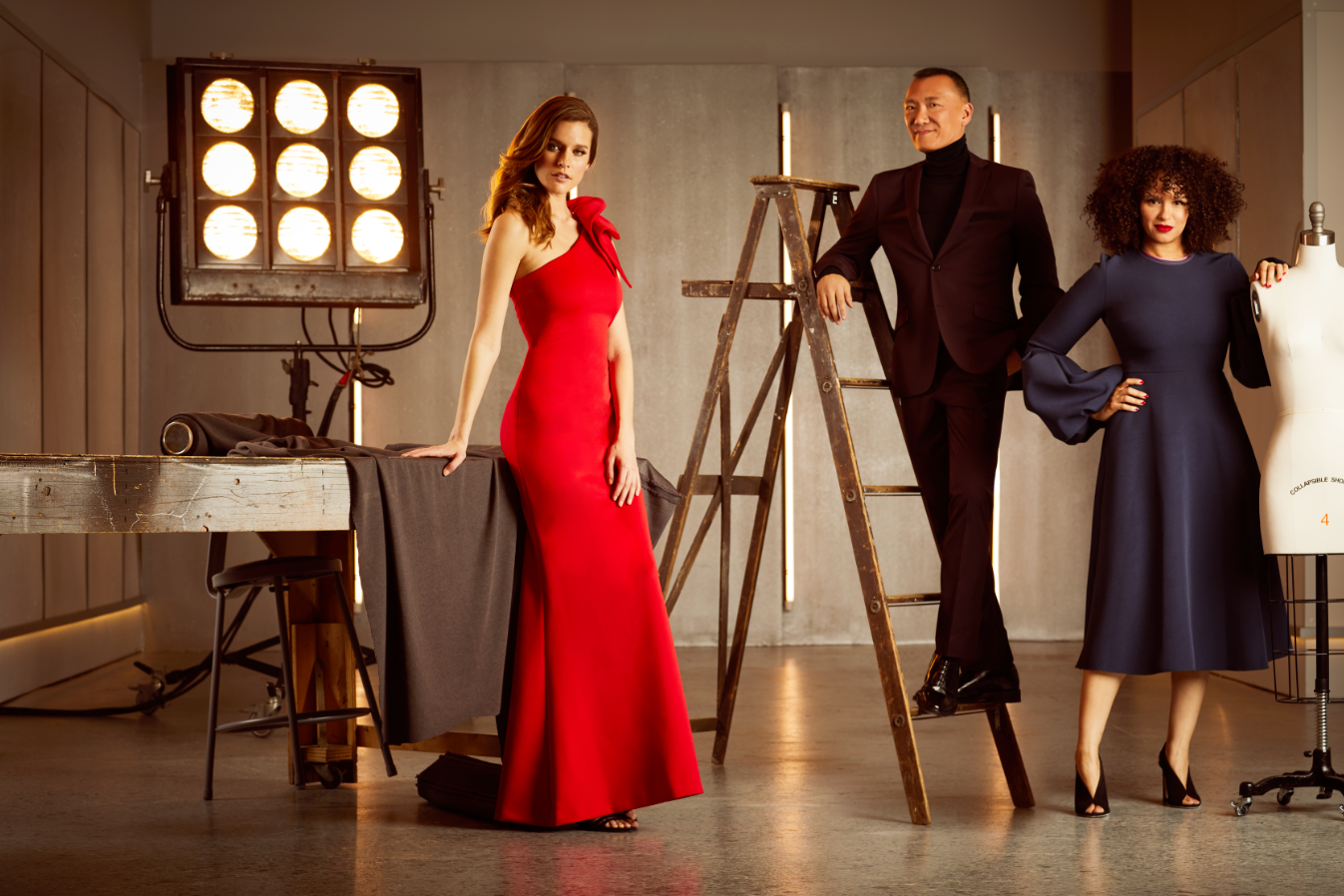 TORONTO, Canada, August, 16, 2018 – Lights, camera, fashion! In Corus Studios’ fierce new fashion competition series STITCHED (12×60), the deadlines are tight, the expectations are high and the judges are hard to please. Premiering Sunday, September 9 at 9 p.m. ET/PT on Slice™, STITCHED showcases jaw-dropping couture creations and big fashion personalities. Hosted by Canadian fashion model and actress Kim Cloutier and an esteemed panel of resident judges including style expert Joe Zee and ELLE Canada’s Editor-in-Chief, Vanessa Craft, each high-style meets high-stakes episode sees four skilled North American designers face off in three dramatic themed challenges. Nothing less than perfection will suffice as the designers compete to prove that they are ready to take the fashion world by storm, and win a $10,000 cash prize.

Following an extensive North America-wide search, 48 highly skilled designers are set to compete in the STITCHED workroom over the course of the season. The designers hail from coast to coast and beyond including St. John’s, N.L., Montreal, Que., Toronto, Ont., Saskatoon, Sask., Calgary, Alta., Los Angeles, Calif., Bronx, N.Y., and more. The competitors vary in age, experience level and design aesthetic but the one thing they all have in common is a passion for fashion. Throughout the season, the designers’ breathtaking pieces will walk the runway on an array of professional and amateur models, including mother-daughter duos, drag queens, real-life brides and young-at-heart seniors. Learn more about the design hopefuls here.

In each of the 12 episodes, three design challenges take place that increase in difficulty, sending one competitor packing each round. The premiere episode, titled Fashion Fur Real, will kick off with “The Signature” where four designers show off their unique style using only fun faux fur. Up next in “The Surprise” challenge, the remaining competitors must avoid tired designs and create fabulous garments using only bedroom materials. Then, in the heated “Standout” round, the final two must create a runway-worthy design that displays their interpretation of a modern superheroine, and prove that they have what it takes to win. Throughout the season, designers will be challenged with everything from reimagining the Canadian tuxedo and creating a garment without a needle or thread, to making an Ambitious outfit using only camping materials and designing a couture look out of sporting goods. Some designers may crack under pressure, while others will create dynamic designs.

As the exclusive fashion retailer for the series, Marshalls is integrated into various episodes through surprising challenges and guest stylist appearances. The Marshalls Accessory Shop, stocked full with designer footwear, purses, belts, sunglasses and more, acts as the ultimate style destination for designers to complete their final looks before heading to the runway. Beginning September 9, fans of the series can also enter the Marshalls Stitched contest running on Slice.ca for a chance to win a weekly prize and a $1,000 Marshalls shopping spree.

Throughout the season on Slice.ca, viewers can get a behind-the-scenes look at the STITCHED set with Joe Zee, learn more about host Kim Cloutier and her break into the fashion industry, and watch Vanessa Craft talk trends and timeless fashion. In addition, behind-the-scenes photo galleries and closer looks at each week’s designs will be available after each episode. Full episodes will also be available On Demand with participating service providers and online after broadcast at Slice.ca/stitched.

Slice is available on a National Free Preview for the month of September. Please check local listings for additional details. STITCHED will also air on W Network Thursdays at 10 p.m. ET/PT beginning September 13.

STITCHED is produced by FORTÉ Entertainment in association with Corus Studios for Slice. For Corus, Krista Look is the Director of Original Lifestyle Content and Andrea Griffith is Executive in Charge of Production. On behalf of FORTÉ Entertainment, Andrea Gabourie and Mitchell Gabourie serve as Executive Producers and Natalie Schenk is Showrunner.

Slice is a Corus Entertainment network.

The cast of STITCHED, Kim Cloutier, Joe Zee and Vanessa Craft, are available for national phone interviews and in-person opportunities on September 5 in Toronto.