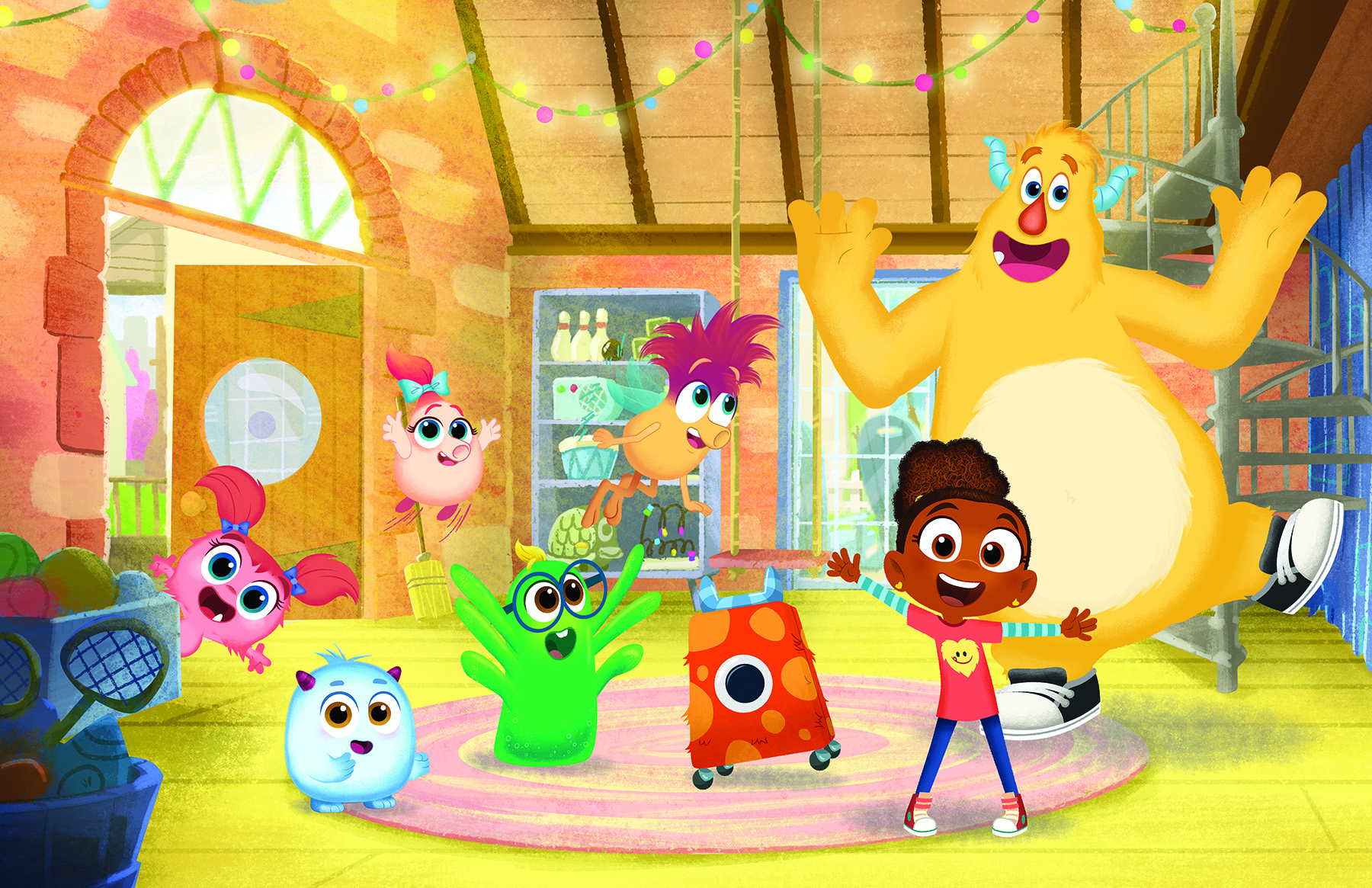 TORONTO, March 31, 2020 – Corus Entertainment’s Nelvana, a world-leading international producer and distributor of children’s animated and live action content, together with Sesame Workshop, the non-profit educational organization behind Sesame Street and its local productions around the world including Sésamo in Latin America, are pleased to announce that the first season of the award-winning animated series Esme & Roy has been picked up by Discovery Kids in Latin America. Distributed by Nelvana, the 52 x 11 min series was created by TV veterans Dustin Ferrer and Amy Steinberg.

“We are proud to continue to share Esme & Roy with new audiences and empower children to play and learn,” says Mellany Masterson, Head of Nelvana Enterprises. “In today’s challenging times, lessons in mindfulness, creativity and socio-emotional development are more important than ever. The series entertains children all over the world with these strong universal themes and we are excited to introduce this dynamic monstersitter duo to Discovery Kids Latin America and its young audience.”

About Nelvana
Nelvana is a world-leading international producer and distributor of children’s animated and live-action content. Nelvana produces a stable of award-winning and globally renowned brands that focus on comedies, preschool and boys action series and ancillary consumer products programs. Nelvana’s content airs on Corus Entertainment’s kids channels in Canada and in over 160 countries around the world. The Nelvana library has well over 4,000 episodes of programming and has received over 70 major international program awards including Emmys® and Geminis. Visit the Nelvana website at nelvana.com.

About Sesame Workshop
Sesame Workshop is the non-profit media and educational organization behind Sesame Street, the pioneering television show that has been reaching and teaching children since 1969. Today, Sesame Workshop is an innovative force for change, with a mission to help kids everywhere grow smarter, stronger, and kinder. We’re present in more than 150 countries, serving vulnerable children through a wide range of media, formal education, and philanthropically-funded social impact programs, each grounded in rigorous research and tailored to the needs and cultures of the communities we serve. For more information, please visit www.sesameworkshop.org.