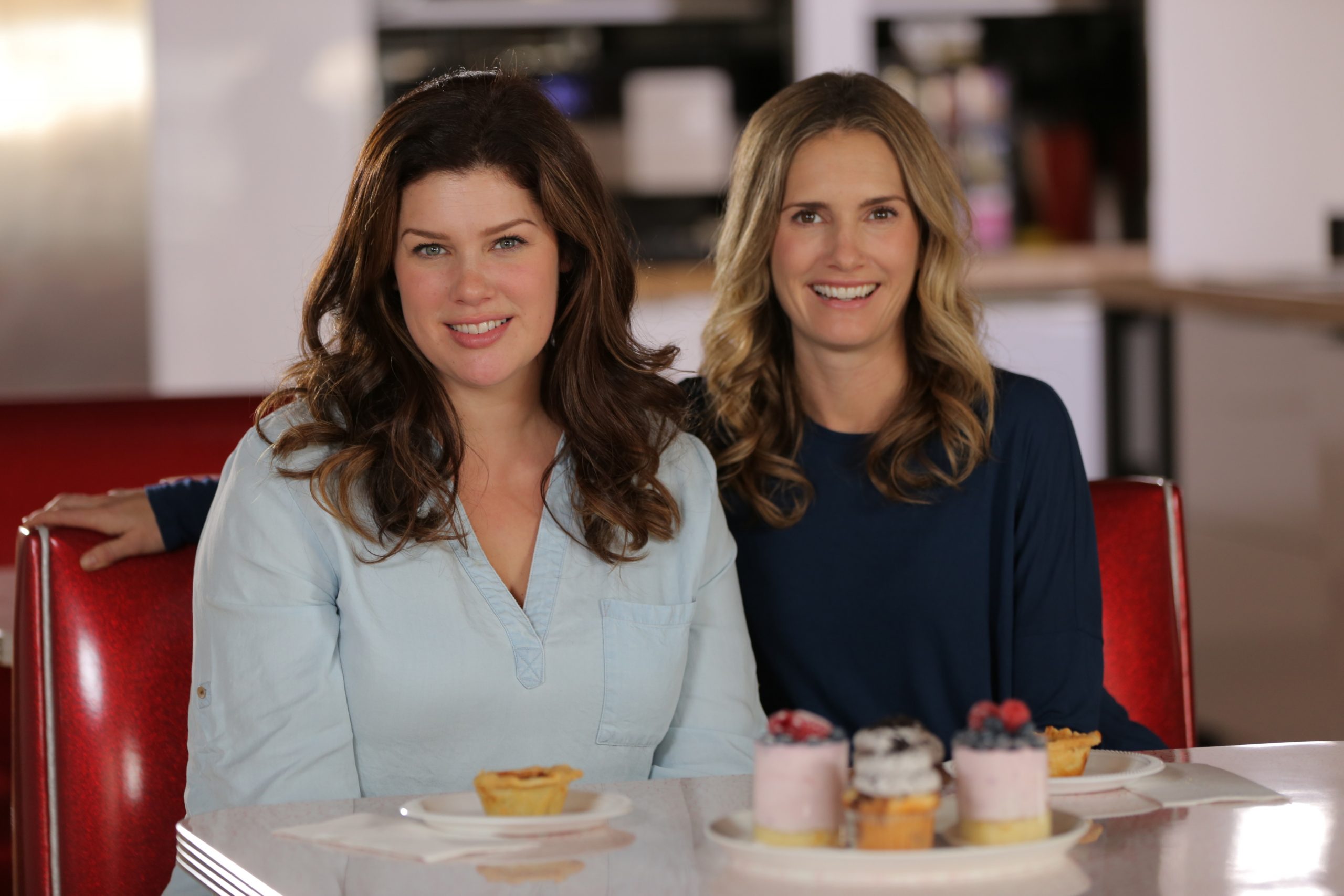 TORONTO, March 21, 2017 – Corus Studios, a division of Corus Entertainment, today announced a newly greenlit, unscripted, food travelogue series for international sale at MIPTV. The company continues to grow its slate of outstanding original unscripted series developed for its portfolio of Women and Lifestyle channels and this season debuts The Baker Sisters (13×30) to the international market.

Celebrating the most mouthwatering baked treats across North America, The Baker Sisters follows siblings and bakers Rachel Smith and Jean Parker as they take viewers inside the sublime world of sensational sweets. In each episode, the dynamic duo visit three locations including bakeries, delis, and restaurants, seeking out and sampling signature baked goods. From ooey-gooey sticky buns to a magical tower of macarons, the ladies roll up their sleeves and pitch in, discovering new techniques on how these famous goodies are made. The Baker Sisters is produced by Alibi Entertainment Inc. in association with Corus Studios for Food Network Canada.

Other unscripted series being sold at MIPTV include:

Backyard Builds (8×30) – LIFESTYLE/RENO
When indoor space isn’t enough, Backyard Builds showcases the endless opportunities outdoor areas can provide. Contractor and designer Brian McCourt and design expert Sarah Keenleyside work with homeowners to create one-of-a-kind, creative structures in outdoor spaces. Whether it’s a shipping container converted into an office space or backyard forest transformed into a treehouse village, this duo can extend any living space on a budget. Produced by Frantic Films in association with Corus Studios for HGTV Canada.

$ave My Reno (14×30) – LIFESTYLE/RENO
Cash-conscious homeowners finally catch a break when Sebastian Clovis, the savvy contractor with contagious energy, and Sabrina Smelko, the resourceful DIY designer, slash budgets by putting homeowners to work and hunting for salvaged goods. Together, they give homeowners the reno they want on a budget they can afford. Produced by Great Pacific Media in association with Corus Studios for HGTV Canada.

Home to Win – Season 2 (8×60) – LIFESTYLE/RENO COMPETITION – IN PRODUCTION
The best known renovation and design celebrities including Scott McGillivray (Income Property), Mike Holmes (Holmes on Holmes), Bryan Baeumler (Leave it to Bryan), and Sarah Richardson (Sarah 101) come together to transform an average house into a dream waterfront property for one lucky competitor to win. Produced by Architect Films in association with Corus Studios for HGTV Canada.

Worst to First (10×60) – LIFESTYLE/RENO – IN PRODUCTION
Mickey and Sebastian are brothers -in -law, business partners, and best friends who help hopeful families find the worst house in the best neighbourhood and transform it into a home that is first in their hearts. Produced by Great Pacific Media in association with Corus Studios for HGTV Canada.

Corus Entertainment has a longstanding history of international success in the Kids programming category through its production and distribution giant Nelvana, and in more recent years, through Corus Studios, the company has expanded its content offering into the unscripted Women and Lifestyle genre. As commissioning broadcaster and distributor of Canadian series that have achieved international success, with Masters of Flip now available more than 90 territories worldwide and Buying the View in more than 60 territories, Corus brings its production, broadcast and distribution expertise to this year’s slate of internationally appealing series.

Corus Studios is a division of Corus Entertainment

About Corus Studios
Corus Entertainment has a longstanding history of success in the children’s animated content category through its production and distribution giant Nelvana. Since 2016 Corus Studios has been producing and distributing original lifestyle content globally. From hit series Masters of Flip to Buying the View and Home to Win, Corus Studios’ series are now available in over 100 territories worldwide. ​