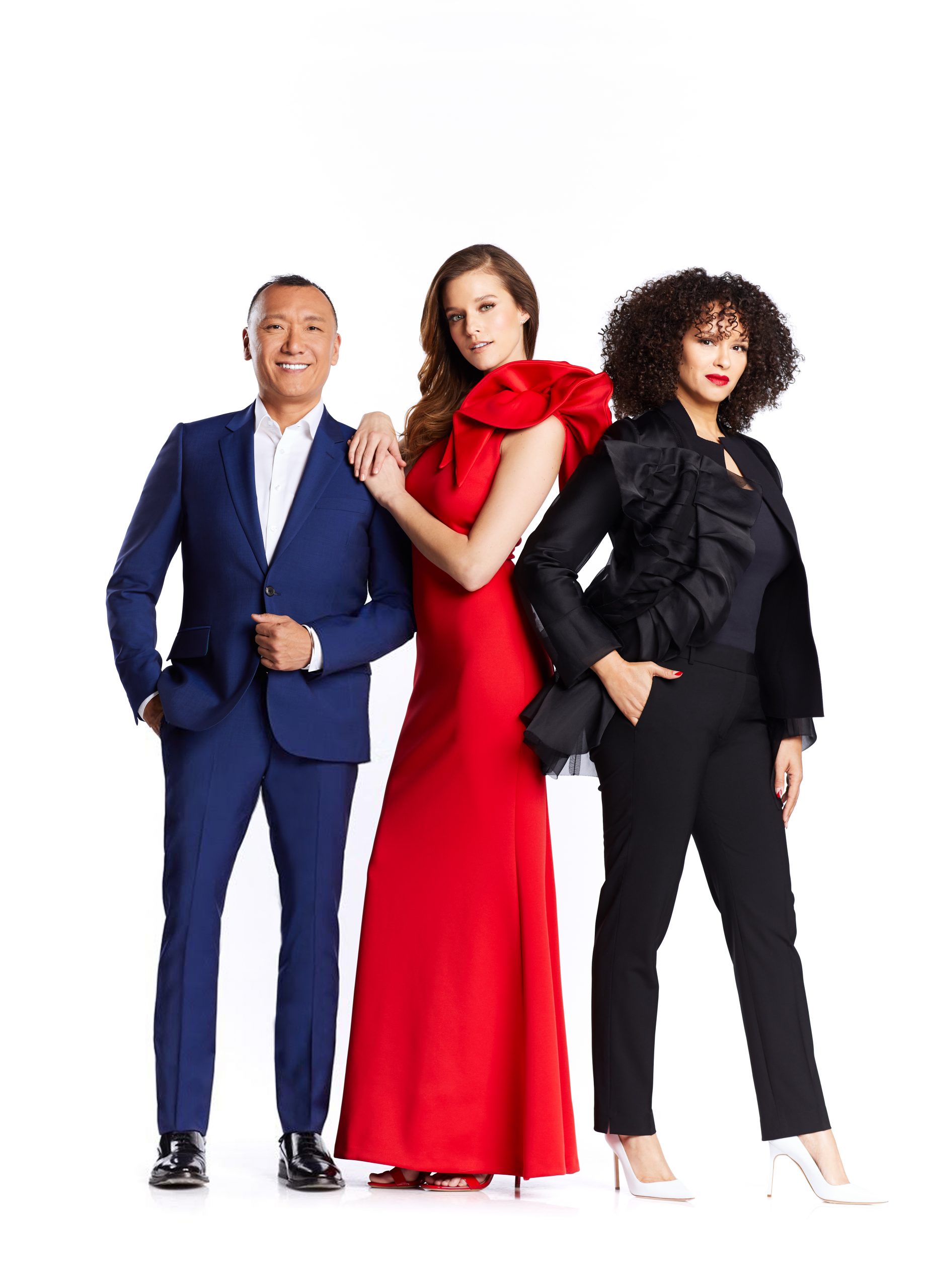 Introducing a new wave of talented fashion designers, the series matches wits and stitches in an epic fashion throw-down in three rounds. In every high-style-meets-high-stakes episode, four competitors face off in dramatically themed challenges with one designer eliminated each round. Facing the oh-so-sharp resident judges and a new guest judge per episode, designers create Ambitious outfits inspired by unique materials and concepts under tight timelines. In the end, the top designer from each episode rises to the top with a couture-level creation that earns them the $10,000 prize.

“STITCHED marks a fabulous new chapter in the world of fashion reality competition and we know that this exciting, original format is going to make waves in Canada and beyond,” said Executive Producer Andrea Gabourie, FORTÉ Entertainment.  “We are delighted to partner with Corus on this great series and show that strong, successful domestic formats can stand equal to blockbusters from around the world.”

Meet the endlessly chic host and panel of STITCHED:

Kim Cloutier (Host): Montreal-born and internationally known fashion model Kim Cloutier takes the reigns as host.  Having worked on campaigns spanning from Victoria Secret to Redken, Kim brings her insider knowledge of the fashion industry to the STITCHED runway.

Vanessa Craft (Resident Judge): ELLE Canada’s Editor-in-Chief Vanessa Craft rounds out the solid resident judging panel. A jet-setting authority on fashion who is a fixture at international runway shows, this style expert is eloquent and playful and always looking for the deeper story behind a designer’s vision.

For Corus, Krista Look is the Director of Original Lifestyle Content and Andrea Griffith is Executive in Charge of Production. On behalf of FORTÉ Entertainment, Andrea Gabourie and Mitchell Gabourie serve as Executive Producers and Natalie Schenk is Series Producer.