Watch Big Brother Canada Monday at 7 p.m. ET/PT to See who Becomes the Next Head of Household on Global 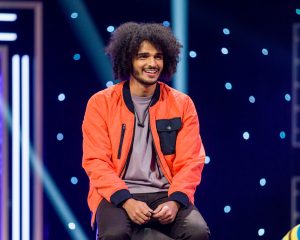 TORONTO, April 15, 2022 – Pawns are never safe in the Big Brother Canada house when unpredictability is the name of the game. Firefighter Gino Giannopoulos smoked the competition, becoming last week’s new Head of Household for a second time this season. He had one goal in mind: to backdoor New Brunswick’s Marty Frenette. Placing two pawns on the block, Moose Bendago and Summer Sayles, with hopes of one coming down, the HOH’s plan was extinguished when Haleena Gill and Jacey-Lynne Graham won the Power of Veto and the secret Power of Veto, respectively, that both chose not to use, sending Moose home in a unanimous vote.

“I think that people understood at this point in the game, they didn’t want a competitor who could take it all to stay,” said Moose. “And after the second campaign, people thought if Moose could stay now, nothing is going to get him out of the house at any point, so we might as well take our chance while we can.”

When Laval’s Gino won his second mental comp of the season, his plan to evict frenemy, Marty, on his HOH reign was set in motion. With blockstar Moose and social butterfly Summer nominated as pawns under the assumption that the entire house would agree to backdoor Marty, Haleena threw a wrench in that plan when she sunk her teeth into the competition and won the POV. Deciding that Marty remaining in the house was best for her game, Haleena chose not to use the Veto. But with unexpected surprises in the BBCAN house, Jacey-Lynne completed a top-secret mission consisting of phone calls, secret doors and puzzles, winning the Secret POV and getting the chance to remove one of the nominees from the block. However, after confirming Gino no longer wanted to backdoor Marty, Jacey-Lynne decided to not use her Secret POV power and kept the noms the same. The firefighter’s original backdoor plan was burnt to the ground, as Moose was evicted, becoming the second jury member of Big Brother Canada Season 10.

Thursday’s episode concluded with the beginning of the HOH competition, “Mount HOH,” where the houseguests’ strength and stamina were put to the test. Tune in Monday to find out who will become the next HOH. Plus, next week the house is in for a big surprise when they discover that Canada had another opportunity to guarantee someone’s safety next week with the belairdirect Eviction Protection Insurance vote ahead of Thursday night’s big Triple Eviction. Voting for the belairdirect Eviction Protection Insurance is now open until Friday, April 15 at 2 p.m. ET at bigbrothercanada.ca/belairdirect.

New this season, Wendy’s® is also the proud sponsor of “After the Eviction Interview” – an extension to host Arisa Cox’s in-show interviews. Delivering exclusive access to the houseguests directly following their eviction every Thursday, fans can catch the interviews live on the #BBCAN TikTok account @BigBrotherCA, also available on Facebook and BigBrotherCanada.ca the next day. Then watch Global’s The Morning Show Tuesday, April 19th at 9:40 a.m. ET to catch Moose Bendago first broadcast interview, in addition to ET Canada at 7:30 p.m. ET on Global.

Watch the drama heat up on Global, Monday at 7 p.m. ET/PT to see who wins the next Head of Household competition, Wednesday at 7 p.m. ET/PT to find out who wins the Power of Veto and receives Canada’s belairdirect Eviction Protection Insurance vote. Then tune in Thursday at 8 p.m. ET/PT for the dreaded Triple Eviction. In addition, fans can become flies on the BBCAN wall as the live feeds are now streaming at Bigbrothercanada.ca. 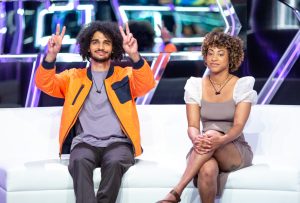