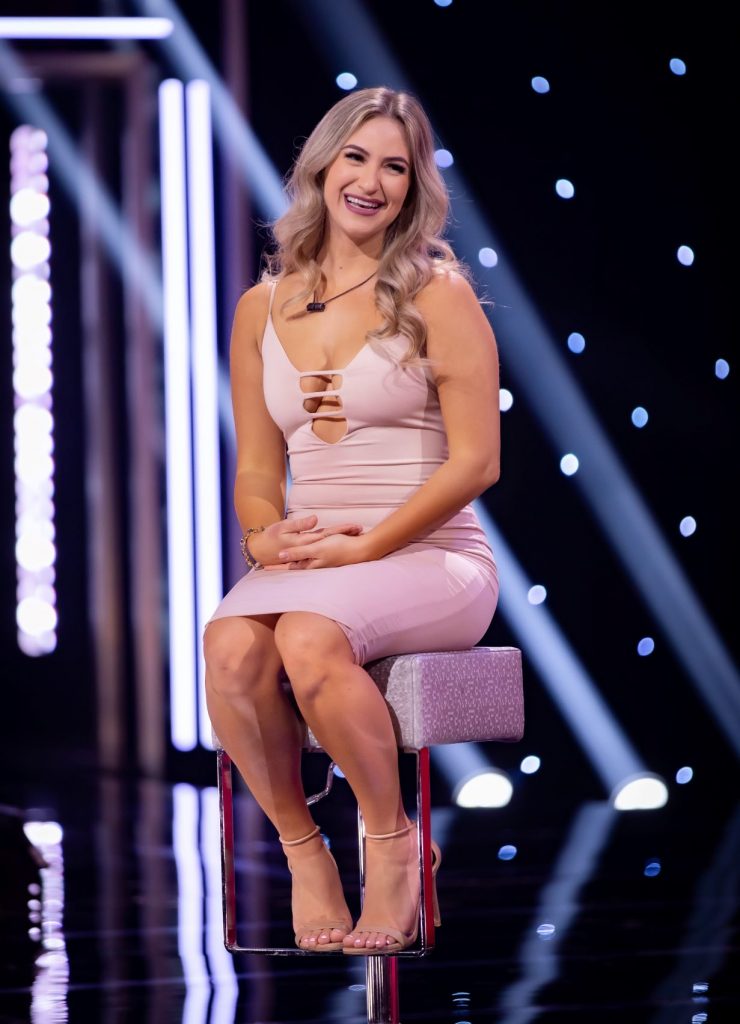 TORONTO, March 18, 2022 – Chaos ensues in the house as alliances are obliterated under King Kyle’s reign of power in the third week of Big Brother Canada Season 10. Head of Household, Halifax’s Kyle Moore, carried out the ultimate betrayal by putting up two of his alliance members, Toronto’s Moose Bendago and Stephanie Paterson, for eviction. But with a bee in his bonnet, Moose won the POV, becoming the third nominee to take themselves off the block. With his plans thwarted, Hurricane Kyle fueled the storm building inside the house by nominating yet another ally, Vancouver’s Josh Nash, as the replacement nominee. But Kyle’s castle came crashing down as Stephanie and her “allies” were blindsided when she became the third houseguest evicted by a vote of 9 to 2.

“I think Josh is a very strong player and he was able to talk his way into staying,” said Stephanie. “And maybe I felt a little bit too confident, but that’s just who I am, I’m a confident person. You tell me at face value, I take it at face value. But in this game, nothing is at face value.”

After sliding his way to victory in last week’s HOH competition, King Kyle’s week-long rule brought nothing but anarchy, betrayal and drama to the BBCAN10 house in what was one of the most chaotic weeks in BBCAN history. A convincing performance by Moose to defuse Stephanie’s anger towards him after suggesting to Kyle that she go up as a nominee, raised a red flag for the Head of Household. With a clear target in mind, Kyle nominated two of his alliance members for eviction: Moose from “The Seven” and Stephanie from “The Retreat.” But the mayhem didn’t stop there! Target Moose won the “Bees Knees 2.0” POV competition, putting a grinding halt on Kyle’s master plan. After Marty suggested nominating major threat Josh, Kyle contemplated whether to follow his advice or play it safe and put up pawn-star Betty Yirsaw. But heavy is the head that wears the crown, and Kyle chose to blindside another member of “The Seven” alliance, naming Josh as the replacement nom. In the shocker of all shockers, Kyle’s game imploded when a noticeably stunned Stephanie became the third houseguest evicted from the Big Brother Canada house.

This week’s live eviction episode concluded with the Head of Household competition, “Shoppers Showcase,” where Arisa tested how well the houseguests paid attention to the prices of the items in the BBCAN pantry. After Canada watched Gino, Betty, Marty and Moose battle it out in a four-way tie breaker, the price was right for Gino who was crowned the new Head of Household.

New this season, Wendy’s® is also the proud sponsor of “After the Eviction Interview” – an extension to host Arisa Cox’s in-show interviews. Delivering exclusive access to the houseguests directly following their eviction every Thursday, fans can catch the interviews live on the #BBCAN TikTok account @BigBrotherCA, also available on Facebook and BigBrotherCanada.ca the next day. Then watch Global’s The Morning Show Friday morning at 9:30 a.m. ET to catch Stephanie’s first broadcast interview, in addition to ET Canada at 7:30 p.m. ET on Global.

Watch the drama heat up on Global, Monday at 7 p.m. ET/PT to see who Gino nominates for eviction, Wednesday at 7 p.m. ET/PT to find out who wins the Power of Veto and Thursday at 8 p.m. ET/PT for Eviction night. In addition, fans can become flies on the BBCAN wall as the live feeds are now streaming at Bigbrothercanada.ca.