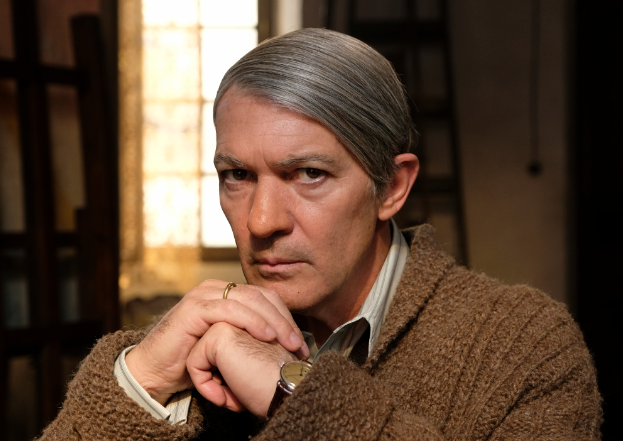 TORONTO – Following the success of its ground-breaking first season, Emmy®, Golden Globe®, and Screen Actor’s Guild Award®–nominated anthology series Genius explores a new icon in its second instalment: Pablo Picasso. As one of the most influential and celebrated artists of the 20th century, his passionate nature and relentless creative drive were linked inextricably to his tumultuous personal life. Genius: Picasso (10×60) chronicles the prolific artist as he pushed the boundaries of artistic expression, leading to his worldwide renown as a genius. The acclaimed series premieres with back-to-back episodes Tuesday, April 24 at 9 p.m. ET/PT on National Geographic with subsequent new episodes airing at 10 p.m. ET/PT, beginning May 1.

Antonio Banderas (The Skin I’m In, The Mask of Zorro) brings to life the artistic career of Pablo Picasso. Joining Banderas in the role is Alex Rich, (Glow, True Detective), as the younger Pablo who rejects academic study and joins the circle of young bohemian artists and writers struggling to make it in early 20th century Spain and France.

Clémence Poésy (The Tunnel) portrays Françoise Gilot, a French painter and best-selling author whose decade-long affair with Picasso yielded two children and who was his only lover strong enough to withstand his ferocious intensity and move on with her life. Sebastian Roché (Young Pope) is Emile Gilot, Francoise’s tyrannical father. Robert Sheehan (Fortitude), plays Carles Casagemas, a Spanish art student and poet who was one of Picasso’s closest friends. Poppy Delevingne (Kingsman: The Golden Circle), portrays Marie-Thérèse Walter, a lover and muse of Picasso, who mothered his first daughter. Aisling Franciosi (Game of Thrones) is Fernande Olivier, a French artist and model, of whom Picasso painted more than 60 portraits.

They join returning cast members from the Emmy®,  Golden Globe®, and Screen Actor’s Guild Award®–nominated first season, Samantha Colley (The Crucible) as Dora Maar, a French photographer and painter who was also Picasso’s lover and muse; T.R. Knight (Grey’s Anatomy) as Max Jacob, one of Picasso’s first friends in Paris; Seth Gabel (Salem) as Guillaume Apollinaire, one of the foremost poets of the 20th century and a frequent collaborator with Picasso; and Johnny Flynn (Lovesick), who makes a special appearance as French actor Alain Cuny. The series also features a number of well-known personalities who crossed paths with Picasso, including Coco Chanel, Henri Matisse, Georges Braque and Jean Cocteau.

The second season of the acclaimed series began production last year, filming in many locations where Picasso himself once lived and worked. These locations included Paris, Barcelona, Budapest, Malta, and a three-day shoot in Málaga, Spain, the birthplace of both Picasso and Banderas, where production filmed in the same house in which Picasso was born, the church where he was baptised and the bullring where he found much inspiration in his youth.